In 1989, Star of Hope, a nonprofit dedicated to ending homelessness, built a 51,000-square-foot shelter for homeless women and families in Houston’s East End, a historically Hispanic, rapidly gentrifying area east of downtown. The shelter housed as many as 300 people at a time, who could stay as long as 90 days while they received assistance from career counselors, chaplains, and tutors. The goal, according to Star of Hope’s website, was “keeping families together in a safe, stable environment.”

Today, that same facility, now vacant, is under consideration to serve a very different purpose—housing the children taken from their migrant parents by the federal government. Earlier this month, the Austin-based nonprofit Southwest Key Programs signed a lease for 419 Emancipation Avenue and filed an application with the state to operate a childcare facility for 240 children between the ages of “0 and 17.”

Southwest Key has a $458 million contract with the Office of Refugee Resettlement to house unaccompanied immigrant minors at 26 facilities across the country, including five in the greater Houston area. But the Trump Administration’s new “zero tolerance” policy of prosecuting all immigrants illegally crossing the border has created a surge of new children who have been separated from their parents. To meet the demand, Southwest Key is expanding its existing facilities and opening new ones, such as the former homeless shelter at 419 Emancipation. And while Trump signed an executive order preventing family separations, Southwest Key has moved forward with expansion plans.

But it’s unclear whether the shelter will ever open. On June 21, Houston Mayor Sylvester Turner called on Southwest Key to retract its application. “The plan to proceed in housing children under [the “zero tolerance”] policy that was screwed up from the beginning is not going to go down well,” he said, addressing Southwest Key’s leadership. “You are not going to remove the stain.” If Southwest Key insisted on proceeding, Turner said the city would draw out the city permitting process as long as possible.

Alan Bernstein, Mayor Turner’s communications director, reiterated the mayor’s opposition to the facility in an interview with Texas Monthly. “When you have a policy that is immoral, inhumane, and against decency and common values, you can either choose to resist it or you can choose to enable it,” Bernstein said. “He, as the mayor of the city, was not going to be an enabler.” Texas Monthly’s reporting has revealed that Southwest Key was cited for hundreds of violations in the last three years, and that a former Border Patrol agent who resigned from the agency after being arrested on child pornography charges was hired by Southwest Key as a case manager last year for a Brownsville shelter.

Southwest Key does not appear to be backing down, with spokesperson Jeff Eller insisting the nonprofit was “continuing with the licensing and permitting process.” A spokesperson for the Texas Health and Human Services Commission, which must inspect the facility and approve a license before the facility can house children, said it had received Southwest Key’s application and would be scheduling an inspection of the facility. The federal Office of Refugee Resettlement, which takes custody of immigrant children after they’ve been separated from their parents, did not respond to an interview request.

Not everyone shares Mayor Turner’s opposition to the facility. Paul Simpson, the chairman of the Harris County Republican Party, called the mayor’s opposition to the facility “cynical political grandstanding at the expense of these children.” “There are thousands of unaccompanied minors crossing the border, and they’ve been abandoned by their parents,” Simpson said. “These children need to be cared for, and Southwest Key is a nonprofit that is capable of taking care of them.”

Ever since Southwest Key’s plans for the facility were made public, there have been protests and prayer vigils at 419 Emancipation Avenue. On Thursday evening, a crowd of about 50 people gathered for an interdenominational call to prayer led by Christian, Jewish, Islamic, and Buddhist religious leaders. The event marked the end to a full week of 24-hour vigils organized by the Dominican Sisters of Houston.

One of the speakers at the event, Rabbia Joshua Fixler of Congregational Emanu El, read from a Holocaust survivor’s account of Auschwitz and compared it to reports of migrant parents being told their children will be given baths as a pretext to separate them.

“Echoes of that tragedy are not hard to hear,” the rabbi said. 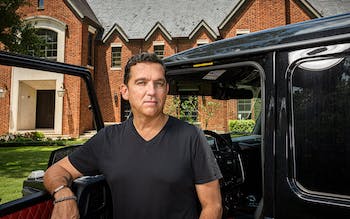 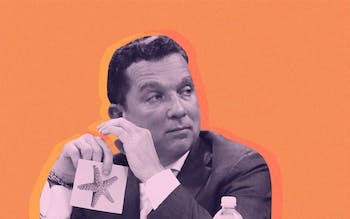 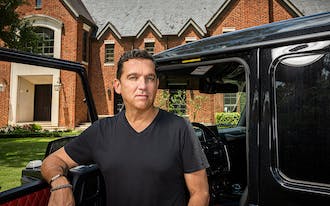 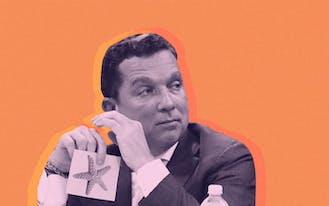 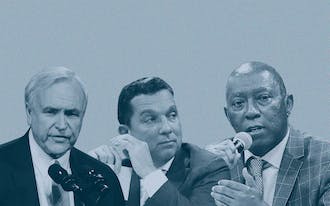