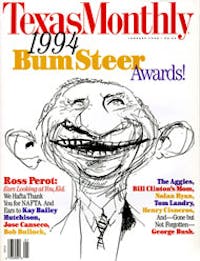 According to a recent CNN poll, 80 percent of Americans believe the assassination of President John F. Kennedy was a conspiracy. I am one of them: The Warren Commission’s finding has never washed with me. In part, that’s because I grew up in Fort Worth, went to the same high school that Lee Harvey Oswald did, and have had a life long fascination watching Dallas grapple with this tragic event. For the past three years, I have helped organize the Assassination Symposium on John F. Kennedy (ASK) in Dallas. Each autumn, I have watched a loose community of conspiracy celebrities, self-appointed archivists, and independent researchers gather at the Hyatt Regency—six blocks from the scene of the crime—to defend theories and evidence ranging from the plausible to the ridiculous. Was the first shot fired in frame 189 of the Zapruder film? Exactly who were Umbrella Man and Badge man? Were the Connally’s in on it? Just how many doppelgangers of Lee Harvey Oswald could there have been? Did the fatal shot come from the front instead of from behind? Who shot JFK?

The third ASK was a five-day conference that conveniently wrapped on November 22, the thirtieth anniversary of the assassination. More than six hundred people paid the $175 registration fee, which entitled them to sit in on panel discussions (Oswald in Mexico City; Intelligence Community and Defectors) and to rub shoulders with some of the biggest names in the conspiracy field, such as Robert Groden, David Lifton, and Cyril Wecht. They may even have had the chance to meet Dealey Plaza eye witnesses or alleged witnesses such as Beverly Oliver-Massagee (the “Babushka Lady,” a blind bombshell singer who knew Jack Ruby), Jean Hill (who spotted a dog in the President’s limo), and Ed Hoffman (a deaf-mute who claims he saw guns on the triple overpass).

If there was a unifying theme at this year’s ASK, it was the vilification of author Gerald Posner, whose new book, Case Closed, supports the Warren Commission’s lone-gunman finding. Thursday’s keynote speaker, Norman Mailer—who wrote a CIA conspiracy novel, Harlot’s Ghost, in 1991 and is completing a new assassination-related book, Oswald in Minsk—offered some interesting slants on who did it. In addition to raising the possibility of a sniper in the sewer, or of two completely unrelated snipers converging at the same time in the same place, Mailer endeared himself to the gatherings of “conspiratorialist,” as he christened them, by charging Posner with selective use of facts—the same charge Posner made about the conspiracy theorists. “And he’s a sloppy writer,” Mailer said.

The next day’s Case Closed panel was originally created so Posner could state his case in person, but the author had to cancel at the last minute. Standing in for him was Jim Moore, who wrote his own Oswald-as-lone-nut-gunman book, Conspiracy of One, three years ago. Although Moore gamely told the conspiratorialists to get a life (“If God came down and said, Oswald did it,’ you wouldn’t believe it”), other panel members challenged several of Posner’s arguments and rebuked U.S. News & World Report for its recent characterization of the anti-Posnerites as kooks.

But by the time the Legal-Medical Evidence panel, a four-hour marathon of autopsy photos, rolled around on Saturday, Posner was largely forgotten. His presence surely wasn’t felt at the ASK Mart trade show next door, where sales of approximately two hundred assassination books and other assassination-related merchandise were brisk. Sniper expert Craig Roberts pitched his marksman’s tome, Kill Zone, by offering passersby the chance to test the bolt action of a Mannlicher rifle, the kind Oswald supposedly used. At an adjacent table, orders were taken for Mary, Ferrie, and the Monkey Virus, an upcoming book that links the assassination to—what else?—biological warfare. One of the weirder displays was a placard that posed the question “Do anagrams of LHO’s aliases point to the plotters of JFK’s murder?” and answered it—sort of—by rearranging the letters of “Alek James Hidell” (one of Oswald’s aliases) into “Yale Killed Me” and “Doctor Alek James Hidell” into “Look Dealy Lare Schmidt” (Larrie Schmidt is the alleged Umbrella Man from the Zapruder film).

Hovering around the edges of the convention was Oswald’s widow, Marina Oswald Porter, who in true conspiracy fashion exuded an aura of mystery and contradiction: She wanted to be left alone but couldn’t stay away. Mary Ferrell, the dean of the assassination research community, persuaded Porter to come to last year’s convention, where she held court in the lobby but oddly shooed away interested onlookers. This year, Porter was just as unpredictable. She abruptly ended a private meeting with Mailer following his speech, publicly spoke to a group holding a candlelight vigil at Dealey Plaza, and attended several workshops, all the while keeping mum about who she thinks really shot the president but encouraging the conspiratorialists to keep digging for the truth.

This year’s ASK conference was one of several events scheduled around the anniversary of Kennedy’s death. Most noteworthy was the dedication of Dealey Plaza as a National Historic Landmark. With John Connally’s widow, Nellie, watching, jets roared overhead and white doves were released into the sky, and at that moment it felt as if the whole city of Dallas let out a sigh of relief.

There was also an interesting one-day conference for reporters, cameramen, and other media people who covered the assassination. The conference’s opening cocktail party was staged at the museum on the sixth floor of the Texas School Book Depository. At the sixth-floor window, which is blocked off by Plexiglass, I wondered aloud how accurately the boxes shielding the sniper from view had been arranged. Tom Alyea spoke up with the answer. “It wasn’t quite like it is now,” he said. “The wall of boxes was in an L shape. It has been left open so you can see where the rifleman was.” Alyea, who had been a cameraman for WFAA-TV, was the first person to film the sniper’s nest. He hadn’t been back in thirty years, and though the boxes weren’t exactly the same, he later allowed that “they were pretty close.”

After a weekend of these sorts of brushes with history, I was ready to let the past go. There are only so many times I can watch Kennedy’s head explode. I’ve met my share of eyewitnesses. I know of plenty of reasons why plenty of people wanted to kill JFK. I’m less certain than ever that “the mightiest of mountain mystery of the twentieth century,” as Norman Mailer calls it, will be solved in my lifetime—and if it is, will anyone believe it? But I had my fun. I ended up giving Mailer and his wife, Norris, a lift to DFW Airport. I missed a turn out of the hotel and had to backtrack down Elm Street on the famous motorcade route. Even though it was a solemn weekend, I couldn’t resist making the gunshot noises, just like I used to do as a kid for out-of-town guests when we showed them the sights.