Texas finally has its answer to the royal pregnancy. Jenna Bush Hager, the married half of the Bush twins, announced her pregnancy on the Today Show Wednesday morning.

“I’m nervous and so excited to say that Henry and I are pregnant. Or, I’m pregnant,” Jenna, 31, said. After Jenna spilled the news, her husband Henry joined her on stage, clutching a bouquet of white flowers. The couple married at the family’s Crawford Ranch in May 2008.

Former President George W. Bush and Laura Bush then phoned in to the show to gush about becoming grandparents. (George said he was “fired up” about the news and wants the baby to call him “sir” or “jefe.” Jenna suggested “Pancho.”)

Visit NBCNews.com for breaking news, world news, and news about the economy

Breaking the news of your pregnancy on national television is, of course, “the American equivalent of sending out a formal announcement from Buckingham Palace,” Gawker‘s Caity Weaver quipped.

The baby, due this spring, will likely beat the spawn of Prince William and Kate Middleton into the world. Is it too early to start speculating about George Bush Hager’s 2060 presidential campaign?

The Washington Post‘s Reliable Source blog noted that that the Daily Mail had the scoop on this one:

If there was a buzz in the air, thank the British tabloid the Daily Mail, which on Tuesday afternoon published a story online assessing Hager’s thickening midsection and asserting, based on a single unnamed source, that’s she’s pregnant. Today reps declined to comment on the story yesterday, presumably waiting for the morning’s big reveal.

The reaction on the Internet Wednesday morning was mixed, but tended towards kindness. “I was going to say something snarky about Grandpa George, but you know what? He’ll probably make a pretty fantastic grandfather. Throw a kid on the knee, have a nice afternoon,” wrote Bradford Pearson at D Magazine‘s Frontburner.

And at the Atlantic Wire, Richard Lawson imagined a meeting between Bush’s grandchild and the Royal Baby in the 2030s:

[J]ust imagine it! In twenty-some-odd years, this little baby, all grown up, will meet the adult version of Royal Baby and spill chili on him or her in some sort of hilarious pratfall, or say, “Dare me to eat this?”—and then chuckle and say, “Naw I’m just messin’ with ya.” It’s going to be so special. Royal Baby all pinched and uptight, clearly unnerved, while Dubya’s grandkid starts referring to the waiters as “Sparky,” as in “Hey, Sparky, more dinner rolls, toot suite. Love these freakin’ things.” Royal Baby responding with a skeptical, “Quite…” while Dubya’s grandkid leans back in its chair and, picking its teeth, says, “Say somethin’ to me in fancy talk. I love the way you limeys jabber, all fancy-like.” Royal Baby stiffens and says, “I’m sure…” and Dubay’s grandkid claps its hands and says, “Woohooo! That’s the stuff. Man, I love that classy talk. Hey, you ever seen an appendectomy scar? I can show ya one…” And it goes on like that for a while until, of course, the two are married. Can’t wait. Neither can W., it seems. On the Today Show they called up George and Laura, and George said he was “Fired up!” So let’s do this thing. Let’s go on and god dang do it. 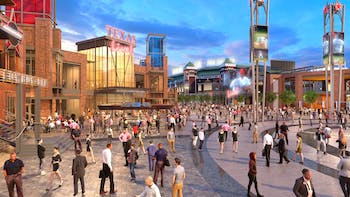 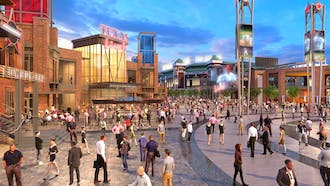 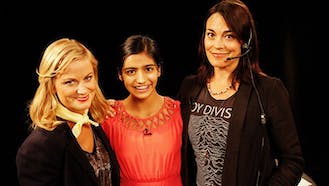 One Talk Show That Will Never Book a Kardashian 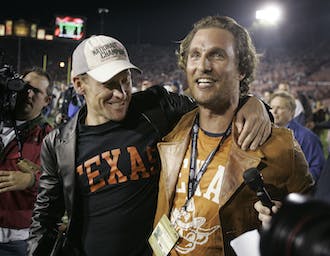