Former congressman Steve Stockman was always one of those kind of creepy politicians that other politicians try to keep at a distance just in case it might rub off on them. He always acted as if the rules did not apply to him, sometimes even as if human decency did not apply to him. Stockman won two non-consecutive terms in Congress in somewhat fluke elections. Over three decades, Stockman ran in more elections than he won. Finally, today, his string ran out as a federal jury in Houston convicted him of 23 counts of fraud, punishable by up to 20 years in prison on each count. Barring a successful appeal, Steve Stockman is about to spend more time in a federal penitentiary than he did in Congress.

Were it not for a national Republican election wave in 1994, few people would care about the Friendswood accountant who was almost a perennial candidate. He had run for Congress against liberal Democratic incumbent Jack Brooks twice to no avail. The 1994 race rarely was about Stockman. Brooks, who had been in office since 1953, faced Republican midterm reaction to the Clinton administration and a backlash from gun owners over a federal crime bill and Governor Ann Richards’s veto of a non-binding referendum on whether Texas should pass a concealed carry law. Facing into this political headwind, Brooks received just 46 percent of the vote.

While some credited Brooks’s defeat to Newt Gingrich’s “Contract for America,” Brooks called it “The Hate Wave of ’94.” Brooks saw the election as nothing less than voters rejecting the New Deal and the Great Society for a heartless Republican agenda. “They want to cut education. They want to cut Medicare. If they want more old people to suffer, more children to suffer, more young people to not get a shot at an education—if that’s what they want and the people endorse it, that’s the way it will be. I personally think that people will not like that very much and change it.”

Not long after the election, Stockman filed legislation demanding an investigation of the 1948 Kinsey Report on sex in America. With no proof to offer, Stockman claimed the report was the product of the sexual exploitation of children. The Houston Chronicle described Stockman’s bill as an “extremist” attempt to attack sex education in the schools. “Stockman’s allegations constitute either a grotesquely cynical attempt to exploit the fears of ill-informed Americans, or a sign of dysfunctional hysteria in Stockman himself. It is difficult to tell which, but in either case Stockman’s Clear Lake-Beaumont-area constituents suffer from his decreased and decreasing credibility that might have been used more effectively in promoting space exploration or balancing the federal budget.”

Perhaps in a sign of things to come, in 1995 it was disclosed that Stockman, an accountant, was in default on $15,000 in student loans used to finance his education at the University of Houston-Clear Lake in 1991. The revelation came shortly after Stockman voted for tighter rules on student loans such as the one he defaulted on.

In the midst of that, the Federal Election Commission investigated Stockman on an allegation that he published a newspaper out of his home during his election campaign so donors could skirt contribution limits by purchasing ads. The FEC also investigated Stockman over an $82,000 loan he had received in 1990 from an Ohio mail firm, which wrote the loan off as bad debt. He wrote an article for a firearms magazine claiming the Branch Davidian siege had been orchestrated by the Clinton Administration to promote a ban on assault weapons, and then denied that he believed in Waco conspiracy theories.

When the Democratic Jefferson County tax assessor-collector Nick Lampson defeated Stockman in 1996, many in Southeast Texas heaved a sigh of relief.

After a 15-year interim in the desert of Texas politics, Stockman came back to win the 36th Congressional District seat in 2012, but not without controversy.

In a Republican runoff with a candidate named Stephen Takach, Stockman gave Texas a preview of the world of fake news to come. Stockman avoided public appearances, but blanketed the district with newspapers that had fake stories such as, according to the Houston Chronicle:  “Stephen Takach drove family friend into bankruptcy,” “Gunowners Furious as Takach sides with ‘gun grabbers [Sheila Jackson Lee, Barack Obama and Nancy Pelosi],’” and “Takach smears Stockman for taking care of his Alzheimer’s-stricken father.”

After the runoff, Takach’s father felt compelled to write an open letter to the Beaumont Enterprise: “Unfortunately Stephen lost the runoff election—not because he wasn’t the most qualified, the most honest, of the best moral character or the best candidate—but because of the unscrupulous campaign his opponent waged against him.”

Stockman that fall won the general election. A month later, Jack Brooks died and was widely hailed as the best congressman Southeast Texas had ever had. Such accolades could never be accrued by Stockman.

Two years after winning the seat by trashing Takach, Stockman gave it up to run in the Republican primary challenging the reelection of U.S. senator John Cornyn. Stockman got a little less than 20 percent of the vote.

Stockman’s spent much of his life as a man who did not have to follow the rules, and it caught up with him as a jury decided he had fraudulently raised money for a charity and then converted the funds to personal use, using it for, among other things, investigating potential political opponents and paying entry fees to amusement parks.

On Thursday, the jury told Steve Stockman that the rules do apply to him. 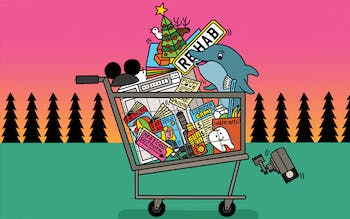 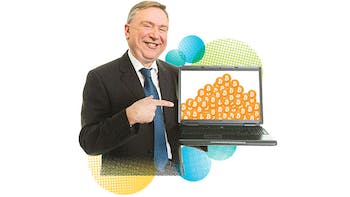 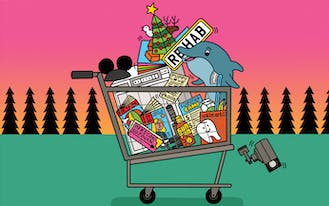 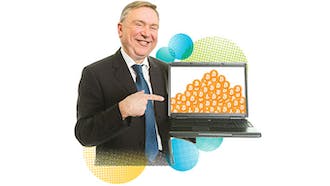 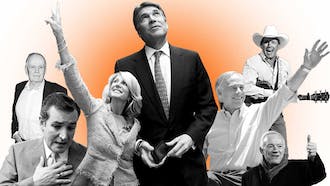