This column is a response to “The Texas Supermodel,” by writer-at-large Michael Ennis.

If I had a heart, it would be warmed by Michael Ennis’s generous declaration that “small-government, anti-Washington ideology” not only dominates national politics “even for such blue bastions as Wisconsin and New Jersey” but “bears an indelible made-in-Texas stamp.” Fortunately, as an ideological conservative of the Texas sort, I am unburdened by that organ and its shortcomings.

Yet my mind asks: are these things really so very Texan? Ennis lists “[s]tates’ rights, right-to-work, anti-regulation, [and] ‘personal responsibility’ (i.e., zeroing out social services)” among the Texas ideologies that are becoming American ideologies. Though one loves to take credit for Texas wherever possible, one is also struck that Texas is not wholly the font of any of these things. Gail Collins, in her book on Texas that no one read, attempted to make great hay off George W. Bush’s ideas and initiatives that became national policy after gestating in Texas: the 2001 No Child Left Behind law being the signal example. But these are things unique to George W. Bush and his people rather than to Texas per se—and so it is with Ennis’s laundry list of malign policy tendencies.

Let’s look at them in turn: “states’ rights,” that loaded term for those of us in the former Confederacy, is enshrined in the Tenth Amendment, ratified in 1791 and something of an issue ever since. The groups who advocate for right-to-work laws—the National Right to Work Committee, the National Association of Manufacturers, the Center for Union Facts, et alia—did not originate in Texas; there are 23 right-to-work states, 6 of which have the right enshrined in their state constitution, and Texas is not one of the 6. The “anti-regulation” imperative, though certainly appealing to the Texan spirit, is hardly exclusive to it. Take, for example, one of the most famous deregulatory acts of the modern era: the 1999 repeal of the 1932 Glass-Steagall Act. The legislative road to that repeal—which, as Gail Collins noted, bore the name of a U.S. Senator from Texas, Phil Gramm—was actually begun four years earlier by Iowa congressman James Leach and Clinton administration Treasury Secretary (and decided non-Texan) Robert Rubin. Finally, the demand for “personal responsibility,” though also a classic Texas theme, is readily discerned at tea party events across America, and even dimly within Wisconsin congressman Paul Ryan’s Medicare plan.

The point here is not to nitpick Ennis’s list for its own sake. It’s a good list, and a significant one, but the significance isn’t what he thinks. He’s right about one big thing: these are Texas traits. But they don’t emanate from Texas to America. They’re the American inheritance in Texas.

This would be no surprise to the generation of the Texas Revolution. “To the people of Texas,” began Travis’s letter from the Alamo, “and all Americans in the world.” Similarly, the Texas Declaration of Independence invokes “that constitutional liberty and republican government to which [the Texas revolutionaries] had been habituated in the land of their birth, the United States of America.” That’s the real secret of Texas: its unique character from the start has been the American character. Everything great and awful, beautiful and terrible about the United States is mirrored and amplified here: right down to the birth in revolution and the fulfillment in liberty. The Great Recession has only accentuated this, driving roughly one thousand fellow citizens each day to move to Texas over the past few years. If the land of opportunity’s flag bears fifty stars in the world’s mind, then it bears a Lone Star in the minds of increasing numbers of Americans. They aren’t coming here seeking the Texas Dream but the American Dream. And they find it.

Ennis rightly notes that they, and native Texans, mostly settle in our cities. These “sprawling metro areas,” he writes, “are the demographic and economic growth engines that give the Texas governing model its high-performance features.” That’s true. But what rings false is his declaration that “the Texas model,” including its politicians, “stands atop the burgeoning cultural and economic wealth of Texas’s cities without having to acknowledge their existence.”

This isn’t entirely so. Ennis isn’t making an explicitly partisan argument here, so let’s not take it as such—but we may be forgiven for using partisanship as a rough yet fair metric by which to gauge his assertion. Let’s say Democrats “acknowledge” Texas cities and Republicans don’t. As it happens, the Texas House representation in the Eighty-Second Legislature broadly validates this: in the five big cities of Dallas, Fort Worth, Houston, San Antonio, and Austin—if suburbs are excluded—Democratic representatives outnumber Republicans by 31 to 20. (This margin is likely to widen in the forthcoming Eighty-third.) That’s a decisive edge (though we should note that the state’s midsize and smaller cities, many of them economically vital, are overwhelmingly Republican).

Implicit here is a simple premise: that what the big cities prefer politically is what makes the big cities thrive economically and culturally. The Texas experience disproves it.

What Ennis sees as an irony-laden bug—a perceived disconnect between the Texas political and cultural aesthetic on the one hand and the reality of thriving urban Texas on the other—is in fact a causative feature. Texas has astounding cities, and all the cultural and economic vitality that go with them, because our lawmakers, as Ennis puts it, “legislate Texas back into the nineteenth century.” In plain talk, that means a regulatory regime that allows the resource bounty born of fracking to take off; it means a state government unlikely to take on grand experiments in social engineering; it means a cost of living kept low in part by the political unthinkability of an income tax; and it means a comparatively limited state entitlements regime that rewards work and entrepreneurialism.

This system—this Texas model—is imperfect in many ways, yet it works in all the big ways. There’s nothing ironic about this beauty. It’s glorious. It’s the American spirit in action, and it’s freedom proving its case. If the price for that looks like the nineteenth century to some, then perhaps they can discuss it with folks from more twenty-first-century states.

It should be easy. So many of them have moved to Texas. 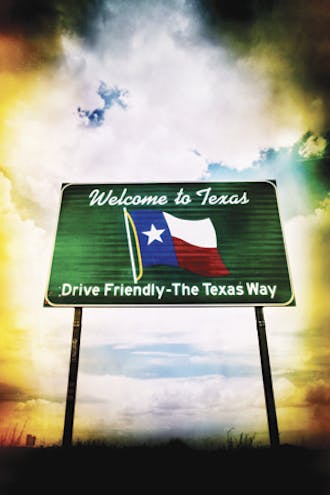 A Q&A With Michael Ennis 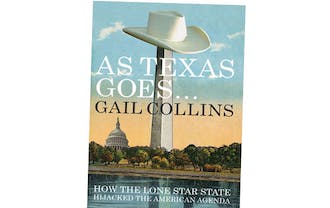 That’s Right, Gail Collins Is Not From Texas 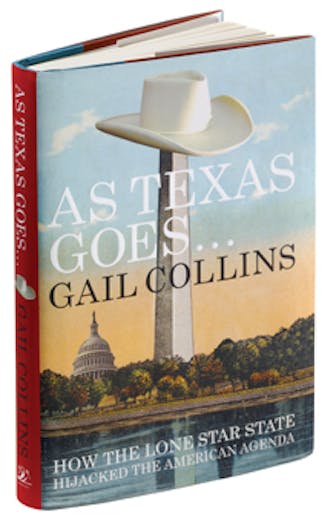 It’s Not About the Guv