June is apparently the month for documentaries on Texas politicians, as films focusing on George H.W. Bush and Ann Richards will hit screens this month.

Chances are, you’ve probably been looking for a way to properly celebrate Bush’s 88th birthday this Tuesday. Well, look no further than HBO this Thursday, when 41, a documentary about H.W., premieres.

The documentary covers Bush’s life from his childhood in Maine to his quiet post presidency. Filmmaker Jeffrey Roth “doesn’t pretend that Bush’s four years as president (1989 to 1993) weren’t the most important. But he finds rich stories in the other 84. Remarkably, the film contains footage of Bush’s rescue when his plane was shot down in World War II. Bush also talks about his daughter, Robin, who died of leukemia at age three in 1953. “Both were more formative life events than any political act,” David Bauder of the Associated Press reported. In the film, Bush said his presidency “was the epitome of my life but not my whole life.”

In addition to his four years in the White House, it tackles Bush’s time as an “oil executive, congressman, head of the Republican National Committee, U.S. ambassador to the United Nations, head of the Central Intelligence Agency, liaison to China and vice president to Ronald Reagan.”

Bush, notoriously press shy, took a shine to filmmaker Jeffrey Roth because he enjoyed his previous film, The Wonder of it All, about astronauts. The former president said he violated “my dear mother’s rule about not talking about yourself” in his interviews.

One interesting detail that emerges in the documentary is that Bush still bristles at mention of Ross Perot’s name. “Can’t talk about him,” Bush said, his voice “suddenly frosty” in his interview with Roth. “Cost me the election and I don’t like him. Other than that, I have nothing to say.”

WATCH the preview of 41:

Ann Richards’ Texas premieres on June 21 at the AFI Silverdocs Festival in Silver Spring, Md. In December, the film’s co-directors Keith Patterson and Jack Lofton spoke to Indiewire about the film, which features interviews with Lily Tomlin, Tom Brokaw, Dan Rather, Jesse Jackson, Nancy Pelosi and Michael Dukakis. “We have so much support from the local community. They’re excited we’re making this film, because so many of them miss her greatly,” Patterson said.

“The film tells the story through those who know her and includes lots of archival footage that the filmmakers have unearthed (including an ill-advised Doritos commercial that also features New York governor Mario Cuomo). Because the filmmakers are convinced Richards’ story has much to say about the current political climate, they’ve included several breakout scenes that address the ways that American politics have changed since Richards held office,” Bryce J. Renninger wrote at Indiewire. 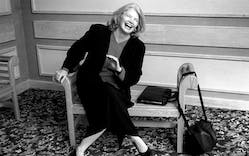 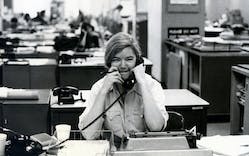 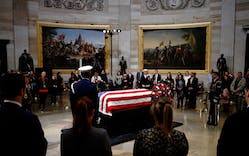