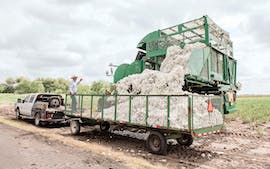 A Water Treaty Has Aided Mexican and U.S. Farmers for Decades. This Year, It’s Wreaking Havoc.

As Mexico lags on sending what it owes to U.S. reservoirs and farmers on both sides of the border protest, experts say the 1944 agreement is not suited for today’s agricultural landscape. 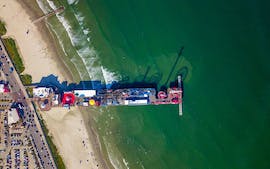 We all know the Gulf of Mexico is brown. Until it isn’t. 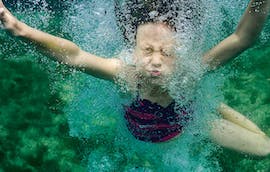 We’ve mapped out nineteen places to cool off the way nature intended by swimming, wading, and diving into Texas’s restorative waterways. 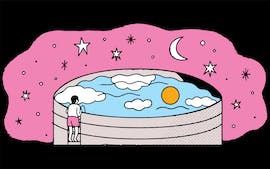 The risks a West Texan will take for a quick dip. 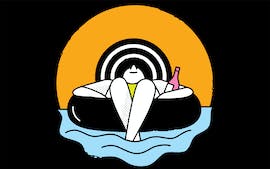 Relinquishing oneself to these green waters is a tradition that runs deep in my family. 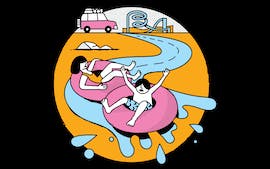 Getting wet, getting scared, and getting my family a little closer to Texas at Schlitterbahn. 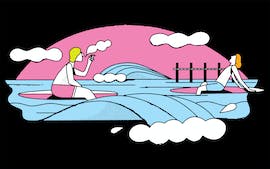 The exploits of a teenager trying to surf in Galveston. 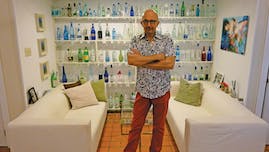 One of the World’s Leading Water Experts Lives in Harlingen

Michael Mascha doesn’t care so much whether the glass of water is half full or half empty; he wants to know its mineral content, hardness, pH level, vintage and virginality. 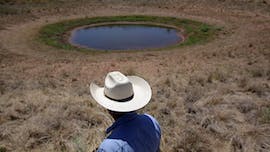 How the Water Bill Dried Up

It was a wild night in the House yesterday as Democrats and Republicans battled over their respective priorities: water, for Republicans and education, for Democrats. The leadership could not get the votes for taking money out of the Rainy Day Fund for water—even though Perry came out for… 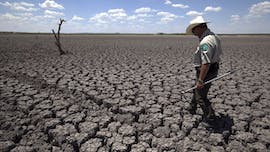 Today is the pivotal moment of the session—a vote on HB 11, the funding bill for the water plan. The vote was preceded this afternoon by a meeting of the House Republican caucus, at which Rick Perry was in attendance. Afterward, he told reporters that the prudent… 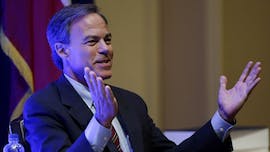 The House That Straus Built

AP Photo | Eric Gay Joe Straus said at the beginning of the session that he was going to put the House to work on the state’s biggest problems, and he is making good on his vow. On Tuesday the House passed HB 5, a major public education… 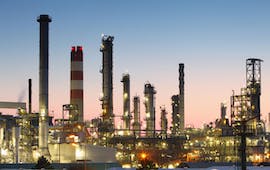 As much as anything, the economic boom in Texas depends on water. So what will industry do as the state gets drier? The Texas Tribune's Kate Galbraith explains. 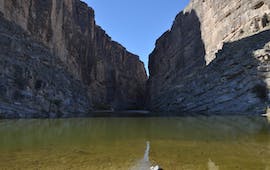 At the same time Texas is fighting to get water from Oklahoma, state officials want to block Mexico from pumping water out of the Rio Grande. 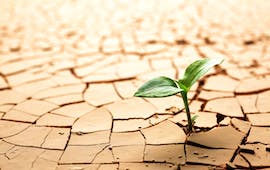 Dust Bowl Texas: The Drought is Not Over

Don't let the recent rains fool you: ninety percent of Texas remains in a drought. … 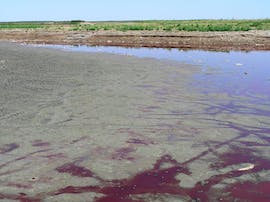 It may have rained where you live Tuesday, but the drought continues to impact everything from butterflies to barbecue and golf to drinking water.

Life by the Drop: A Special Report on Drought, Water, and the Future of Texas

TEXAS MONTHLY partnered with StateImpact Texas and KUT News to take a close look at how the state can manage a growing population amid a shrinking water supply. Listen to reports from NPR’s John Burnett, Texas state photographer Wyman Meinzer, and more audio and online reports. 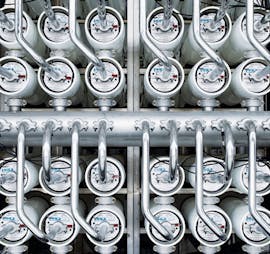 As much as anything, the Texas economic miracle depends on water. Lots of water. So what are all those power plants, refineries, and factories going to do as the state gets drier and drier and drier?… 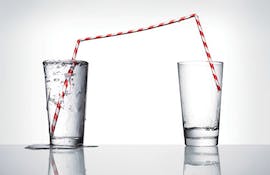 The future is likely going to require us to move large amounts of water from wet but sparsely populated places (a.k.a. East Texas) to thirsty, booming cities. Good thing there’s a plan for that. There is a plan, right?… 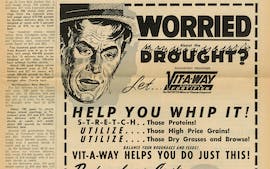 When the Sky Ran Dry

Bad as the current drought is, it has yet to match the most arid spell in Texas history. Nearly two dozen survivors of the fifties drought remember the time it never rained. 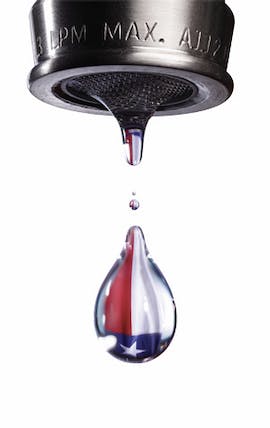 The Truth About Texas: Water = Life

As last year’s historic drought reminded us, Texas has always lived life by the drop, just a few dry years away from a serious crisis. With our population expected to nearly double over the next fifty years, this situation is about to become more, not less, challenging. This month we… 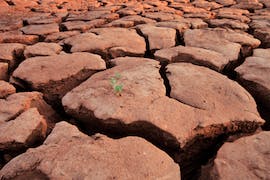 The first serious coverage of water in TEXAS MONTHLY came just a couple months shy of our two-year anniversary, in a story by Greg Curtis entitled “Disaster, Part I. Lubbock is running out of water.” (A companion piece, “Disaster, Part II,” argued that Houston was sinking…

Along the Houston Ship Channel the water is eight feet high and risin’.

West Texans are going to have to figure out what they’re going to do when the well runs dry. 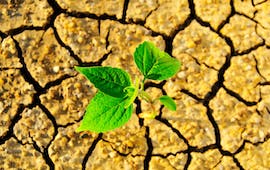 Life By the Drop: How to Report on the Drought

KUT's Terrence Henry and Mose Buchele discuss the stories behind their research and reporting on the drought. … 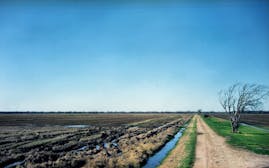 A Grain of Doubt

For more than 75 years, rice farmers in Matagorda County and elsewhere along the Gulf have shared the waters of the Colorado River with urban residents in the Hill Country. But with city centers booming and an almost-certain drought ahead, the state is being forced to choose between a water-intensive… 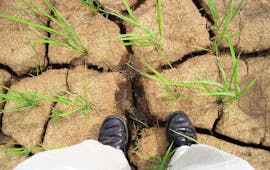 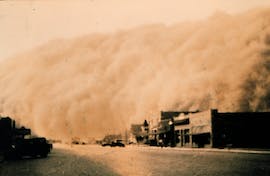 Summer's over, but the drought may never be, and it's affecting everything from tourism to pecan pie to horse welfare. 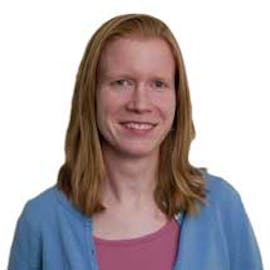 A Q&A With Kate Galbraith

The Texas Tribune reporter on writing about the drought, learning about landscaping trends in Midland, and recognizing just how precious water is. 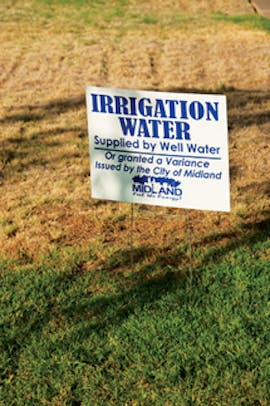 Blame It on No Rain

As the drought tightens its grip on Texas, its effects are being felt everywhere, from rivers to reservoirs to the formerly verdant lawns of Midland. 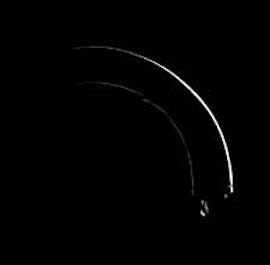 Texas has the country’s most precise state water plan. So how is it that every one of our major cities is still on track to run dry in the next fifty years?… 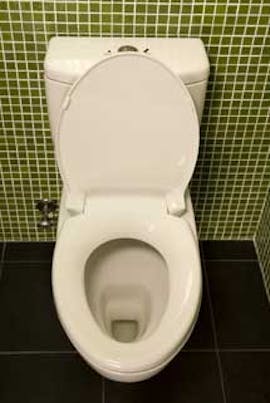 How I survived a course in desert survival. …

A rain windfall in the Hill Country…

Why farmers and big-city folk are at war over water. Plus: Jane Nelson for comptroller?… 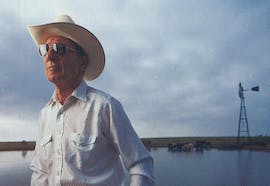 Roberts County landowners are battling to save the Ogallala Aquifer—;and what remains of heir agrarian past.

The cattle are dying, the grass is gone, the ranchers are selling their land. The center of Texas is in a drought that may be the worst in a hundred years.