I’m finding I enjoy Texas Rising more when I think about it less.

Perhaps I’ve become accustomed to this alternate Texian universe, one in which the rules of common sense and logic don’t apply . . . or maybe it’s because I’ve given up grousing about its countless historical inaccuracies and begun to accept it on its own terms.

Or could it be that it’s getting better?

It’s certainly getting to be more fun. The Texas Revolution in this world—it’s a party! A large-scale dude ranch kind of party: a cattle drive without the cattle, where a whole passel of people travel in a leisurely manner across springtime South Texas, stopping regularly for big meals, socializin’, romancin’, and fiddle-and-guitar-accompanied hoedowns beneath gauzy canopies. And don’t forget those frequent showers under that humongous shower contraption that must take most of a day to erect and break down. (These are the cleanest frontier folks ever.) Never mind that the tune “The Yellow Rose of Texas” wasn’t published until 1853—it’s just the right music for this festive atmosphere. And speaking of tunes, didn’t you love that rendition of “Come to the Bower” that the army’s fife-and-drum corps plays along the way? The style and the setting reminded me of “Colonel Bogey’s March,” so I was looking closely for the bridge over the River Kwai, and finally saw it in the trailer for the next episode. (Okay, it’s actually Vince’s Bridge, the structure eight miles from San Jacinto that plays an important part in the upcoming battle. But it looked like Colonel Bogey’s bridge.)

Sure, there’s party-pooper Sam Houston, who spends long hours brooding and strategizing in his tent (when he’s not pining for the beautiful Emily West, or channeling his inner Cherokee in a drunken, naked mudbath purification ceremony). And his best buddy, Deaf Smith, is coughing up blood regularly, though it doesn’t seem to bother him too much—or his friends, who are constantly sharing a bottle with this TB-riddled Ranger. Then there’s that’s other Ranger panting after the Texian army doctor’s daughter when he’s not twirling his Snidely Whiplash ‘stache. He’ll get his comeuppance, I’m sure, just like those two annoyingly frisky young Rangers I wanted to shoot on sight—fortunately, some sharpshooting Mexican soldiers had the same thought and acted on it.

Any really nasty stuff happens elsewhere. In this episode, a new settler and his family meet an untimely end when they move into an abandoned cabin. I don’t know what they expected—the man pulls a wicked-looking spearhead (or maybe it’s a very large arrowhead), out of the cabin’s door frame, and his wife just can’t understand why someone left so quickly that they didn’t take anything with them. Where did they think were—Pleasantville? When the family slave saves the wife at great risk to himself, his apparent devotion to his owners, a situation doubtless extant at the time, hints at a complexity largely missing here. We don’t get to know this slave particularly well, but he seems a nice enough fellow, though he looks awfully stout for a guy who’s just spent hundreds of miles following the family wagon on foot.

And the avenging-angel Alamo survivor Lorca (Ray Liotta) continues to visit unpleasantness on Mexican soldiers in surprising ways. The baskets of rattlers in a tree (and where did he get those big beautiful baskets in the middle of nowhere?) is a tactic that could have ended the Texas Revolution much sooner if practiced on a wider scale. What grisly wackiness will Mr. Lorca think of next?

Meanwhile, over in the Mexican camp, the only one who seems to be enjoying life is Santa Anna, who’s having a high old time drinking, drugging, cockfighting, and cavorting with Emily West. (An exchange between them contains the best and the worst lines of the night. She: “I can always tell a champion cock by the look in its eye.” He: “Really?”) The actors here, Olivier Martinez and Cynthia Addai-Robinson, really chew up the scenery, which may explain why the lush rolling hills of South Texas look like a Mexican desert. (Wait—this was filmed in a Mexican desert.) Unfortunately, Santa Anna is still a one-note Tony. He’s definitely the best Presidente to come down El Camino Real in a long time, though a  bit more of the real one—who often wore a melancholy expression that women found appealing—would have helped. (And far from considering Texas a “shithole,” as he puts it so eloquently here, he had fallen in love with the area as a younger man, writing of “the beauty of the country,” one that “surpasses all distinction.”)

Inaccuracies, distortions, and absurdities still abound, of course. But Texas Rising is so flagrant in its lack of historical veracity that it’s sort of fun to watch the screenwriters’ unfettered id stomp all over Texas history. And all kidding aside, despite the mostly lame dialogue, many of the actors in Texas Rising took their roles to heart; even Kris Kristofferson is decent as Andrew Jackson, so you and I will have to disagree there, Steve. And director Roland Joffe knows how to stage and shoot a scene, especially one involving action—and there’s plenty of that. The lack of spatial relationships and geographical specificity still exists, but I’ve decided that this alternate Texas is much like Shakespeare’s Forest of Arden—a magical place where distances matter little, and everyone runs into everyone else eventually. Sure, a map would help viewers, but Orlando and Rosalind didn’t have one, and things turned out fine for them, right?

One question for you, Steve: Do you think the big Indian attack that the town of Victoria is gearing up for is actually a conflation of the Great Raid of 1840, in which some 500 Comanches and Kiowas attacked that town and Linville? I wouldn’t put it past the screenwriters. What’s a few years’ difference in the Desert of Arden? 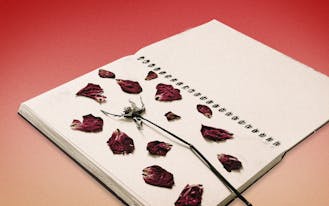 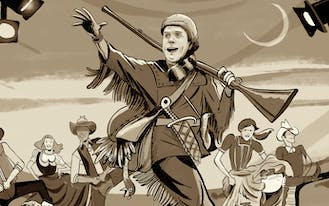