Is the Discovery Channel show Moonshiners to blame for two East Texas busts this month?

“We’ve got the mash that he cooked yesterday, and we’ve got the new mash he was going to cook tonight or tomorrow,” Smith County Precinct 5 Constable Dennis Taylor said.

According to Kenneth Dean of the Tyler Morning Telegraph, the arrest concluded a four-month investigation that began when police found a teenager passed out in his car with a mason jar of Clark’s high-proof homemade hooch beside him.

And Houston Press‘s John Nova Lomax notes that Trinity County had its own moonshine arrests earlier this month. (He helpfully points readers towards Facebook photos of the seized homemade moonshine still and accessories.)

TABC Sgt. Marcus Stokke told Carol Christian of the Houston Chronicle that Clark, the Smith County suspect, was in fact of a viewer of Moonshiners, a reality show that began airing on the Discovery Channel in December. The show is filmed, naturally, in Appalachia, the historic heart of American moonshine production.

Stokke elaborated on the show’s impact further to Jena Johnson of KLTV.

Ever since the show aired in its completion, we’d have calls at our office with people concerned, saying can I do this as a hobby? Is it legal? And we’ve heard people just talking about it. I think it was just a matter of time before somebody did surface.

The Telegraph‘s Dean reported that the Smith County officers could not recall the last time they’d encountered moonshiners. “Their consensus was early 1980 or the late 1970s since the corn mash alcohol had been seen in the county,” he wrote.

But in fact, the TABC did make a moonshine bust in Smith County in 2010, seizing a 55-gallon still.

So the Discovery Channel’s off the hook for that one. And we reckon there’s a reason that the Tyler country outfit JB and the Moonshine Band named itself that. 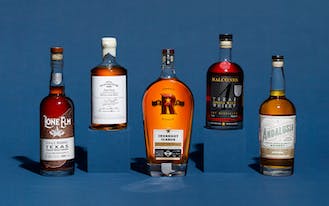 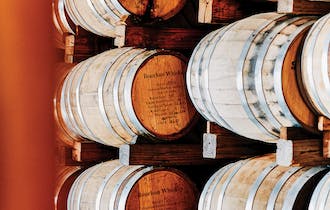