You can understand why many audience members attending the opening night performance last week of the Dallas Theater Center’s musical The Fortress of Solitude looked positively bewildered. The show—adapted from Jonathan Lethem’s dense, episodic 2003 novel —features none of the hallmarks of contemporary musical theater: no high-wire special effects, a la Wicked; no gut-busting belly-laughs, a la The Book of Mormon; no bedazzled showgirls kicking up their heels, a la Kinky Boots. Steeped in melancholy and regret, the show is the virtual opposite of the proverbial “toe-tapping good time.”

But for those who were willing to give themselves over to this demanding, two-and-a-half-hour-plus show, the rewards were considerable. Ingeniously distilling Lethem’s novel to its coming-of-age essence. The Fortress of Solitude follows a young white teenager named Dylan (Adam Chanler-Berat) in Brooklyn in the seventies, abandoned by his mother, who finds solace in an unlikely friendship with a superhero obsessed boy named Mingus Rude (Kyle Beltran).

The extraordinary score, by Michael Friedman (whose Bloody Bloody Andrew Jackson played on Broadway in 2010), references everything from sixties-era Motown, late seventies punk, and early eighties rap, all the while beautifully evoking the characters’ heartbreak and loneliness. (The production was conceived and directed by Daniel Aukin; the musical’s book was written by Itamar Moses.)

For the most part, local reviews have been ecstatic. The Dallas Morning News’ Nancy Churnin wrote, “The Fortress of Solitude breaks every musical rule except this: It grabs you and never lets go. You walk out transformed by seeing a mirror of your humanity in souls you thought you’d never understand, with Michael Friedman’s melodies thrumming in your heart.”

So has Dallas Theater Center—arguably the most exciting theater company in the state—just world premiered the best new American musical in years?

The show certainly seems like the culmination of the company’s laudable, if not always successful recent attempts at raising its national profile. Since taking over in 2007, artistic director Kevin Moriarity has made a push for more world premieres; he’s also commissioned new work from rising star playwrights like Rajiv Joseph (Bengal Tiger at the Baghdad Zoo) and Kristoffer Diaz (The Elaborate Entrance of Chad Deity).

But the company’s most audacious new efforts haven’t quite clicked: A world-premiere musical based on Edna Ferber’s Giant felt overlong and sappy (it went on to play at the Public Theater in New York, where it received mostly mixed reviews); last summer’s big-budget musical Fly—yet another riff on the Peter Pan story, this time from the perspective of Wendy—proved a hazy blur of overproduced special effects and forgettable girl-power anthems (no additional productions have since been announced).

The Fortress of Solitude feels like a vast leap beyond anything they’ve done before—and a rare case in contemporary theater where ambition is wedded to flesh-and-blood emotion. (I’m pretty sure I wasn’t the only one in the crowd wiping away tears by the end.) The set design, by Eugene Lee, evokes an entire Brooklyn neighborhood eco-system with a minimum of visual fuss. The performances are uniformly strong, with particular props to Kevin Mambo, who plays Mingus’ once-famous soul-singer father.

As to whether it’s the game-changer the company has clearly been chasing after—the kind of production that establishes Dallas Theater Center as a national hotbed for major new work—much remains to be seen. From Dallas, it will next play at the off-Broadway Public Theater in New York, during its 2014-15. (The specific dates have yet to be determined.) And since it’s technically still work-in-progress, the New York version may differ from the one playing here in Dallas. (In considering tweaks, the creators might want to take heed to KERA critic Jerome Weeks’ apt observation, in his otherwise favorable review: “The first act is way long, the second act a condensed blur.”) Whether it makes the leap to Broadway – and into the repertory of new American musicals – will depend entirely on its reception there.

The Fortress of Solitude runs at the Dallas Theater Center through April 6. 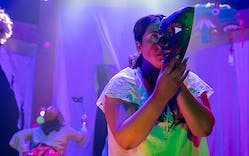 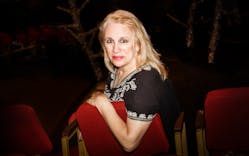 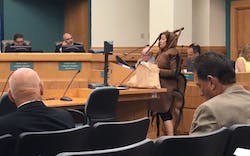 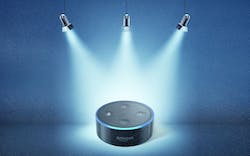