Jessica Simpson,and fiancé Eric Johnson were “elated to announce” the birth of daughter Maxwell Drew Johnson Tuesday, trumpeting her arrival with a light pink banner on JessicaSimpson.com. The newborn weighed in at 9 pounds, 13 ounces and measured 21 and three-fourths inches long. No photos yet, though because she’s “been so big for so long,” the first ones will likely bring in about $500,000.

Simpson, who was born in Abilene, gave birth at a Los Angeles hospital Tuesday morning. Details on the birth were not yet available, but, given that Simpson saw pregnancy as a license to overshare, they’ll probably be public soon. “I feel there’s no reason, when you’re pregnant, to be shy about anything,” she told E! Online.

In the same interview she said, “I would normally blame gas on a dog, but now I take full credit.” In a March appearance on The Tonight Show she told Jay Leno she had been sweating so much in her Spanx that she had started calling herself “Swamp Ass.” “It’s like a bayou up in that,” she explained. The mom-to-be also shared feeling like she had “a bowling ball sitting on [her] hoo-hah” on Jimmy Kimmel Live. Simpson assured the host that no, she was not having twins, she just had a lot of amniotic fluid—”So whenever my water breaks, it’ll be like a fire hydrant.”

Simpson unveiled news of her pregnancy last Halloween by tweeting a picture of her mummy costume and her baby bump: “It’s true—I’m going to be a mummy!” she wrote.

For Simpson, Maxwell Drew is hopefully the first of many. “Pregnancy is meant for me,” she said to E! Online, “I could be pregnant forever.” 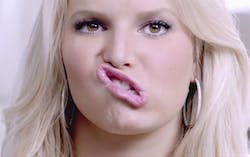 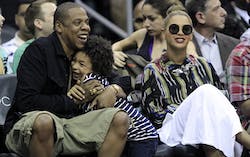 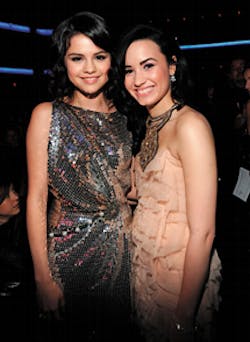