The best way to deal with a rattlesnake is to get away from it. Rattlers only bite when threatened, so if you see one nearby but don’t threaten it, you’re likely to be safe—it should mosey along and you can safely go about your day. Of course, sometimes that’s not an option. Maybe you’ve got animals to take care of, or maybe you’re in an enclosed space. If you have to kill a rattlesnake, you can shoot it, if you’re a good shot—but snakes are small targets, so if you miss, you’re likely to spook it, which can make things dangerous. Perhaps the safest way to kill a snake is to sever the head—with an axe, a shovel, a garden hoe, or whatever else is sharp, long, and convenient.

But there’s a downside to severing the head of a rattlesnake, which Jeremy Sutcliffe learned the hard way recently: Just because a rattler’s head is severed doesn’t mean it can’t still bite you. Upon spotting a four-foot rattlesnake near Lake Corpus Christi, Sutcliffe severed its head with a shovel. Then, a few moments later, he bent down to get rid of it—only for the snake’s head to bite him.

The severed head released all of its venom into Sutcliffe, according to KIII, leaving him temporarily blinded, suffering from seizures, and bleeding internally. He was transported to a hospital via HALO-Flight helicopter in time to save his life, and he’s currently in stable condition and recovering. The venom from the severed snake’s head was more than most people tend to get in one bite, though—by a lot. The trauma surgeon who treated the man told KIII that, in a normal snakebite, a person might receive two to four doses of anti-venom; in Sutcliffe’s case, it took 26 rounds.

There are a fair number of rattlesnake bites in the U.S. each year, but few are fatal; in 2001 (the most recent available statistics), there were 7,000 venomous snake bites countrywide, but only one bite in Texas resulted in death. (The last deadly snake attack in Texas was likely the fabled Austin Cobra, an escaped pet that killed its owner in the owner’s apparent suicide in 2015; the snake was eventually captured by authorities.) Even if you’re bit by a venomous snake, in 499 out of every 500 attacks, you’re going to survive—half the time, it’s not even going to release any venom. In other words, Texas averages fewer than one snakebite-related death every year. That’s less likely than a Texan dying after being struck by lightning.

Snakes can pose more of a threat to pets and livestock, of course. (Read Sterry Butcher’s harrowing tale, “The Snakebite That Almost Killed My Cat,” from the May 2018 issue of Texas Monthly for one such example.) In those circumstances, in addition to striking the snake with a shovel—at which point one should always grind the head down with the heel of their boot (note: if you’re not wearing boots, don’t mess with a rattlesnake)—one option is the simple catch-and-release strategy, which will demonstrate both confidence and compassion to anyone who sees you do it.

In any case, we wish a speedy and full recovery to this rattlesnake’s victim—and in our own summertime adventures, we plan to stay far away from any snakes or pieces thereof.

This post has been updated since publication to identify victim Jeremy Sutcliffe. 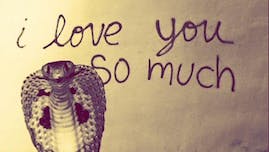 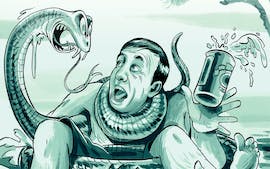 How to Wrangle a Rattlesnake 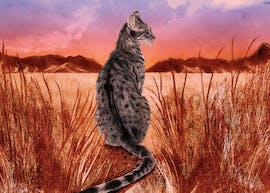