The memorial service for Chris Kyle, the deadliest sniper in American military history was held this afternoon at Cowboys Stadium, a venue fitting for a man with a larger-than-life presence. As a Navy SEAL sniper, Kyle had 160 confirmed kills; when he returned from the war in Iraq he shifted gears, writing a bestselling memoir, American Sniper, and working as an advocate for veterans. Kyle was allegedly killed by another Iraq War veteran on February 2 at a shooting range near Glen Rose, and his death has become a focal point in the national debate about gun control and post-traumatic stress disorder. On Tuesday, his body will be transported in a 200-mile procession from Midlothian to the Texas State Cemetery in Austin.

Josh Kinser and Chris Kyle fought in the same battles in Iraq, but it was years later when they finally met, face to face, in Texas, where both men have worked with veterans. Kinser first deployed to Iraq in February 2004, and fought in the Second Battle of Fallujah, where Kyle was doing the kind of work that later established his reputation as the “Devil of Ramadi”among the enemy. After that, Kinser saw almost constant fighting as a scout in the Army’s 82nd Airborne division. After his Humvee hit a homemade bomb and blew apart, Kinser was medically retired with a Bronze Star and a Purple Heart. He now lives in San Antonio and works with the Military Warriors Support Foundation, taking soldiers shooting, hunting, and fishing. He recently spoke with Texas Monthly about PTSD and what Kyle’s murder means to the veteran community.

Texas Monthly: How did you know Chris Kyle?

Josh Kinser: I know for a fact that Chris kept me alive. I have no idea what building he was hiding in in Fallujah while I was running through the streets, but he was there. If it wasn’t me he saved, it was the guy next to me. A lot of guys looked up to him for what he did. Not just because of the number of kills he got, but he was just a good guy and a natural born leader.

TM: What was your transition like, when you came home?

JK: The strangest was the very first time I came home. I took leave after Fallujah. I went straight from the largest ground combat battle since Vietnam to landing in Charlotte, North Carolina. It was just weird. It was weird to see that the grass is green or the roads are paved.

Soldiers who have seen combat do not want to talk to someone who has not seen it. My great-uncle was a POW in Japan for five years. He was shot down at the beginning of the Pacific theater and was forced to be a slave in Japanese factories. He never talked about it. Sometimes he would just sit and drink by himself. It created rifts in his family, because they wanted to know but he wouldn’t talk about it. One time he came to dinner when I had gotten back from Fallajuh, and he just sat down and started telling stories to me that no one had ever heard in the family. After his death last April, we found out that he was traveling the country speaking to other veterans at VFWs. The idea was that Uncle Glenn was some kind of hermit, but he was flying around the country talking to other veterans who had experienced it.

I had this idea that the first time I shot someone it would be this really emotional moment. Essentially it was nothing. There was a guy running across getting ready to shoot an RPG at my buddies, and I picked my gun up and shot him. He went down. It really was a non-event for me. I remember thinking there was something wrong with me because it was a non-event. People are bad-mouthing Chris Kyle because he said the exact same thing that I feel. Other people are going to think I’m crazy. “You can kill somebody and not feel bad about it?”

TM: How did you start helping vets?

JK: We had several mass casualty incidents. Digging bodies out of rubble, where most of the guys doing the digging were digging out their friends. When we got back to Fort Bragg, we had some guys who were having serious issues. Some were self-committing, saying they needed help. Some were forcibly taken down. We had one incident with guys I was in charge of—they called me one night and said they were out having a couple beers and when they came back there was a guy with a pistol in his mouth crying. This sort of thing kept happening. So we just started getting guys out, trying to go fishing and hunting on Fort Bragg. That’s where it got started for me, and I wanted to keep doing it.

TM: You take guys out hunting and shooting, like Chris did and [former Navy SEAL and Lone Survivor and Service author] Marcus Luttrell does.

JK: Sixty or seventy percent of these guys have been wounded, and now they’re [hunting] because it makes them feel good. If we’re hunting, it’s not all about the kill. It’s about the whole experience. The gun is a tool to enjoy the outdoors. Just like a bow is. Just like the other things you need: the knife, the rope, a lot of different things. The gun is a really small part of it. One shot. We’re spending six hours calling to an elk. Shooting is something we did in the military, but people who enjoy shooting now, it isn’t something negative, something that is attached to death. The practice of becoming proficient at anything, including shooting, is relaxing.

I’ve had one guy, in the few years of doing this, who said he didn’t want to touch a gun. He bow hunted, but said he wouldn’t touch a gun. One day I said, ‘Have you even shot a gun?’ He said, “no.” I asked him to try it, and he shot a gun that afternoon and realized it wasn’t that bad. He had kind of bought in to what everybody else had said. That a gun will make you flip out. That guy had just bought in to what his therapist was telling him. ‘Don’t shoot a gun, it will trigger this response!’

TM: How did you hear the news about Chris?

JK: At about eight that evening, I heard about it. You think about everything he went through—these guys had survived all this stuff—and it was just sad. It’s not fair to survive everything you’ve survived, and then something so stupid [happens] while you’re trying to do something good.

But I was blown away that every news outlet was reporting that the guy who shot Chris Kyle had PTSD before they even knew [the second victim] Chad Littlefield’s name. I think there are a lot of wrong impressions about PTSD. Ninety-nine percent of the guys getting out of the military now are being diagnosed with PTSD if they saw combat. It strikes me as irresponsible to blame PTSD. They were putting it in a box, saying, ‘Guns are bad, PTSD is bad, and look here it is.’ You can’t say that this guy killed Chris Kyle because he had PTSD, and you can’t say it happened because Chris never should’ve had him around guns.

TM: You think PTSD is being used as an excuse for everything?

JK: It’s almost a knee-jerk reaction. The military is trying to take care of people, the VA is trying to take care of people, and it’s a temporary diagnosis most times. A diagnosis of PTSD doesn’t necessarily mean that you’re crazy. You could get a Zero-percent rating, or a zero diagnosis, which means you’re not having any difficulty right now, but you have been exposed to post-traumatic stress and there’s a possibility you have it. Zero-percent would mean you don’t get any money, no disability, but you have officially been diagnosed with PTSD.

Let’s say I got drunk and ran into a wall. Instantly people will say it was the PTSD. That’s the misunderstanding. If you listen to [my statement that] killing someone doesn’t bother me, that’s not saying that nothing bothers me. The more realistic problem is seeing your own guys torn up. That sort of guilt racks people. But I have a hard time believing that this guy killed Chris because of something that happened in war.

TM: What does the killing mean for the veteran community?

JK: We’ve been struggling for a while [with] the misrepresentation by the media about what PTSD is. Hollywood has people believing that I’m sitting at a stoplight and suddenly something flashes and I’m back in the Diyala River valley, chasing Al-Qaeda operatives. That’s not the way it is.

Some police or sheriff departments won’t hire you for two to three years until you’ve been away from the diagnosis of PTSD. I’m afraid that the media focus on PTSD is going to affect veterans’ employment. We’re having problems with it already, and now we’re having lawmakers who want to make it illegal for someone diagnosed with PTSD to buy a gun. But everyone is getting diagnosed with PTSD. People need to stop and realize what PTSD is.

I don’t know any combat soldiers who haven’t been diagnosed with PTSD. This is the VA trying to help us, but if we’re not careful, it’s going to destroy us. 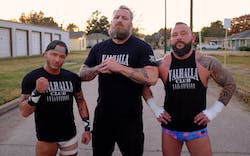 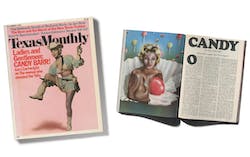 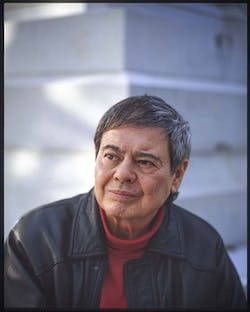