The bagworm moth caterpillar is a wonder. Aptly named, these little creatures live much of their lives inside a self-spun silk bag. They’re remarkable architects: bagworms adorn their silky abodes with leaves, twigs, or bark fragments as they pupate before the males emerge as fuzzy black moths. The most outlandish and impressive bagworm species construct homes resembling tiny log cabins.

Cocooned in their decorative dwellings for the last dregs of summer, the critters are now dangling from tree limbs, bushes, and walls across Texas. Keep an eye out for them in your backyard or on the patio. One has blessed my Austin balcony with its presence since July.

Sure, the moths may be pests to farmers, but we could learn a thing or two from their metamorphosing impulses. As we plough through 2020 hunkered down at home, why not take a page out of the bagworm book and change for the better?

The newest season of Netflix’s Chef’s Table is focused completely on barbecue. The episodes feature food from far-flung places like Sydney and the Yucatán Peninsula—plus a BBQ joint in an old peanut factory in Texas. That spot, Snow’s BBQ, was named the best barbecue in the state by Texas Monthly back in 2008. Since then, Tootsie Tomanetz, the restaurant’s 85-year-old pitmaster, has captured the hearts of all those who travel to Lexington for some brisket or even a hug and a photo. The documentary shows how Tootsie became such a renowned pitmaster and why barbecue is especially dear to Texans. (You’ll even catch our barbecue editor, Daniel Vaughn, talking about the state’s beloved traditions.) 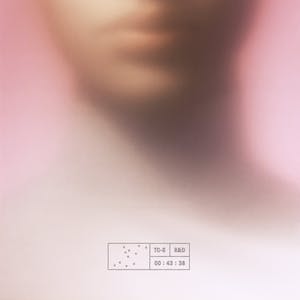 TC Superstar is the band of your bedroom pop dreams. The eight-piece Austin collaborative, fronted by Connor McCampbell, released the deluxe version of its second full-length album, R&D, last year, and I recently stumbled on it.

Lush and danceable, R&D sounds a bit like the score of a coming-of-age film. The narrative album follows imaginary lovers Ricky and Dana, chronicling the warmth, misadventure, and heartbreak that come with falling in love for the first time.

Lyrics walk you through memories of picking fruit from trees, riding bikes around the neighborhood, and smoking with the windows down during the sweet months of summer. There’s a charming timidness to McCampbell’s voice, but he is bold in delivery as he asks an innocent question on the record’s closing track: “Are you into me / Like I’m into you?”

Each song is followed by a brief interlude that includes snippets of interviews with project collaborators. The honest anecdotes emphasize that when you’re young, these mundane moments—a first date, a house party, pancakes at the diner—mean everything. It all comes together in an artful coalescence of memories and dreams. Oh, to be caught in the sparkling, rose-colored rapture of teen romance.

In pre-pandemic times, Frida Friday ATX was a marketplace gathering I’d look forward to monthly. With the goal of increasing gender and economic justice, FFATX promotes artists who are women of color by creating a space for their work to be shown and celebrated. It was a chance to browse handmade art and goods by local creators and connect with my neighbors.

The group is now fully online. Weeklong virtual markets once a month feature an Instagram Live DJ session and live chats. Despite the current state of things, Frida Friday continues to make space for overlooked artists and keep the community aspect of the meetups thriving. Its latest virtual market ends Sunday, so be sure to give it a browse.