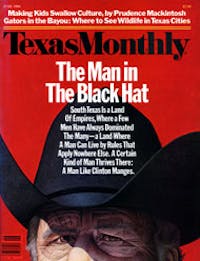 The people at Resistol Hats recently did some high-powered research and somehow concluded that there are more than 17 million cowboy hats in the U.S. If you are among those behatted hordes and live in Texas, chances are yours is a Resistol. Based in Garland, Resistol sells about a million cowboy hats a year, ranging in price from $15 for a straw workingman’s special to $3,000 for a beaver-and-ermine number. The cowboy hat may be the single most resonant throwback to the glory days of the open range, the one thing that most says “Texas” to the rest of the world. But Resistol’s story shows that you don’t have to be a legend as long as you know how to act like one, and that even legends can be stretched only so far.

The earliest antecedents of the high-crown, wide-brim cowboy hat were probably worn centuries ago by Mongolian horsemen like Genghis Khan and his plucky posse of hard-riding buckaroos. Similar headgear was brought to the New World by Spanish horsemen. Their hats evolved first into the Mexican sombrero and then into an American version sometimes called a woolsey. It was cheap and homemade, but even at its worst it was a marvel of utility. The wide brim protected the wearer from swirling dust and the killing prairie sun. The tall crown kept the head cool in the scorching summer heat. Beyond that it served as a bellows, cattle prod, drinking cup, pillow, and storage area.

The modern cowboy hat began with Resistol’s still-flourishing archrival, the John B. Stetson Company. In 1865 young Mr. Stetson decided that he could do better than the sorry, floppy woolsey, and he started making the famous felt hats that bear his name. The cowboy movies of the twenties, peopled with cowpokes wearing seven-inch-tall, ten-gallon Stetsons, helped transform the cowboy hat from a utilitarian bit of clothing into a national icon.

Resistol started in 1927 when a Michigan millionaire named E. R. Byer and a hatmaker named Harry Rolnick began manufacturing dress hats in Dallas under the new brand name “Resistol Hats.” (The hat’s headband held the body of the hat away from the head, thus resisting scalp oil—hence the name.) They added a Western line in 1935 and moved to Garland in 1938. Resistol prospered partly because of its hat-making innovations, such as the patented headband and a more luxurious felt finish. The company’s presence in Texas, at the heart of the Western wear market, didn’t hurt either. But its greatest achievement was to take a product born after the Depression and turn it into the embodiment of the Old West. Rolnick was a master of marketing the company’s new Western image, and he soon had movie stars like John Wayne and Henry Fonda wearing Resistols. LBJ was a contented customer, J. R. Ewing’s Resistol now sits in the Smithsonian, and every DPS trooper in Texas wears one in a special color called Textan.

Still, the last few years have shown that even myths can become pretty fragile when subjected to the rigors of the marketplace. Traditionally, Western wear has grown at a steady, moderate pace. That changed in the late seventies. Suddenly everyone in Manhattan needed a lavender cowboy hat decked out with an ostrich feather. Resistol put its factories on 24-hour shifts, and its business doubled in three years. But booms do have a tendency to go bust, and by 1982 the cowboy hat had become last year’s Nehru jacket. The industry is finally getting back to a normal 2.8 million cowboy hats a year, and now its growth seems to be in the non-Western end of things. Resistol is churning out dress hats, safari hats, modified baseball caps, Panama straws, Rex Harrison hats, Raiders of the Lost Ark hats. In fact, these days the first hats you see when you walk into the company’s headquarters are five Tom Landry dress hats.

You get the impression that everybody would be perfectly happy without another cowboy-hat bonanza. The truth is that the cowboy hat, like baseball’s spring training, prospers not so much because it’s needed as because it’s wanted. No one needs to drink from a ten-gallon hat these days, and you can rope a steer in your stockbroker’s gimme cap if you want to. The cowboy hat’s appeal is more emotional than practical, but even that has its limits. Pushed beyond its natural borders and stuck on the heads of New Yorkers who frequent Second Avenue singles bars, the cowboy hat took on the forlorn look of parody. But at West Texas cafes, on the heads of burly truckers and rodeo kids and ranchers and oilmen, it will always have the irresistible aura of myth. 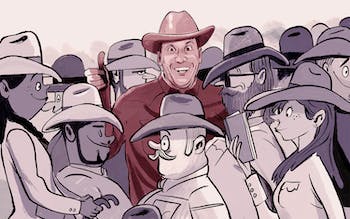 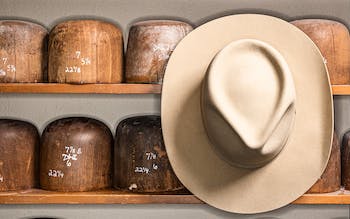 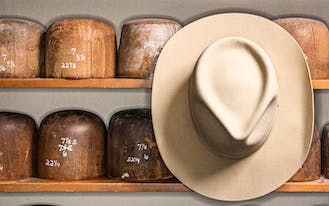 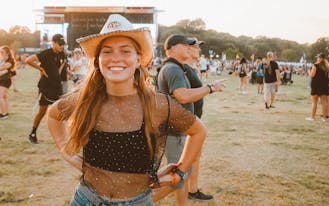 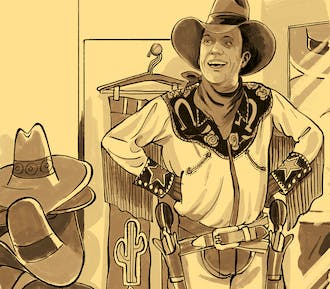 The Texanist: What Do I Wear to a “Western Chic” Party?