WHAT: A $40 million pledge to the Morehouse College class of 2019

WHY IT’S SO GREAT: While delivering the commencement speech for the historically black Morehouse College in Atlanta, tech investor Robert Smith—the richest black person in America—made a surprise announcement: He would pay off student loans, in full, for each of the four hundred graduates.

The announcement wasn’t just a surprise to the graduates. According to the Atlanta Journal-Constitution, neither Morehouse administrators nor Smith’s own staff were briefed in advance about his plans to make the donation, which is estimated to total as much as $40 million. “This is my class,” Smith said during the speech by way of explanation. “And I know my class will pay it forward.”

The average annual cost of attending Morehouse is nearly $50,000, which means that even with financial aid or parental assistance, it’s possible to take on hefty debt. Morehouse isn’t cheap, but it’s also not overpriced compared to other private schools—a year at Baylor will set students back $65,000; a year at Rice is $67,000; a year at TCU, roughly $63,000. In-state tuition and room and board at a state school like the University of Texas, Texas Tech, or Texas A&M is better, but those students are still looking at between $22,000 and $28,000 per year.

The announcement comes as student debt has increasingly become a topic of political conversations. Last month, Democratic presidential candidate (and former UT and University of Houston law professor) Elizabeth Warren announced a plan to forgive huge amounts of student debt—up to $50,000 per person. It’s broadly popular, with 56 percent of voters telling pollsters they support it, A common refrain from those who oppose it is that the plan is unfair to people who paid off or didn’t take on student debt of their own. Smith’s decision elides some of the “fairness” debate—he can spend his $40 million however he wants, even if members of the Morehouse class of 2018 who are struggling with their own bills might be a little jealous—but it continues to emphasize the enormity of student debt as an economic issue.

Higher education is both more essential and more expensive than ever, while the means to pay for it is stagnant. The average student in 2018 graduated with $37,000 in debt that can’t be discharged through bankruptcy, which has a cascading impact. Those graduates are slower to buy homes and start families, which slows down overall economic growth.

Smith’s largesse won’t resolve the larger societal issues surrounding student debt, but (assuming that sweeping, systemic action like Warren’s proposal isn’t implemented), it could create an interesting opportunity. By looking at the economic opportunities, career mobility, and future prospects of the debt-free Morehouse Class of 2019 versus those of the classes of 2018 and 2020, it might be possible to gain a clearer sense of the long-term effects of student debt.

The more direct impact, of course, will be felt by those 400 people whose futures are a little more open than they’d have been if their career decisions were guided by the need to pay hundreds of dollars a month in loan payments. They’re entering a freer world than they could have possibly expected on the morning they donned their caps and gowns. 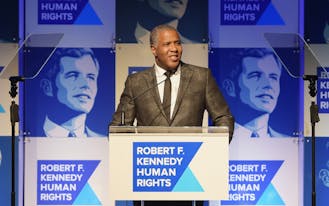 The Power Issue: Robert Smith Is Showing Silicon Valley Another Way to Win in the Software Business 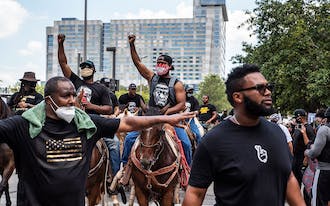