Launching rockets into space is—well, it’s not exactly easy, but we know that it can be done. Launching rockets into space that then safely return and land exactly where intended, on the other hand, has long been something that even the smartest people in the world—the people who work Jeff Bezos, Elon Musk, and NASA—have been trying to figure out.

Last week, Musk’s SpaceX, which intends to launch spaceflight to Mars out of Brownsville sometime in the not-too-distant future, figured it out. Last week, for the first time, a rocket booster launched a cargo ship into orbit, then the first stage nailed a touchdown on a barge in the middle of the ocean.

That’s a big honkin’ deal. Amazon founder Jeff Bezos, who owns SpaceX competitor Blue Origin, boasted last year that a “used rocket” is “the rarest of beasts” after successfully landing a suborbital rocket in West Texas. Musk took umbrage with that claim, noting that his company had also launched suborbital rockets before—and the real prize was a rocket that could go all the way up to the International Space Station, since there’s a big difference between “space,” which is just what you get when you go pretty high up, and “orbit,” which is where the real action is.

The more challenging and potentially revolutionary step was accomplished on Friday when another Falcon rocket dispatched a cargo ship to the International Space Station, then turned around and landed on a platform gently bobbing in the Atlantic Ocean.

“And they said it couldn’t be done (at least no one has ever done it) until, of course, you did it,” former NASA space shuttle manager Wayne Hale wrote in a congratulatory note to SpaceX on Twitter.

Billionaires arguing over whose, er, rocket is bigger is fun to watch, but the future of spaceflight probably depends on being able to land rockets safely (either on land or at sea). Reusable rockets will go a long way toward making spaceflight cheaper, and if SpaceX can do these quickly and cheaply, that’s a big deal.

And now we can see for ourselves what a big deal it is, because SpaceX released stunning images of the rocket booster coming back down to earth. Let’s start with shots of the rocket taking off, because they’re instructive to help us understand what we’re looking at when we see the images of the landing: 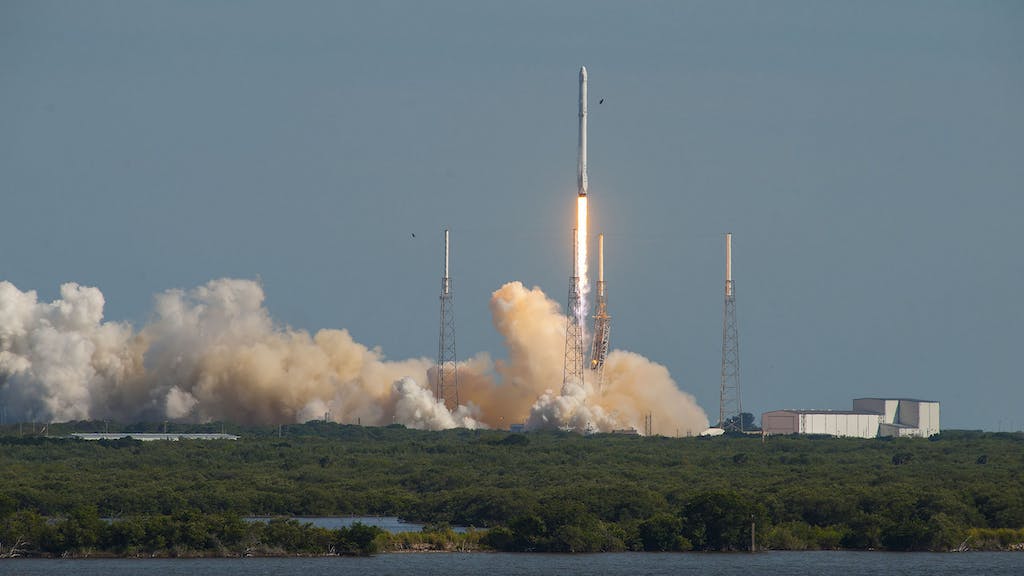 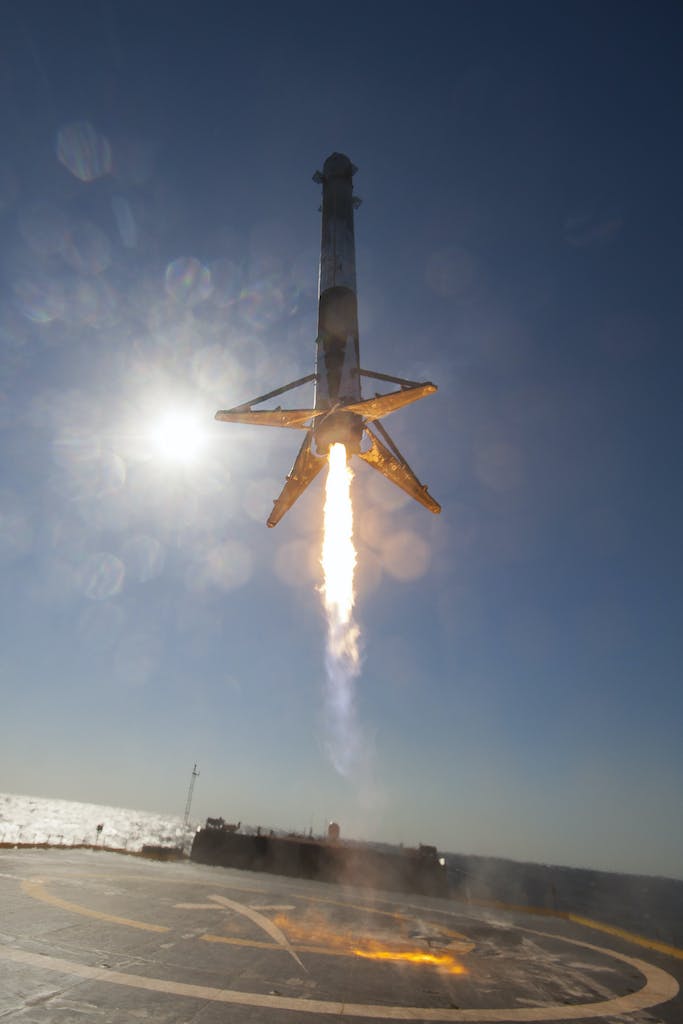 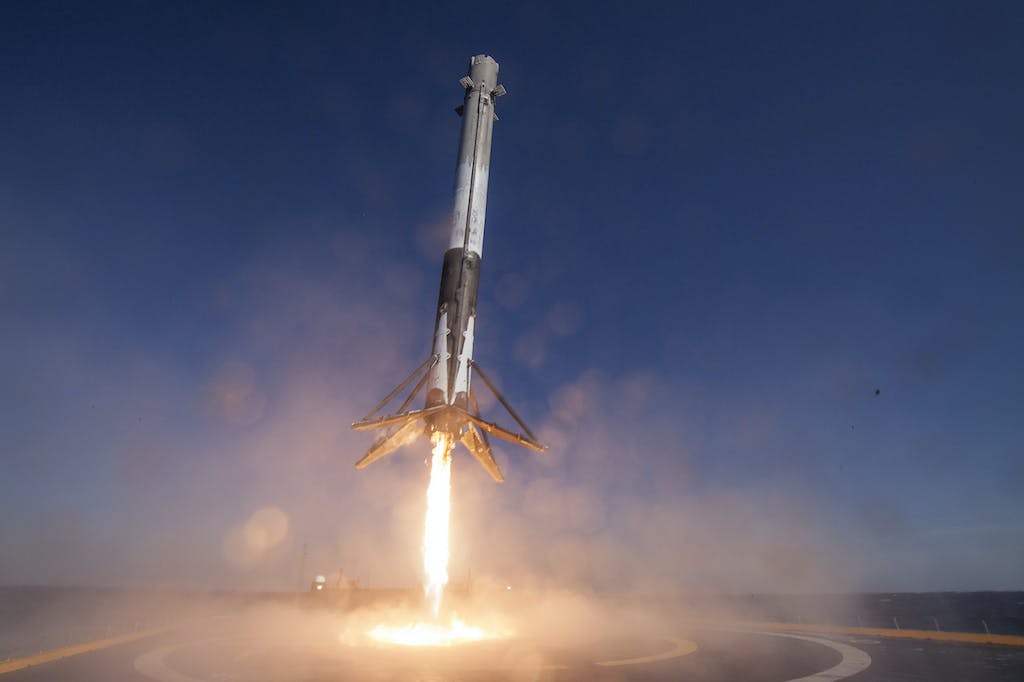 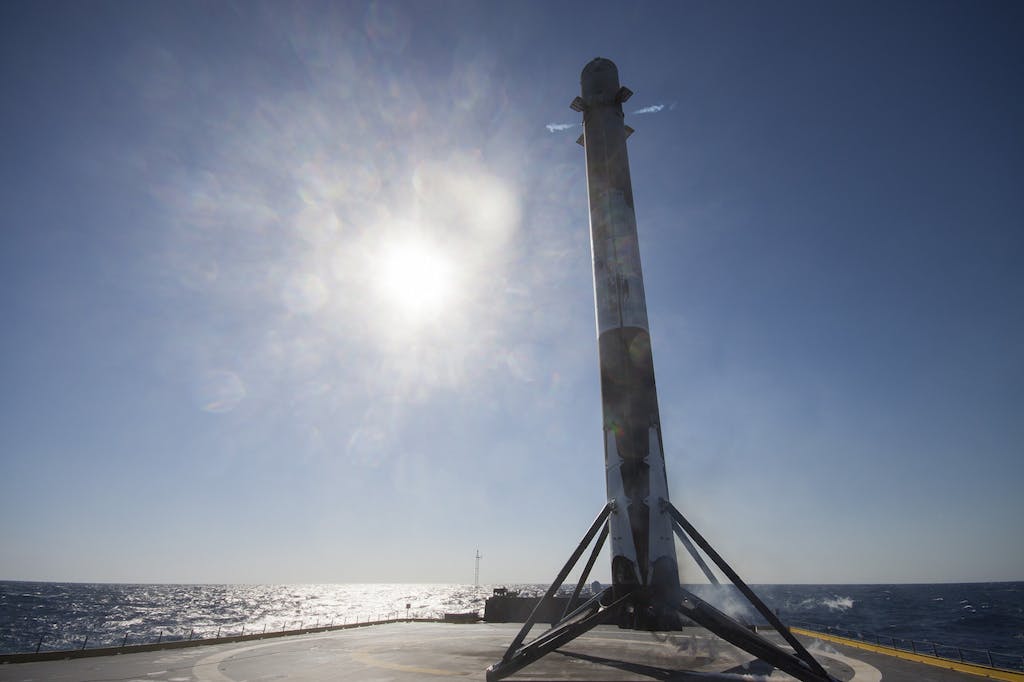 Basically, it just slows itself down until it can land safely inside of a circle painted onto a small barge in the middle of the ocean. And that is pretty incredible.

*Correction: An earlier version of this article misstated which part of the rocket made it to orbit. We regret the error.

By Will Bostwick
News & Politics

Texas Beaches May Be Filthier Than We Realize

By Will Bostwick
Critters

By Will Bostwick
Health

Your Pets Have Been Getting COVID-19 Too. Here’s Why That Matters.

Lauren Larson is a former features writer and editor.