“I’m writing to inform you of an incident involving two parents that took place in the drop-off lane at Deer Park Elementary this morning. As students were being dropped off before school this morning, the two parents were involved in a disagreement. The confrontation escalated, ending with one parent pointing a firearm at the other.”

—Lisa McLaughlin, principal of Deer Park Elementary, in a letter sent home to parents last week. Road rage in the drop-off line led one mom to whip out her heat, according to the Houston Chronicle, after she felt threatened. Well, that escalated quickly. Luckily, there was no gunfire. Everyone—including the kids who were in the backseats of their warring parents’ cars at the time of the incident—emerged unscathed. 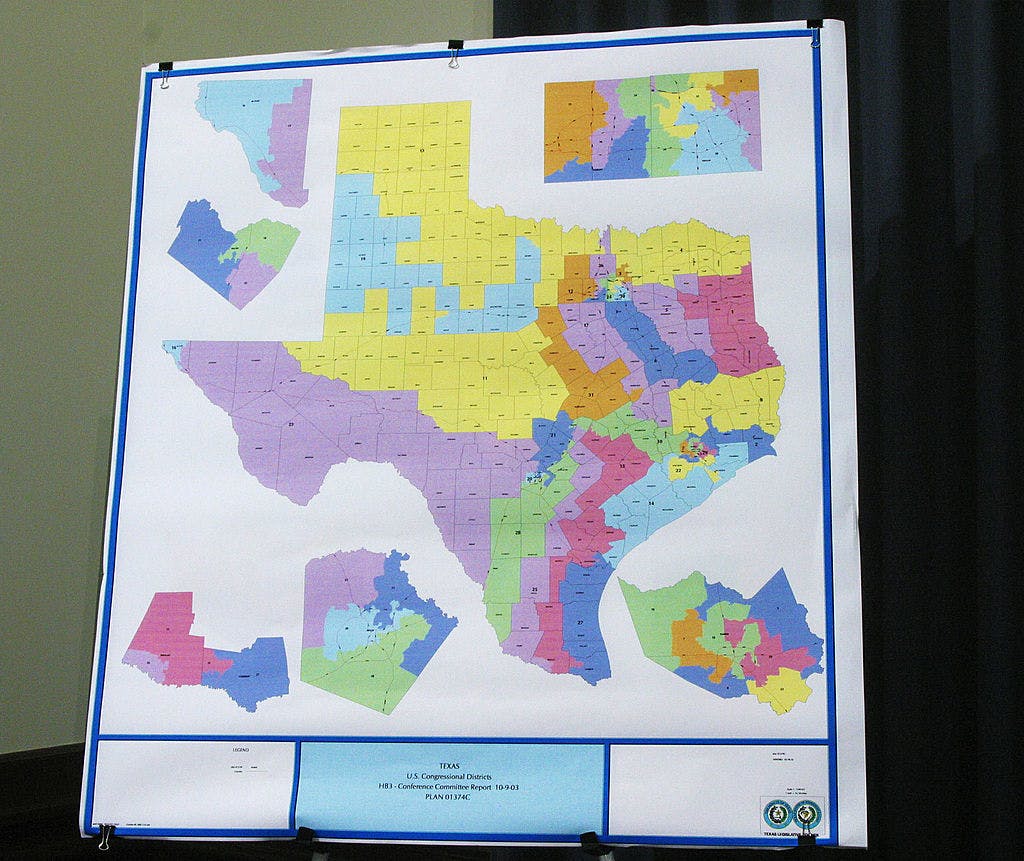 Gerrymandon’t
A panel of federal judges in San Antonio ruled that Texas’s congressional maps are drawn in a way that violates the Voting Rights Act, according to the New York Times. After a court battle that lasted nearly six years, the judges finally issued their ruling at about 10:30 on Friday night, according to the Texas Tribune. The ruling invalidated three districts: Congressional District 23, which stretches from San Antonio to El Paso and includes most of the Mexico border; Congressional District 27, which serves most of the Coastal Bend and runs up along the edges of Austin and Houston; and Congressional District 35, a strange sliver that snakes from San Antonio to Austin. Two out the three districts are held by Republicans. The judges ruled two to one that Texas’s maps were discriminatorily drawn, writing in the 166-page opinion that “mapdrawers acted with an impermissible intent to dilute minority voting strength or otherwise violated the Fourteenth Amendment.” The judges painted a grim picture of Texas, writing that “the record indicates not just a hostility toward Democrat districts, but a hostility to minority districts, and a willingness to use race for partisan advantage.” The ruling stems from the map of Texas’s congressional districts that was drawn in 2011, a year after the 2010 census, which had indicated Texas’s Hispanic population was fueling the state’s growth. The map was drawn the same year that then-governor Rick Perry signed the state’s controversial voter identification law. Friday’s decision adds another black eye to the public face of voting rights in Texas. The voter ID law has since been significantly weakened by the order of a federal court, and earlier this year, a federal judge ruled that Pasadena’s city council election process violated the Civil Rights Act and the Fourteenth Amendment, ordering that the elections be placed under federal oversight until 2023. It’s unclear if Texas’s map drawing will face federal oversight, too, but the three maps that were invalidated by Friday’s ruling will definitely have to be remade before the next federal census in 2020.

Lone Warrior
State Representative Jessica Farrar filed a bill last week that made quite a splash over the weekend. Should the bill pass, it’d create a $100 fine for “unregulated masturbatory emissions.” Farrar’s bill, called “A Man’s Right To Know,” was filed on Friday, and it satirically rips the way Republican lawmakers have approached abortion and other women’s health issues in Texas, according to the Austin American-Statesman. In the bill, Farrar writes that when guys use the self-checkout lane it’s an “act against an unborn child” that fails to “preserve the sanctity of life.” Under the bill, should a dude be unable to resist, he’d be required by law to do it inside a medical facility, where the “emissions must be stored for the purposes of conception for a current or future wife.” And if a man is caught masturbating in an unsanctioned location (at home, in a college dorm room, in an airport bathroom, etc.), then he’d be hit with a civil penalty. The bill is humorous, but it’s not meant to be taken lightly. “A lot of people find the bill funny,” Farrar told the Houston Chronicle. “What’s not funny are the obstacles that Texas women face every day, that were placed there by legislatures making it very difficult for them to access health care.”

Burned Out
Governor Greg Abbott declared a state of disaster for six counties in the Texas Panhandle on Saturday after wildfires swept through the area last week, according to the Amarillo Globe-News. Four civilians were killed and two firefighters were injured during the fire, which burned for most of last week and scorched more than 450,000 acres. According to the Globe-News, it was the third-largest fire in the history of the state. Abbott also asked for federal assistance to help farmers and ranchers rebuild. According to the Dallas Morning News, about 10,000 cattle and horses were displaced by the fire, and ranchers will need about 4,200 bales of hay over the next to weeks while they recover. Three of the fatalities were ranch hands who were reportedly trying to save cattle from the fire. Officials were focused on containing the fire for most of last week, so there still isn’t an exact tally of how many farm animals died. The body count is expected to be pretty high.

Trump Junior
Donald Trump came to Texas on Saturday—well, not that Donald Trump, but the junior version. President Trump’s oldest son, Donald Jr., visited Dallas to speak at a VIP reception before the Dallas County Republican Party’s Reagan Day Dinner at the Omni Dallas Hotel. During his speech, he thanked Texas for all its support leading up to last year’s November election. “The enthusiasm in this state was amazing,” Trump Jr. said, according to the Dallas Morning News. “Texas came through for us. Texas came through for this country.” Trump Jr. also gave a shout-out to Lieutenant Governor Dan Patrick, praising his work in getting out the red vote. As the Morning News notes, Texas raised more money for Trump than any other state. Saturday’s dinner, meanwhile, drummed up $500,000 for the Republican party. Not a bad haul. There were also about fifty protesters outside. They were there as much for Trump Jr. as they were for Senator Ted Cruz, who was also attending the dinner. “We think that by standing in solidarity and against Trump’s son and Ted Cruz we are sending a message to them that we are not a part of this racist and oppressive movement,” protest organizer Genesis Robledo told the Morning News.