The three-year effort to lure SpaceX to South Texas is the subject of a new Bloomberg News feature examining the use state and local incentives as a business recruiting tool. The article outlines the negotiations between CEO Elon Musk and various public officials who hope the company will build the world’s first commercial space launch site just outside of Brownsville. Those discussions, which began in 2011, have resulted in “about $20 million of financial incentives, laws changed to close a public beach during launches and legal protection from noise complaints,” among other guarantees, according to Bloomberg.

However, despite these assurances, it’s still not a done deal. Last spring, Musk told state lawmakers the company is “absolutely looking at other locations,” including Florida, Georgia and Puerto Rico.

The Bottom Line: Bloomberg notes that there has been a fair amount of quid pro quo in the negotiation process, as Musk has ramped up his lobbying efforts significantly in the last few years. The CEO has made about $12,000 in campaign contributions to Texas legislators including Rep. Rene Oliveira and Sen. Eddie Lucio, Jr. of Brownsville, and Rep. Jim Pitts, the chairman of the House Appropriations Committee.

Dr Pepper Snapple Group announced this week that its stock outperformed analyst estimates in the fourth quarter, despite drop-offs in profit and sales amid a “fizzling soda market,” The Wall Street Journal reports. The Plano-based beverage company took in $156 in Q4 profit, down from $170 million a year ago. Sales dropped by 1.4 percent to $1.46 billion, according to the newspaper. (Dublin Dr Pepper, where art thou?)

However, the company’s earnings per share jumped to 97 cents, surpassing Wall Street’s forecast of 85 cents and improving from its 82-cent EPS in the same period last year.

The Bottom Line: Dr Pepper Snapple is trying out some new strategies to improve business during the soft-drink industry slowdown, the Journal reports. It’s pushing Dr Pepper Ten and other lower-calorie products in an attempt to appeal to health-conscious consumers. And at the other end of the health spectrum, the drink maker recently cut a deal with Buffalo Wild Wings to carry Dr Pepper at all of the chain’s restaurants.

Trinity East Energy filed a lawsuit Thursday against the City of Dallas for refusing to keep an agreement that would allow the company to drill for natural gas on city-owned parkland. Trinity is accusing the city of “leasing it tracts of land — and pocketing millions in bonus payments — before refusing to issue zoning permits,” The Texas Tribune reports. Dallas officials responded that by denying the permits, the city was simply defending “its right to exercise its regulatory powers to protect public health and safety as well as the environment.”

The dispute traces back to 2008, when the city leased about 3,600 acres of land to Trinity in exchange for bonuses worth more than $19 million, according to the Tribune. At the time, the city manager wrote a letter assuring the company that she was “reasonably confident” the City Council would ultimately agree to issue the drilling permits. The same letter, however, includes a disclaimer that the planned arrangement was not legally binding. The city ultimately rejected Trinity’s permit request last March.

The Bottom Line: Trinity President Stephen Fort says the company is seeking hundreds of millions of dollars in damages in the suit, hoping to recoup more than $30 million it spent on planning as well as millions more that it could have earned over the lifetime of the wells, according to the Tribune.

Law firms that represent oil and gas companies are reaping the benefits of the Texas energy boom, churning out record profits at a rate of $1.5 million per partner every year, according to a new analysis by The Texas Lawbook. That money comes from the hundreds of mergers, acquisitions, and other corporate transactions that have gone through since the resurgence of the drilling sector about five years ago. Data collected by the research firm Mergermarket indicates that there have been 537 major M&A deals since 2009, collectively worth about $396 billion.

The Texas Lawbook report also estimated that “more than 3,500 business lawyers in Texas spent all or most of their time representing energy clients in 2013.” And industry experts predict the number and value of deals to continue to climb in 2014, citing “an insatiable appetite out there for capital in the midstream and upstream sectors.”

Whole Foods stock dipped on Wednesday after the company released pessimistic sales and profit forecasts for the year ahead. Shares in the Austin-based grocery chain declined 5.8 percent after the company said it does not expect same-store sales to increase by more than 6.2 percent in 2014, Reuters reports. That’s a downward revision from the company’s previous estimate of 7 percent sales growth — and significantly lower than “the 8 percent growth rate Whole Foods investors have been used to in recent years and which long made the retailer a Wall Street darling.”

Analysts attribute the slump to increasing competition as other grocery chains — including big-box retailers like Target, Costco, and Walmart — expand their selections of organic products. 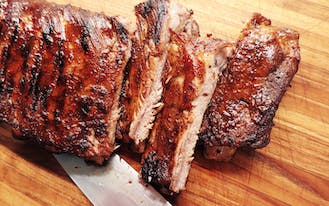 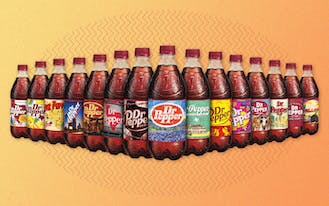 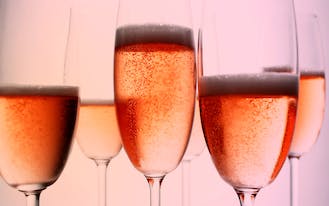 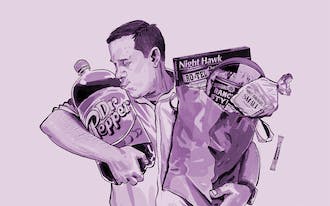