When the U.S. Supreme Court’s ruling on gay marriage came down in late June, Texas civil servants were conflicted. Some county clerks began immediately issuing marriage licenses to same-sex couples. Others in the same role were less enthusiastic—over in Rusk County, a clerk resigned her position rather than issue marriage licenses to same-sex couples. The concerns extended to our elected officials, as well: famously, the now-indicted Attorney General of Texas, Ken Paxton, told county clerks they were free to refuse licenses, and that, hopefully, lawyers would pop up to defend their right to do so.

Still, as the days have turned to weeks and the weeks to months, the resistance to same-sex marriage in Texas seems to have dwindled. A gay couple who sued Hood County clerk Katie Lang (not to be confused with singer and lesbian icon K.D. Lang) for her refusal to issue them a marriage license settled last week to the tune of $43,872.10, the exact amount that the couple spent on legal fees. Other Texas counties—apparently not wanting to shell out tens of thousands of dollars in fruitless defenses—seem to have since fallen in line with what the Fourteenth Amendment mandates regarding marriage and equal protection.

And the end of the official struggle against gay marriage in Texas government has now extended to the Department of State Health Services, the body responsible for issuing birth and death certificates. As KXAN reports:

As of Monday birth and death certificates in Texas have to comply with the Supreme Court’s decision on same-sex marriage, and that means the proper birth certificate indicating both parents. The decision in Washington two months ago, is still making ripples in Texas.

“Literally never thought it was going to happen in our lifetime,” said Jo Walski who’s adopted two kids with her partner Martha Pincoffs.

“All of a sudden the skies have opened and we’ve been granted the same rights and dignities that other families had,” said Pincoffs. […]

Currently the father slot is blank. But a letter from the Health Department vows all state paperwork will go along with the supreme court decision. No longer will the couple need to carry around this stack of documents for plane rides and first days of school.

Pincoffs added that the “paperwork is a pain in the rear,” which is especially true when the state department responsible for issuing said paperwork waits until the last minute to comply. In early August, U.S. District Judge Orlando Garcia issued ordered the Department of State Health Services to figure out the birth and death certificate issue by Monday.

It’s unclear at press time if the couple’s ability to guarantee that they both possess the same rights over their children has caused harm to heterosexual marriages, but we’ll assume not for the time being. 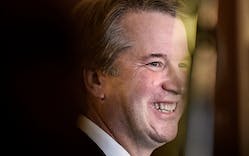 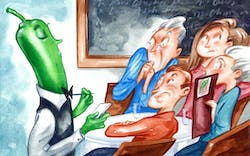