For our October cover story, Texas Monthly spent the better part of 2017 trying to pin down Texas music—not what it has been, but what it is right now. And what did we discover? That we don’t know Texas music, and you don’t know Texas music. No one does. The sheer magnitude makes it impossible for anyone to be the absolute authority on the subject.

That maybe wasn’t the decisive answer we envisioned—but man, did we find some great stuff along the way. These ten albums offer only a slice of the current climate, but they can confirm what we suspected all along: that Texas music is at the forefront of almost any genre you can name. 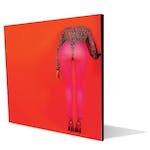 Not to condone judging things by their covers or anything, but the album art for St. Vincent’s fifth solo album, Masseduction, is quite revealing. It’s a woman bent over, seen from behind, with the emphasis on her derriere. Paired with the album’s title (and that leopard-print thong leotard) the message isn’t subtle. Dallas-native Annie Clark is here to seduce us en masse. With sultry synth-pop and lyrics like “you dress me up in a teacher’s little denim skirt,” the record is her most overtly erotic to date, but there’s another, sadder thread woven through those acidic bangers. The St. Vincent of Masseduction is all alone in a crowd of people. She self-medicates (“Pills”), she worries (“Fear the Future”), and the album’s lushest track, “Savior,” in which our heroine croons about role play and leather, is as much a song about weakness and emotional toxicity as it is about S&M. Which brings us back to that butt. St. Vincent bares ass on Masseduction in more ways than one, and that cover art is equal parts seductive and unnervingly vulnerable. — Emily McCullar 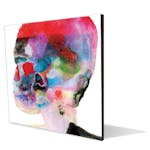 
One of the few unsurprising outcomes of 2017 was the release of another killer Spoon record. But even if Hot Thoughts is predictably superb, its tracks are addictively unpredictable. As ultra-fan John Spong wrote in our pages in March, Spoon can still throw a perfect curveball. Without losing their mastery of angular pop and negative space, they’ve throw in unexpected, technicolor synthesizers and a newly sinister bite. Nine albums in, they picked up shotguns and tore down walls, and they even made lounge jazz feel a little dangerous. At this point in their careers, these guys should be losing their edge; instead, they’ve found more ways to sharpen it. — Max Marshall 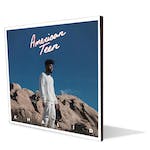 It’s noteworthy enough that one the year’s biggest debut albums comes from a pop sensation out of El Paso, a town whose musical traditions haven’t historically included radio-friendly R&B. But as the chorus of the album’s title track (“I’m from the city of the 9-1-5”) and its second single, “Young, Dumb & Broke” (a tribute to Khalid’s senior year at Americas High School), and the album cover art (Khalid standing before some West Texas mountains) made clear, American Teen isn’t just a record created by someone from El Paso, it’s of El Paso. It also proved to be undeniable radio bait, combining shimmering 1980s-style synths, irresistible dance beats, and Khalid’s emotionally thick voice to create something that feels like a snapshot of the hope and melancholy that’s an inescapable part of senior year. That’s a story that resonates anywhere (Khalid has hit the top ten in countries as far-flung as New Zealand, Denmark, and the Philippines), and Khalid’s focus on his adopted hometown is the sort of confident specificity that gives the album its heft. That’s a hell of an achievement for an artist who’ll be turning twenty this month. — Dan Solomon 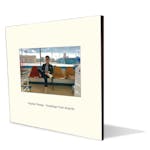 Amarillo’s favorite banker-by-day-musician-by-night deploys his usual American Primitive guitar-picking style on his third release, and most of it is predictably mellow and sunny, though there’s a good touch of weirdness in the mix. Single-note electronic soundscapes like “Dark Heaven” and “Cloud Pharaoh” either end with a timorous hiss, as if you’re about to get sucked up a tube, or leave you with a sense of foreboding. Bonus: The album concludes with a short poem by fellow Panhandle native Terry Allen, whose 1979 song “Amarillo Highway” was a kind of inspiration. As Pedigo told his hometown paper earlier this year, “I’m half joking, half serious…but it’s a country record.” — Katy Vine 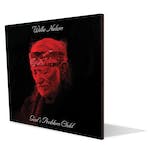 “I woke up still not dead again today” isn’t just a textbook Willie Nelson line, it’s the definitive refutation of the bogus Willie obituaries that have sullied your Facebook feed the last few years. Even so, there’s something oddly comforting, and very Willie, about him saddling up the elephant in the room and putting his own mortality at the core of God’s Problem Child. It’s damn near a concept album, with death lurking around every corner, from the “Old Timer” praying for “mercy and a few more days” to the album-closing requiem for Merle, “He Won’t Ever Be Gone.” Don’t write it off as a bummer though, because even the darkest moments here have an undercurrent of easiness that borders on swagger. On a song cycle about death, Willie’s rarely sounded happier to be alive. That too is textbook Willie Nelson, isn’t it? — Andy Langer 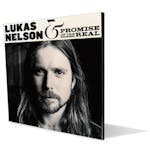 Lukas Nelson and Promise of the Real
(Fantasy Records)

For nearly a decade we’ve reduced Lukas Nelson to his father’s son and saddled him with our hope to see Family transition to Dynasty. But the burdens of expectation that come from being the scion of Texas’s Greatest Living Musician only seem to have built his character. Lukas’s fourth album represents a fiery refusal to be classified by much of anything, including his lineage. The set’s most memorable tunes, buoyed by generous guitar solos, smolder across six minutes or more and at various moments recall Harry Nilsson, Chris Stapleton, and Little Feat. Best of all, where Lukas used to get by with a warble, his voice has filled out enough that he’s an equally authoritative balladeer as he is swamp-rocker. There’s also series of nice cameos from Lady Gaga, Lucius’ Jess Wolfe and Holly Laessig, and, yes, his dad. But down the line, we’re just gonna remember this as the moment when the second coming became his own man. — Andy Langer 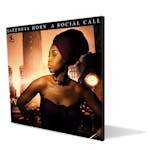 Videos of this young Dallas jazz singer joyously putting her stamp on Stevie Wonder and Chaka Khan songs have been making the rounds for a while, so fans may have expected that her debut album would defy even the indistinct boundaries of jazz. But no—this winner of the Thelonious Monk International Jazz Competition and the Sarah Vaughan International Jazz Vocal Competition is too in love with that tradition to give it the heave-ho, at least when she’s busy introducing herself to the world outside of YouTube. She kicks A Social Call off with “Tight,” a bare-bones tune built for virtuosic improvisation that was written by Betty Carter, one of her main influences, four decades ago. There’s nothing archival or reverential in Horn’s treatment; she serves up some turbocharged scatting and then, near the end, a few seconds of yodeling that presses beyond even the fearless Carter’s limits. Horn offers more along those lines—assured covers of “East of the Sun (And West of the Moon)” and “I Remember You” make clear to the gatekeepers of jazz authenticity that she knows her way around the syllabus she’s studied so hard. And then there are the hints of what’s to come—most notably, a medley of a spoken word poem, the jazz standard “Afro Blue,” and the black spiritual “Wade in the Water” that’s heavy on African percussion, imitations of animal noises, and police sirens. It’s a taste of what’s in store when she finally does blow the jazz vocal canon wide open. — Jeff Salamon 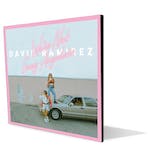 Like the woods in rural Maine where Ramirez withdrew to record his seventh full-length album, these ten tracks are snow-on-the-ground cold and sparsely populated—the minimally deployed moody synths and slow-building rock melodies are a stark departure from the Austin songwriter’s more conventional Americana sound. “I wanted to make a record that sounded like the music I listen to,” Ramirez told Texas Monthly earlier this year, which meant scaling back the twang to allow his indie-rock influences (the National and the War on Drugs, specifically) to shine through. We’re Not Going Anywhere  also finds Ramirez at his most political. On “Stone Age,” a song he penned while watching the recent presidential election unfold from England, Ramirez sings, “Well I’m tired of waitin’ on the world to change/Funny how the future is looking more like the stone age.” But the overarching message isn’t one of hopelessness. The two older women on the album’s cover—a pair of cancer survivors decked out in Miami Vice-like swag and framed by pink neon—point to the theme undergirding the wintry aural textures: a gritty determination to endure. “You’re gonna hear my voice loud and clear… I’m not going anywhere,” he sings on the album’s closer—a message that, ultimately, sounds a lot like spring. — Christian Wallace 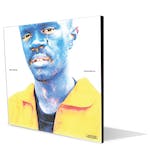 Before it even released an album, Brockhampton was probably the greatest rap group in San Marcos history. But the fifteen-man collective—now relocated to Los Angeles—has a bigger ambition: It wants to redefine what it means to be an “all-American boy band.” Saturation (the first of three 2017 full-lengths; Saturation III came out in early December) lays out the group’s template: streaming-friendly hip hop featuring gay, straight, white, and black voices, some from Texas, others from points a far afield as Florida, Grenada, and Northern Ireland. There’s no breakout star among the crew; instead, the collective brings out a goofy, brotherly energy that’s more than the sum of its whiz-kid parts. The many comparisons that have been made to the L.A. hip hop collective Odd Future are apt, but Saturation is also a little bit Springsteen: it captures the joy of small-town weirdos aiming for the top of the world. — Max Marshall 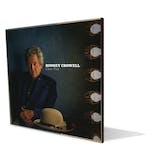 As he approaches his seventh decade, the past seems to be on Rodney Crowell’s mind. He begins Close Ties with “East Houston Blues” a jangling guitar-driven track about growing up among the refineries and icehouses of the city’s rough Third Ward. The last track, “Nashville 1972,” is a plaintive ballad Crowell wrote while the death of his mentor and friend, Guy Clark, was still fresh in his mind. The song chronicles the Houston Kid’s arrival in Music City and how he became a part of the now legendary cohort of Texas songwriters (including Townes Van Zandt, Mickey Newbury, Steve Earle, among others) who used to gather around Guy and Susanna Clark’s kitchen table for all-night guitar pulls. The Tyler-born songwriter Richard Dobson, who also makes an appearance in the song as one of Crowell’s roommates in those early days, passed away earlier this month, adding another shade of poignancy. But even as the real-life characters in Crowell’s songs thin with time, the elder statesman continues to write music that’s just as vital as anything he scribbled in the Clarks’ kitchen; “It Ain’t Over Yet,” which he sings with Roseanne Cash and John Paul White, won Song of the Year at this year’s Americana Music Honors & Awards ceremony. “I don’t care what you think you heard, we’re still learning how to fly,” he sings on the track, “It ain’t over yet.” Longtime fans will likely utter a collective “amen.” —Christian Wallace