If you’re stopped on suspicion of drunk driving in Texas, you’re not required to perform the field sobriety tests the officer who pulls you over asks you to do. You aren’t required to blow into a breathalyzer, either. The state can’t force you to provide evidence it’ll use against you when you’re prosecuted, unless it has a warrant. (During no-refusal weekends, when magistrates are available 24 hours to issue warrants at DWI stops, you can be required to provide a blood sample.) But if you refuse to provide the evidence it requests, the state can automatically suspend your driver’s license through Texas’ Administrative License Revocation Program.

That’s a lesson Texas State University student Tara Monroe earlier this year. As the San Antonio Express-News reports, the industrial engineering junior was stopped on suspicion of DWI after a Waka Flocka Flame show. Monroe refused to take a breathalyzer test, and her license was suspended. Unable to drive—her dad took her car back to her native Kingwood for good measure—Monroe began to look for alternatives.

“Riding a bike around campus sucks,” she told MySA.com. “Like really sucks.”

It didn’t take long for the 5-foot-3, 20-year-old to decide the Barbie girl life was the one for her. After some Craigslist perusing, she found her sweet ride for $60, its previous owner was a little girl named Charlene.

“When we drove up to buy it Charlene asked where the little one was to test drive it to which I replied, ‘I am the little one,’” she said.

Since taking on the 12-volt miniature Jeep, Monroe has become something of an Internet sensation—Gawker’s Sam Biddle all but proposed!

YOU GUYS THIS GIRL DROVE A PINK BARBIE JEEP TO SCHOOL pic.twitter.com/7vQPnd01ZP

Of course, there are those who are unamused by Monroe’s making-pink-Barbie-lemonade-out-of-DWI-lemons approach to the charges against her. But it’s worth pointing out that the 20-year-old hasn’t been convicted of anything yet; her license was revoked because she refused to perform a breathalyzer test, not because she was driving drunk.

There are good reasons a person who’s been pulled over on suspicion of driving while intoxicated might refuse a breathalyzer—not only because you’re not required to provide evidence against yourself if you’re guilty, but also because the accuracy of the machines has been called into question numerous times over the years, which means that you run a risk of being convicted even if you’re innocent. But the Administrative License Revocation Program kicks in regardless of the driver’s rationale.

So feel free to enjoy Monroe and her pink Barbie Jeep without wringing your hands about what a bad person she must be. DWI is a serious danger, but we don’t know if Monroe was drunk that night or not. What we do know is that the image of her soberly driving a little pink Jeep around campus will live on the Internet forever. 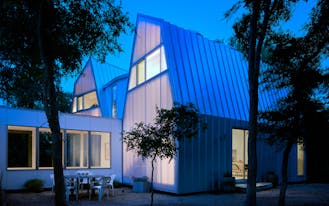 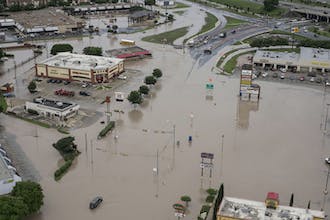 The Next Legislature Will Meet Amid an Economic Nightmare. What Could Go Wrong?