UNLIKE THE PRICES FOR CARS or hamburgers, the quoted price of an airline ticket includes tax. Most passengers are unaware that those $99 fares are really $90 plus a 10 percent tithe to the federal government that helps pay for the national air traffic control system. Fares are confusing enough without worrying about taxes. As long as everybody pays the same tax, who cares?

Starting now, you do. As of October 1, everybody won’t be paying the same tax. While Republicans and Democrats spent the summer battling over tax cuts, the nation’s airlines—including Texas-based carriers Southwest and American—were waging an equally fierce but little-noticed fight over the ticket tax. The new formula, adopted by Congress in August, will eventually reduce the tax to 7.5 percent but will add a new $3 charge for every stop en route, including the final destination. The result is that many passengers of smaller airlines, like Southwest, will pay more tax, while many passengers of bigger airlines, like American, will pay less.

The big carriers argued that the old formula amounted to a subsidy for Southwest. “It had no rational relation to the demands that a particular airplane placed on the air traffic control system,” says an American executive who didn’t want to be indentified. “A typical Southwest flight stops at more airports than a typical flight on American or Delta. The tax is supposed to be a user fee, and an airplane that travels from point to point uses more airports than an airplane that goes from a hub airport to a spoke and back again.”

Sound reasonable? Not to Southwest. “This is not about the air traffic control system or federal tax policy,” says Ron Ricks, Southwest’s vice president of governmental affairs. “It is about restricting competition. The large airlines want less competition and higher prices. Our flights are spread out throughout the day. We use less-congested airports and place less demand on the system. The hub-and-spoke airlines bring their planes in at peak times. That’s what drives the cost of the air traffic control system. It’s like building the church for the crowds on Easter Sunday.”

Here is how the new tax will work after it is fully phased in. Say a man in Midland wants to go to Baltimore. On American, he changes planes once in Dallas and would pay a tax of $36 on a $400 fare (7.5 percent of the fare, or $30, plus $6 for two stops). In the old days he would have paid a flat 10 percent tax, or $40—a $4 difference that is a boon for American. On Southwest, the same man might touch down in Austin, Houston, and Nashville before arriving in Baltimore. On a fare of $200, the tax would be $27, including $12 for the four stops—or $7 more than the old tax. What this means for Southwest, Ricks says, is a tax increase of $50 million in the first year, rising to $110 million after five years. In 1996, its most profitable year ever, Southwest’s net income was $207 million.

If Congress doesn’t change the tax (and that is unlikely, since Speaker Newt Gingrich, a Georgian, weighed in heavily on behalf of Atlanta-based Delta), Southwest faces some hard choices: raise fares, concentrate more on long-distance flights, or cut service to smaller cities. And where will most of the burden fall? Texas—which means you. 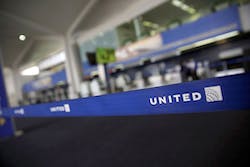 United Airlines Had a Rough Month 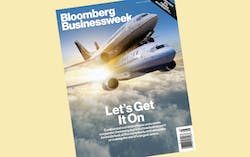