This article originally appeared in the June 2018 issue with the headline “Take Me Out to the . . . Custom Bat Showroom?”

Texas might be a football state, but our biggest city holds the World Series title, cementing baseball as part of our cultural identity. This summer, tens of thousands of fans will soak up the championship glory as they cheer on the Astros at Minute Maid Park, in Houston, while others will give the injury-prone Rangers some needed support at Arlington’s Globe Life Park. But we’ve found three other ways to experience the national pastime, each with a high cool quotient. Step right up to the plate.

With its black brick exterior and heavily tinted windows, the building at the corner of Main and Malcolm X, in Dallas’s live-music haven of Deep Ellum, belies what’s inside: a whimsical, vibrant, Willy Wonka–esque world of colorful custom baseball bats, or as Warstic refers to its creations, “prime hitcraft for hunters of the baseball.” The brand just opened the first phase of its new headquarters, which will soon be a place where anyone from a Little Leaguer to a professional player will be able to come in and have a bat custom-made on-site, with the final product hand-dipped in the paint color of his or her choice.

Warstic was started in 2011 as an online-only custom bat operation by Ben Jenkins, a branding executive who played high school ball at Lake Highlands, in Dallas, and college ball in Mississippi, and spent a year in the Philadelphia Phillies farm system.

In 2016, rock star (and Detroit Tigers fan) Jack White and Los Angeles Angels second baseman (and onetime Texas Ranger) Ian Kinsler—both drawn to Warstic’s bat designs—became investors in the company. Last year, they and Jenkins announced plans for Warstic’s first brick-and-mortar store and headquarters, in Deep Ellum. In April, the showroom and demo center debuted in the sprawling 10,000-square-foot space. The trio’s grand plans include adding a batting cage; a restaurant and bar; a mini-factory, to make the custom bats; a “boardroom,” where players, coaches, and parents can attend training seminars; and an underground speakeasy (the building boasts Deep Ellum’s only basement).

Twelve miles east of downtown Austin, a stretch of five tree-filled acres is home to the Long Time, an event venue whose raison d’être is its sandlot baseball field. The place is the creation of Fort Worth native Jack Sanders, a Stetson Open Road–wearing designer and maker who in 2013 bought the land to create what he had dreamed of since he was a grad student at UT’s School of Architecture. The compound, which serves as headquarters for his company, Design Build Adventure, is “part art studio and part atelier, laboratory, event space, campfire circle, workshop, and baseball field,” he says.

All Kinds of Hits

In July, Rocker B Ranch will host a Little League Baseball tournament as well as the Backroads Music Fest (July 5 and 6), with country artists such as Pat Green and the Randy Rogers Band.

The Long Time serves as the home field for his sandlot adult-league team, the Texas Playboys Baseball Club, a group of musicians, writers, filmmakers, and other stalwarts of the city’s creative scene, like neon-sign artist Evan Voyles, chef Rene Ortiz, and BMX star Aaron Ross. The venue hosted its first event in 2017, and it’s already become a hot spot. This April, Sanders spearheaded a fundraiser for Democratic U.S. Senate hopeful Beto O’Rourke, drawing a crowd of several hundred to watch the congressman—himself a baseball devotee and occasional center fielder for Los Diablitos, a sandlot team in El Paso—play ball.

But the facility offers more than just baseball; Sanders leads workshops, including “Yoga and Welding,” in which, for $225, you can learn the basics of metalworking after perfecting your warrior pose.

In 2005, Lance Byrd, an entrepreneur in oil and gas production and real estate, and his wife, Lauren, purchased 320 acres in Graford, a quiet town set in the rolling hills of Palo Pinto County, some seventy miles west of Fort Worth, where the Byrds live. It was meant to be a getaway from the big city for the family. After their two children took an interest in baseball, a sport Lance played during his first years at Baylor University, he decided to build a baseball field at the ranch in 2013. It became a place where friends would gather on weekends for casual games that lasted well into the night.

The consummate hosts started adding to the property, first building four cabins; then a tennis court, swimming pool, workout room, video arcade, and driving range; and finally, last year, Lance’s personal field of dreams: a second pristine baseball diamond, with a custom amphitheater. They also developed a ten-room lodge and a building called the Locker Room, overlooking the baseball field, that sleeps up to sixteen. Now the couple rent out Rocker B for corporate retreats, weddings, and, of course, baseball games. 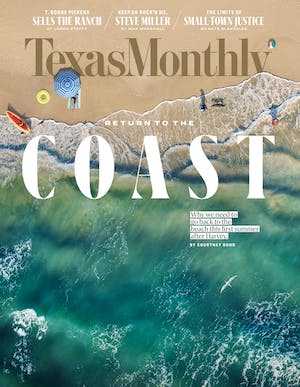 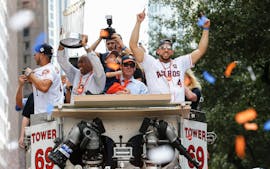 In ‘Hurricane Season,’ Joe Holley Tells the Unlikely Story of the Astros as World Series Champs 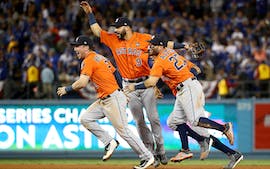 The Astros Are Back and Better Than Ever 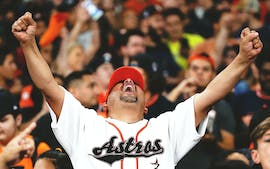 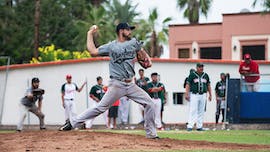 Where Did All the NFL Draft Prospects From Texas Schools Go?