In 1929, a used-car salesman in Waco named Edgar Lee Torrance opened what would become the first motel chain in America. With its cheesy white-stucco wink to the Alamo’s facade, Torrance’s Alamo Plaza Hotel Courts featured individual carports for guests, telephones in each room, and “a Beautyrest mattress on every bed,” according to newspaper advertisements.

The chain’s eventual expansion to twenty courts in six Southern states predated the nation’s first Holiday Inn, which didn’t open until 1952, and Howard Johnson’s, which was founded in 1954. Torrance helped cement Texas’s reputation as a state in love with its open roads and far-flung destinations. The marketing slogan was Torrance’s idea of Texas shorthand: “Remember the Alamo Plaza.”

By the latter part of the twentieth century, travelers associated motels with roaches, drugs, and/or verboten trysts. (Torrance reportedly at one point would not permit couples with local drivers’ licenses to stay in his motels—an attempt to curb said trysts.) But travel industry entrepreneurs who understand the power of a rebrand have been dusting off old Texas motels—and the reputations that go with them—and refurbishing them for tourists in search of “authentic” local color. Motels and motor courts have made a comeback in recent years, and as the pandemic has led travelers to rediscover the great American road trip, younger generations of travelers are driving up and checking in.

In Texas, the motel comeback comes in two flavors: refurbished updates of the old 1930s motor courts and new builds that riff on the humble vibes of mid-century lodgings. Many new and redesigned motels have opened in the past decade, with options across the state: Salado’s Stagecoach Inn (2018), the East Austin Hotel (2019), Stonewall Motor Lodge in Stonewall (2019), and four new builds from Valencia Hotel Group from 2013 to 2020: Lone Star Court in Austin, Cavalry Court in College Station, Texican Court in Irving, and Cotton Court in Lubbock.

With clean lines, unfussy furnishings, and retro nudges, these properties intentionally recall a time before cookie-cutter hotel chains and credit card travel-rewards points were the norm. As motel owners and designers tell me, today’s travelers want to feel like locals in their chosen destination. That means packing the itinerary with independently owned restaurants and activities fueled by local recommendations. They want places to stay that match their customized and Instagrammable agendas. Motels fit the bill.

In Texas, Valencia Hotel Group has pushed the hardest for the motel resurgence, launching four newly built motor courts in eight years. The group’s properties across Texas were a gamble that founder, president, and CEO Doyle Graham Jr. made based on his family vacations of the sixties and seventies. “The places you would stay, oftentimes roadside motor courts … when you pulled in, the kids all piled out of the car, and we got in the pool, and our parents fixed a cocktail and sat outdoors and relaxed,” he says. “The room was not the entertainment. We were outdoors.” Graham’s vision, birthed from a different generation, seems to resonate with travelers born in a different time.

On a recent Friday at the Cotton Court in Lubbock, the bustling on-site restaurant Midnight Shift featured a local musician, while outdoor fire pits burned through the night. Many middle-aged and younger guests, some with laptops out, lingered over glasses of wine and games of Jenga. Rocking chairs in the exterior hallways are a signature of the brand, meant to draw visitors out of their rooms. Inside, the high-thread-count linens, Instagram-ready wall art (a framed cross-stitched Buddy Holly lyric: “You’re so square, Baby I don’t care”), and retro-style Smeg refrigerators stocked with locally sourced drinks and snacks are noted upgrades from the typical fare at classic motels.

Latest From Where To Stay Now 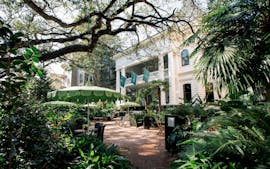 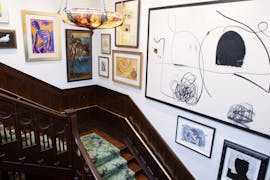 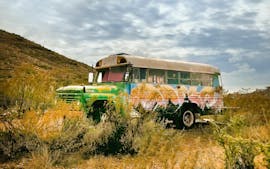 Whether or not the name includes the word “motel,” these Texas properties share design characteristics like squat, one- to three-story footprints, open-air corridors and entryways, and an emphasis on community spaces like outdoor fire pits and bars. Some even have designated coworking areas for both travelers and locals, lending some street cred to the shiny new digs. That laidback community experience is a big part of the draw.

Part of the goal of an updated motel “is to make it feel like it belongs to that place,” says Bob Harris, partner of Lake Flato Architects, who worked on Austin’s Hotel San José and the Austin Motel with hotelier Liz Lambert, as well as other motor court projects like the Thunderbird Hotel in Marfa. “If I’m going to travel to a new city, I don’t really want to feel like I’m experiencing the corporate chain version of that city,” he says. “Really what we’re doing is creating a social experience more so than just simply a place to sleep.”

That was certainly the intention that began with the first wave of Texas motel revivals in the late nineties and early aughts. Austin’s South Congress Avenue was the center of the trend then, with the revitalization of the run-down Hotel San José. Lambert’s redo of the San José helped spark the modern development of South Congress, now an iconic Austin destination. Lambert acknowledges the renovation’s role in kicking off gentrification of the neighborhood in her 2021 documentary, Through the Plexi-Glass: The Last Days of the San José.

“The San José was one of the earliest examples you’re going to see of that kind of boutique hotel reestablishment of a dilapidated motor court,” says Harris. “I think it was extremely influential. That was our first hotel, but we do work all over the country now, and I can’t tell you how many times people refer to the San José as a pivotal project.”

Harris says his team drew design inspiration from properties such as the still-operating historic Tarpon Inn in Port Aransas, a motor court that includes rocking chairs outside its doors, arranged on an elevated balcony to invite conviviality among guests.

Larger hotel chains are grabbing at these “personal touch” hallmarks too, with events like complimentary wine social hour in the evenings or locally produced artwork in public spaces—but they often miss that crucial slow-down-and-chill vibe that Texas motels offer to travelers. “There is without a doubt a trend in hospitality where people want unique experiences—you can see this in the fact that every major hotel chain is trying to hide the fact that they are part of a major chain,” says Jeff Trigger, president of Austin-based LaCorsha Hospitality Group, which owns East Austin Hotel and Salado’s Stagecoach Inn, among other Texas properties.

At their inception, motels were not catering to budget travelers or hardscrabble locals. They were a clean, comfortable mid-range option with a high level of customer service. “We built nice motels—not extra nice—but nice,” William Farner, a Torrance partner, reflected in a 1986 Houston Chronicle interview. “We catered to the customer. If someone needed to know where a grocery or a dry goods store was—we helped. If we could do the customer a favor, we did.”

Today’s new motels are often branded as “boutiques” and charge four-star rates to match that kind of exclusive service and local experience. The historic Stagecoach Inn, which reopened in 2018, generally charges around $200 per night, while rates for Valencia Group’s court hotels range from $150 to $200. As a result, owners are more likely to see their real competition as Airbnb, not the behemoth hotel brands.

In Fort Worth, Hotel Dryce, slated to open this summer with 21 rooms, is a new build within the bones of an old dry-ice factory in the city’s Cultural District. It’s motel-esque with its exterior corridors and central gathering space, but owner Jonathan Morris prefers the congratulatory term “craft hotel.”

A popular local entrepreneur (he owns Fort Worth Barber Shop and stars in a new show on the Magnolia Network, Self Employed), Morris is the type of person who says a hotel lobby is his “love language.” He hopes the small boutique space brings locals and travelers together organically—an aspiration that’s on trend for these new lodgings. Among other touches, Morris will offer annual grants to showcase local artists, particularly artists of color, in his hotel, and rooms will be tricked out with smart pads to let guests order extra towels or get a restaurant recommendation. It’s the old Alamo Plaza Hotel Courts’ customer service reimagined for the twenty-first century.

As Americans break out of our pandemic year and begin to travel again, with a reinvigorated interest in road trips, expect to see friends posing in those rocking chairs in your Instagram grid. A recent survey found that 88 percent of Americans have travel plans within the next six months, the highest level in more than a year. Motel owners say leisure business has remained steady. “It’s an interesting trend to hit right now, because Americans are probably going to be exploring their own country more avidly than they have in years,” says Pauline Frommer, editorial director for Frommers.com and Frommer’s guidebooks. “I think we’re in the golden age of the road trip, and these motels were built for road trips.”