Willie Nelson onstage during the 1980 Fourth of July Picnic, at the Pedernales Country Club, in Spicewood.

“According to my grandmother,” Willie Nelson once said, “the definition of music is anything that’s pleasing to the ear. Once I learned that, I quit thinking about it.”

That’s a perfect Willie quote. It touches on family and music, the two things that matter to him most. Like the songs he’s written, it’s clean, short, and simple on its face, with a dose of his signature everyman humility. Since 1962, Willie has recorded an astounding 143 albums in just about every genre but hip-hop and heavy metal. If you’ve ever wondered why he has ranged so widely, the quote explains it: apparently Willie heard something in the various styles and songs he’s explored that made him feel good. And he never worried about whether that made sense to anyone else; his grandmother told him it didn’t matter.

Last summer, some editors at the magazine broached the unthinkable: What do we publish when Willie is gone? It’s a question that media outlets around the world have asked every time he’s canceled a tour date in the past twenty years. But our answer was immediate and resounding: Screw that. We need to celebrate Willie—to thank him—right now. 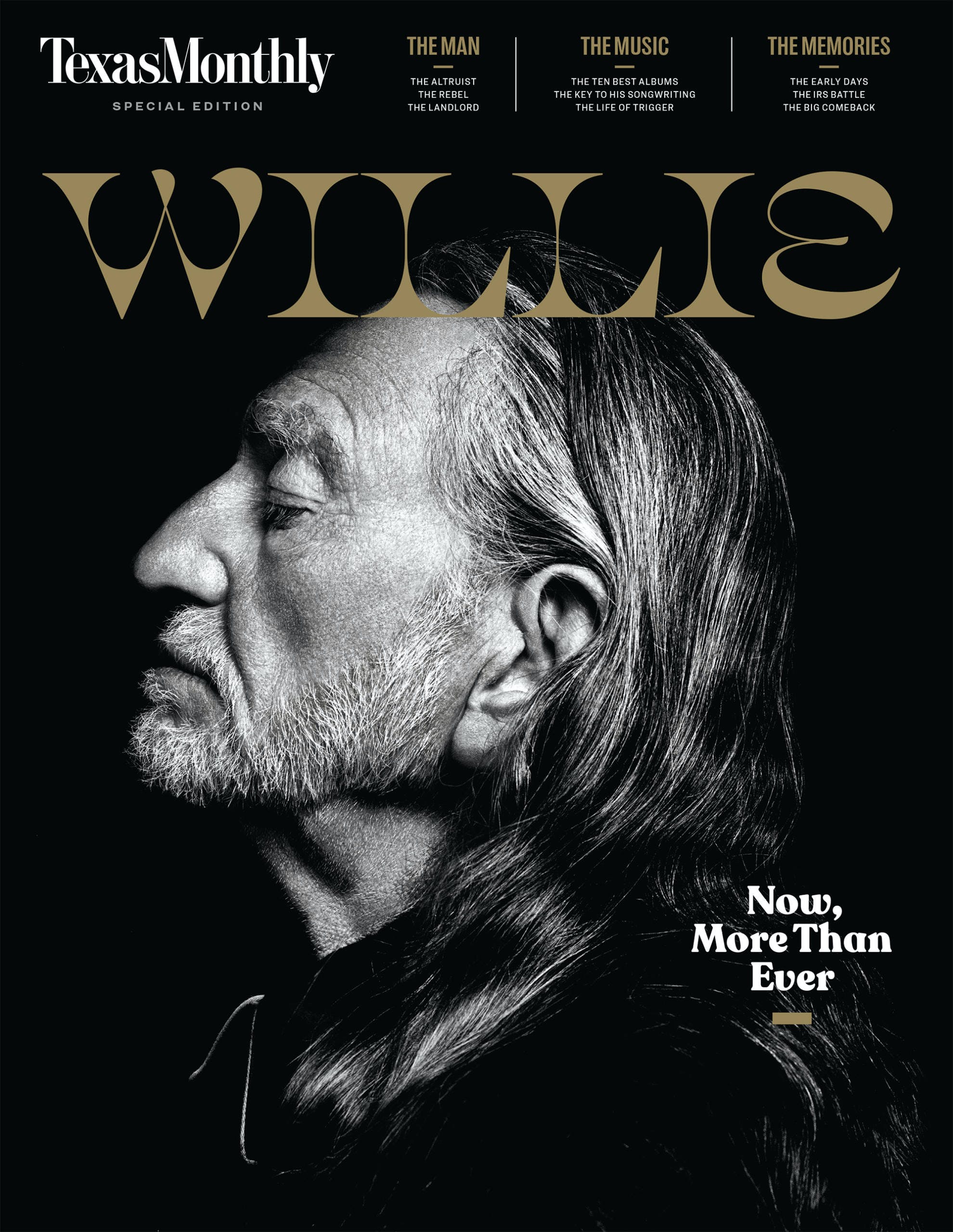 So we embarked on a special issue … and a few other projects. On this page you’ll find new essays on Willie’s singular stature as a songwriter, vocalist, guitarist, humanitarian, and, oddly, landlord; each episode of our podcast “One by Willie” features a conversation with one prominent Willie fan about one Willie song that they really love; a comprehensive ranking of every album Willie has released; as well as an animated video of Willie’s epic 2016 ACL Festival performance. And, of course, Texas Monthly has been covering Willie Nelson since 1973, so there’s so much more.

We’ve learned a lot from Willie over the years, and the biggest lesson became the guiding philosophy for this special project: When life gets hard, Willie Nelson gives people a song. And Texas Monthly gives people Willie Nelson.

‘One by Willie,’ Episode 1: Margo Price on ‘Angel Flying Too Close to the Ground’

In the first episode of our new series, the Grammy-winning artist talks about writing sad songs and tells a great dirty joke she learned from Nelson himself.

Nelson’s rendition of ‘On the Road Again’ gets special treatment for this year’s all-virtual festival.

A portrait of the man, in the words of those who know him best.

Why We Need Willie Nelson Now, More Than Ever

The Texanist: What Would the World Be Like if Willie Nelson Had Never Happened?

I Wasn’t a Big Willie Nelson Fan. These Ten Songs Turned Me Into One.

Before he moved his home and his headquarters out to the Hill Country, Willie conducted an experiment in communal living right in the heart of Austin. It was as crazy as you might expect—and helped turn a sleepy college town into the Live Music Capital of the World.

Over the decades, he and Trigger have created an unmistakable—and uncannily human—sound.

Everyone knew Willie could write great songs and sing them too. But no one—except Willie, of course—believed he could masterfully cover Gershwin and Ellington.

The man from Abbott has never forgotten his humble roots—and has tirelessly devoted himself to helping others.

Simple is simply moving to me: How Willie does so much with so little.

The recording career of country music’s greatest artist, surveyed, sized up, and sorted on the occasion of his 87th birthday. 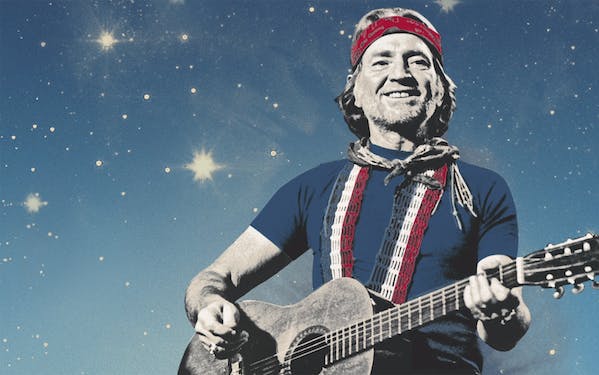 The Red Headed Stranger is about to be eligible for Medicare? Ain’t it funny how time slips away.

When the IRS seized all that Willie Nelson had, it was a case of the man who can’t say no meeting the men who won’t take no for an answer.

“Many formidable vocalists with huge, operatic voices and expansive ranges don’t sing with such confidence and expressive power. They may have stronger lungs but not a deeper heart.”

Most guitars don’t have names. This one has a voice and a personality, and bears a striking resemblance to his owner.

If you haven’t met the Red Headed Stranger, maybe you should.