Last February, at the start of the 85th legislative session, this magazine named Lieutenant Governor Dan Patrick the most influential person in Texas politics. And for good reason: in the months leading up to the session, he had deftly maneuvered to set the state’s agenda, and he let it be known that he would tolerate little dissent in the upper chamber. What Patrick wanted, he intended to get, and he planned to bulldoze right over anyone who stood in his way, including, if necessary, Speaker Joe Straus and Governor Greg Abbott. When we placed Patrick on our cover, we did so along with two words: in charge.

Early in the session, it looked as though things were going the lieutenant governor’s way. He and his committee chairs steadily passed his priority legislation. He got bills on virtually all of his wish-list items: school choice, property taxes, sanctuary cities, student-teacher relationships, partial-birth abortion, even hailstorm lawsuit reform. Everything seemed to be going according to plan.

Then came Senate Bill 6, which was branded as the Women’s Privacy Act but was better known as the “bathroom bill.” It was ostensibly designed to protect women from men pretending to be women from entering a public bathroom and assaulting them, even though there was no instance of such a thing occurring in Texas. The effect of the bill, whether intentional or not, would have been to marginalize transgender people. Right from the start, the bill was a solution in search of a problem, an ill-advised, half-baked, disingenuous stunt that ran a very real risk of putting in jeopardy one of the most vulnerable populations in our state. 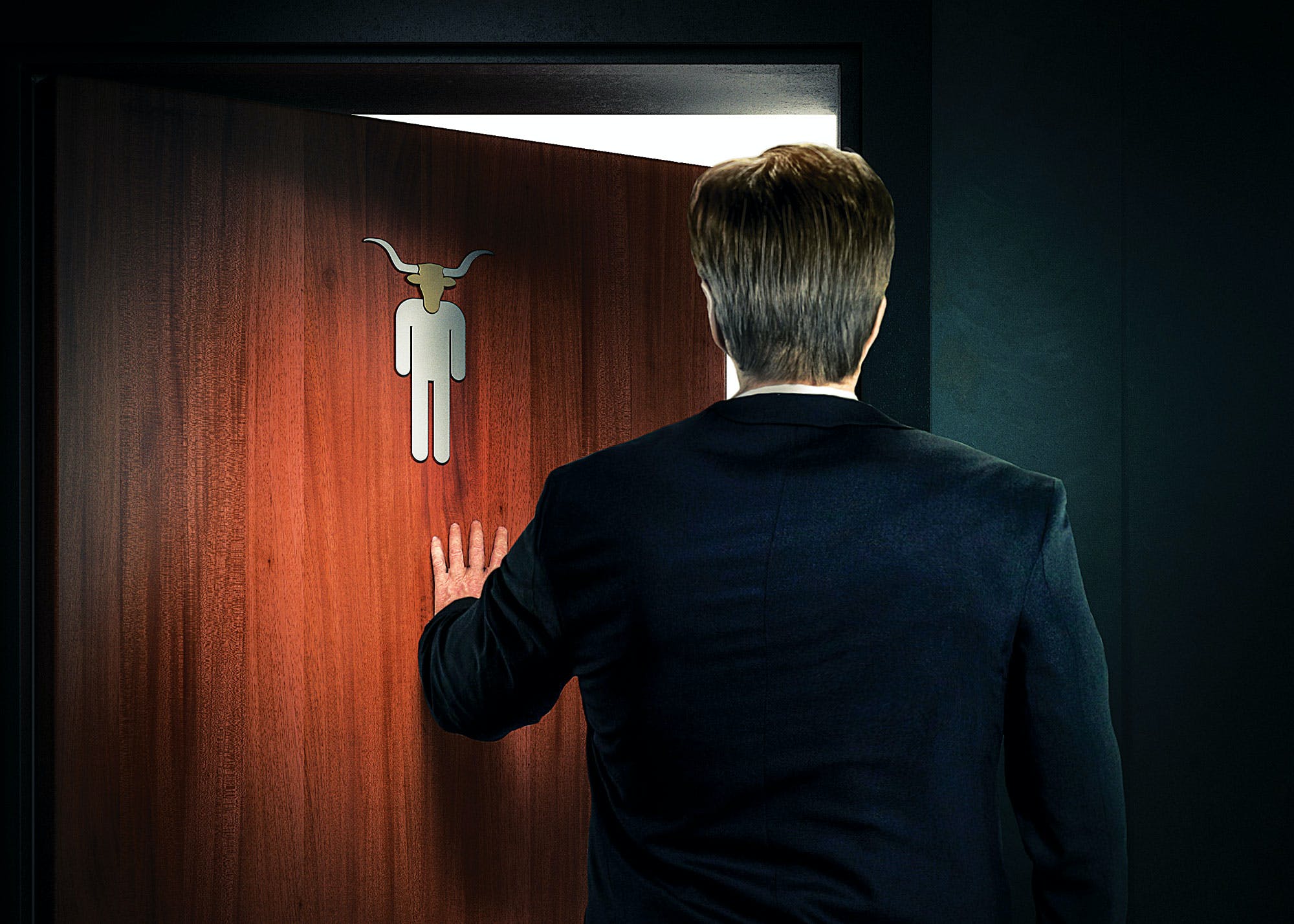 People the lieutenant governor should have listened to tried to talk him out of it. Prominent members of the business community stood dead set against it. They pointed to North Carolina, where the passing of a similar bill in 2016 resulted in a fiasco. A San Antonio Area Tourism Council study predicted Texas would lose more than $3 billion a year in tourism business if the bill passed. The Texas Association of Business warned that the bill would cause problems with employee recruitment and retention. Companies such as Apple, IBM, Tenet Health, South by Southwest, Dow, and Dell formed a group called Keep Texas Open for Business, with the express purpose of stopping the bill. Even Big Oil joined the resistance.

The Republican-controlled House, too, sent warning signs. The normally reserved Speaker Straus piped up to say he thought the state had far more important priorities, calling the bathroom bill “manufactured and unnecessary.” The Senate Bill sat for months in the House but never got to the floor. Eventually the House passed its own version, diluted to harmlessness, which Patrick promptly declared unacceptable. The clock was running out, and rather than let the bill go, Patrick took hostage two bills that would keep alive a handful of state agencies—including the one that licenses doctors—in order to force a special session.

A million taxpayer dollars and a monthlong special session later, the same forces that had blocked the bathroom bill earlier halted it again. The whole episode was a master class in waste. The most influential person in Texas politics used his vast power to manufacture hysteria (boys and girls showering together at school!) to pass a law few in the state wanted, only to see all his efforts come to naught. In his obsession with where people pee, Patrick flushed away much of his political capital and a lot of taxpayer money—and put at risk untold millions in economic activity. That makes him our 2018 Bum Steer of the Year.