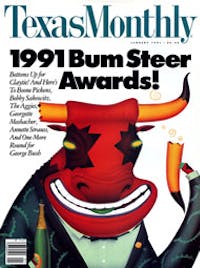 Two nights before Halloween, Richard Garriott stands in front of his three-story custom-built home on a hilltop overlooking Austin. Wearing a crown, he strolls up and introduces himself in a distinctive English accent as Lord British. Everyone in my party of four laughs. We are waiting to be guided through his residence, Britannia Manor, which has been converted into a very special spook house.

When it is time to enter, Lord British returns to tell us that his house had once been a monastery before being taken over by evil spirits. We stop at the front door, where a bolt of electricity fells a friendly monk. Lord British then shows us to a campfire. There, he says, we will encounter a monk to lead us into the house, where we will, perchance, find the gargoyle talisman, which will cleanse the house of all evil spirits.

For the next 45 minutes, we maneuver through secret passageways, fight off demons and menacing flying creatures, float across the River Styx, and survive an earthquake before securing the talisman from a mad doctor. By the time we are shown the exit, I too am speaking in an English accent, shouting, “Godspeed, kind souls!” to the monks who have accompanied us on our quest. It has been like being inside of a life-size game.

Garriott’s spook house, I later learned, was based on the Ultima saga, a series of role-playing fantasy computer games he designs under the name Lord British. The 29-year-old Garriott has been so successful at designing games that he can easily afford to invest $50,000 and thousands of man-hours on the frivolity of a spook house. Yet the fun is related directly to his work. Officially, he is the senior vice president, the creative director, and the cofounder of Origin Systems, an interactive-software company with sixty employees. In a rapid-fire patter that bears not a trace of the Queen’s English, Garriott informs me that Origin has sold more than a million games for personal computers worldwide; his Ultima series is the longest-running, highest-grossing product line in the industry.

Origin’s headquarters in West Austin is a hacker’s heaven, where the workers meditate upon computer screens, test new games, create newer games, offer advice to confused players who call the Origin hotline for help, and toss around ideas for future projects. In one office, two young men fidget with a Nintendo Gameboy to see how a version of Ultima will work on the tiny hand-held screen.

Garriott’s white knit shirt with a Mickey Mouse logo, macramé bracelet, calculator wristwatch, stud earring, and tennis shoes blend right in with the casual attire favored by the rest of the staff (one exception being older brother Robert, Origin’s CEO, who lives in New Jersey and travels extensively). Like many of the company’s employees, Garriott is a college dropout. “Most universities don’t offer a curriculum that is beneficial for microcomputer applications,” he explains. “They’re still teaching mainframe business computers.”

Origin’s origins were in the family garage in Houston, from which Garriott first shipped games he had designed and programmed. His father, Owen, was a NASA astronaut. His mother, Helen, received her master’s degree in art. Garriott discovered the joys of inventing games as a high school freshman, when he was exposed almost simultaneously to computers, J.R.R. Tolkien’s Lord of the Rings, and role-playing fantasy games like Dungeons and Dragons.

“The first game had a primitive catch-the-bad-guy theme based on Dungeons and Dragons,” he recalls. “By the time I was finished with the project, I would think I’d learned so much, I ought to start over and do it better.” That system of improving on the theme continued through high school. The summer after he graduated, in 1979, he got a job in a Computerland store, where the manager suggested selling his latest version, Akalabeth (“a game of fantasy, cunning, and danger”). “The first week, I sold only seven,” says Garriott. “But one managed to find its way to a publisher called California Pacific. They flew me to their headquarters, I signed a piece of paper, and they started sending me money.”

As his income rose, his grade-point average at the University of Texas at Austin, where he had enrolled, fell. “It became very clear I could not keep both things going,” he says. “It was very difficult to leave school and go play games for a living, but I had an opportunity that would never come again. If I stopped making games, I couldn’t catch up with the industry later.

After distributing his product through several publishers, he joined forces with Robert to start Origin in 1983 with financial support from his family. One company, they reasoned could control both the development and the marketing of games. It was a wise decision, considering the rapidly changing industry. The days of a computer nerd’s working alone to conceive, program, draw, and write a game had given way to sophisticated group efforts, involving a leader or producer, a designer, animators, scriptwriters, and various support groups—sort of like making a movie.

“The big difference between movies and computer games is the computer user can interact with the game and influence the plot,” Garriott says. Origin carries fifteen titles, with a current release schedule of four to six games a year. Recent titles—a shoot-’em-up space odyssey called Wing Commander: The 3-D Space Combat Simulator (currently the number-one-selling PC game in the nation); and Worlds of Ultima: The Savage Empire, the first spin-off from the classic Ultima saga—have cost more than $500,000 each to develop.

Game designers must not only top their last creation to hold the public’s interest but also learn to employ the capabilities of each new generation of computers. Origin’s games, Garriott brags, are great showcases for the capabilities of state-of-the-art PC hardware. At the same time, Origin is converting many games for the comparatively primitive but hugely popular Nintendo NES and Gameboy systems.

Chris Roberts, the designer of Wing Commander, is Origin’s other star. Garriott asks the 22-year-old British native to fire up his latest creation. The opening 3-D graphics and music score are as impressive as the THX sampler that precedes the feature movie. The stereo sound track, Roberts points out, is decidedly more complex than a movie score, since the music must shift to another melody, depending on what transpires on the screen. The game runs the player through basic training and conversations with other pilots before strapping him into the cockpit. The pilot must dodge asteroids and fend off enemy attackers while blasting as many bad guys as possible. Get blown away, and a somber military funeral materializes on the screen.

Garriott’s Ultima series is at the opposite end of the spectrum from Wing Commander. The earliest Ultimas were based on the fantasy story line in which the player-hero kills the bad guy, who is plundering the peasants. With Ultima IV: The Quest of the Avatar, Garriott changed the scenario. “There is no bad guy,” he explains. “It’s a Holy Grail type of thing, a personal exploration. The game is about virtue.

“In one scene, you go into a shop to buy herbs from a blind woman and drop some coins into her basket. You can cheat. But if you do, later you’ll ask some wise man to help you, and he won’t because you deceived the blind woman. I’m not selling this as truth,” Garriott says. “I’m selling this as entertainment with an ethical edge. If I can give an ethical parable instead of teaching someone to go out and pummel somebody, I get a sense of personal satisfaction.”

Wes Nihei, the managing editor of GamePro magazine, is one of many fans. “Garriott is a very good storyteller as well as a game designer,” he says. “He keeps up with the hardware technology. That’s why Origin has been able to survive.” And at a time when most American business leaders complain about Japanese trade barriers, Garriott’s Ultima saga is so popular in Japan that it has spun off a cartoon show, a music video, and a slew of merchandising.

Such stuff may be impressive to serious gamers, but try explaining it to a Texas banker, for whom computer games seem to be about as attractive as real estate investments. “Our old bank in New Hampshire [where Origin was based before relocating to Austin] is the only one that will make us a loan,” complains Garriott. “We’ve never defaulted on a debt, and even though we’re showing eight to ten million dollars in revenues this year, Austin bankers won’t even talk to us. No one here understands the software industry.”

Perhaps that would change if a few bankers visited Britannia Manor when it restaged for Halloween, 1992. At least they might understand why a successful executive like Garriott would invite people to his home just to scare them. “It’s like some rock star explained on MTV when asked why he did live concerts as well as made records,” says Garriott. “I work in a medium where you create a product but never get to see any individual reactions. The spook house lets me see how the audience likes my work.”