The Granary in San Antonio was supposed to have its final service on the last day of November. When I spoke to chef and owner Tim Rattray a month ago he said his focus would shift to his other San Antonio restaurant, Fontaine’s. Those plans changed just before Thanksgiving, when Rattray filed for bankruptcy protection and immediately shuttered both restaurants. It was an unfortunate end to an acclaimed restaurant, but the Granary’s influence didn’t die with it.

It’s an easy joke to note that a restaurant once dubbed “the future of barbecue” now has no future. However, I’d argue the food the Granary served still represents the future of Texas barbecue in many respects. Menu items that Rattray was ridiculed for by barbecue purists years ago have since become trendy. In the early days of the restaurant, Rattray looked like an outlier, but his innovations have been emulated rather than dismissed by a new generation in Texas and beyond.

It had been two years since I’d eaten at the Granary when I made reservations for what I knew would be my last meal there, in mid-November. I’d gone alone during nearly every other visit, and therefore had been able to order only one or two of the dinner entrees. This time I brought a group along so we wouldn’t have to choose between the pastrami short rib and the shoulder clod. The former may seem like old hat now, but Rattray had been serving pastrami beef rib since 2013, before the barbecue pastrami craze in 2016 (which I designated the #YearofPastrami). It was consistently one of his most impressive dishes.

“That’s the best shoulder clod I’ve ever eaten,” exclaimed one of my dining companions. She is an opinionated eater well-versed in barbecue, and that surprise was a reaction Rattray was used to. Naysayers distracted by the crunchy quinoa garnish or the tomato caramel underneath the smoked beef clod often missed that the meat was smoked well enough to stand on its own. The same can be said for the sliced fatty brisket with kimchi. The pickled garnish would have elicited upturned noses just a few years ago. Now LeRoy and Lewis Barbecue in Austin adds it to every barbecue sandwich instead of dill pickles, and it tops one of the most popular sandwiches at Brotherton’s Black Iron Barbecue in Pflugerville.

In early 2017, I reveled in the herbs and Thai-inspired dipping sauce Rattray had added to a bowl of smoked pork riblets. Acid from the lime and rice vinegar, heat from the chiles, and the funk of fish sauce complemented the smoky flavors of the pork better than any barbecue sauce I’d eaten. On this last visit, he had paired the same elements with slices of lean brisket. A short jaunt north in Austin, self-described Asian smokehouse Loro has built a good chunk of its menu around these flavors since it opened in 2018. I’m not suggesting Loro copied the presentation style, but the Granary was on the front lines of convincing a barbecue-dining public that there was nothing to fear from these new combinations.

The first I heard of smoked brisket ramen was from Ramen Tatsu-ya in Austin, when it brought some brisket up from Smitty’s Market in Lockhart for a special in 2013. A year later, the dish became an everyday item at the Granary. Rattray made a broth from smoked shoyu and layered a thick slice of brisket over the top of handmade noodles and an onsen egg. I didn’t try it until the final month the Granary was open. I’d gone to two different dinners in Dallas where Franklin Barbecue’s brisket was featured in a bowl of ramen for one night only. I’ve driven to Austin to stand in line for a fleeting special of smoked brisket ramen, and I happily slurped it at Kemuri Tatsu-ya when it opened in 2017. The Granary’s ramen was always going to be there, I figured. I’d get to it one of these days. I’m embarrassed to say, to that end, I was one of those who didn’t fully appreciate the boundaries the Granary was pushing before nearly anyone else.

A bowl of smoked pasta with burnt end Bolognese received mixed reviews at our table during that final meal at the Granary. I haven’t seen other flickers of a barbecue-and-pasta trend, nor has smoked pasta itself gained much traction. One question I’ve gotten a lot recently is when we’ll see more main-course vegetables coming out of smokers. Maybe we don’t because the dishes aren’t Instagram-worthy enough? Whatever the case, I hope some health-conscious pitmasters had the opportunity to try Rattray’s smoked sweet potato. More dishes like that would get me to happily eat my (smoked) vegetables.

I wanted to get more details about how these dishes were devised, but Rattray has gone off the grid. He hasn’t answered my texts, phone calls, or emails. I guess that’s understandable after he declared bankruptcy. Certainly there are staff members left without jobs and angry creditors who are unlikely to get paid. The closing of the Granary is harder to get sentimental about because of the messy end, but that shouldn’t keep us from reflecting on the innovations the restaurant and its chef brought to Texas barbecue. You may be one of those diners happy that the place is in the past. Maybe you laugh that it was ever called the future of barbecue, but much of the delicious innovation we’re enjoying in Texas barbecue exists in part because of the boundaries the Granary pushed. 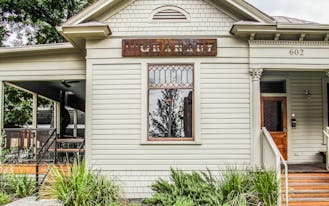 The Granary, Once Proclaimed the Future of Barbecue, Is Closing 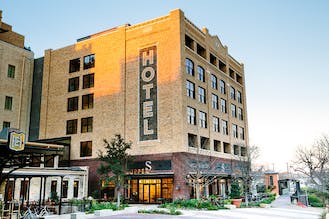 The Texanist: Are You Getting Tired of the Craft Beer Craze?