Sometimes known as the “Church of the Holy Smoke,” this joint is a destination for BBQ lovers all over the state. It has made it onto countless “best of” lists when Texas BBQ is being discussed, and the church’s incredible story has been told in magazines and television. Needless to say, this was a must-see destination for myself, Smokemasterone, and Smokey D. The trip down to Huntsville flew by on a rainy Saturday morning, and we got into town before they opened. We spent our extra time at McKenzie’s BBQ down the street since it opened earlier. We paced ourselves at the warm-up joint, so we were salivating when we pulled into the parking lot and drove past the prominently placed smoker.

The place was empty right at 11:00 when we entered, and we could see smoked meat piled into warming cookers behind the counter. The obvious choice was to get a sampling of meats which included sausage, chicken, brisket, and ribs. Buttermilk pie could not be resisted, nor could a few cans of Dr Pepper. 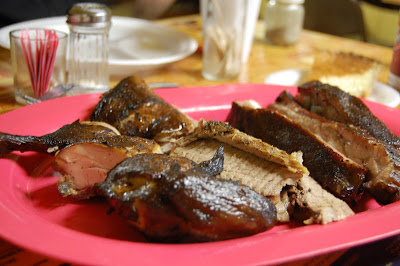 As the meat arrived at our table, we couldn’t wait to dig in. I grabbed a pork rib first. It took quite an effort to pry meat from bone, but the huge spareribs had a good level of smokiness. Cooked too fast and too short, there was still plenty of unrendered fat. Chicken had decent smokiness and overall flavor, but the white meat was terribly dry, and the skin on all the cuts was still chewy. Sausage was the best, with plenty of black pepper and a nice snap. I tried the brisket last hoping for the best. I could see the gray slices sitting on the platter while I ate the other meats, and the lack of guttoral sounds from my tablemates was a bad omen. The slices were chewy and lacked any sort of crust, smoke ring, or smokiness. The meat tasted like nothing more than baked roast beef.

After all the hype, our carload of hopefulness was dashed. I know that the place is run by the church, so the staff is not always the same, but I’m not sure if the role of pitmaster is shared. If so, it may explain why our trip was so disappointing, but I’d assume they’d have their “A” team working on a Saturday. Either way it’s going to be hard to justify another three-hour drive to test the theory. If you make the trip, by all means I want to hear about your experience. Just be sure to get the sausage and buttermilk pie in case all else fails. 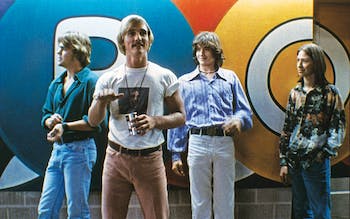 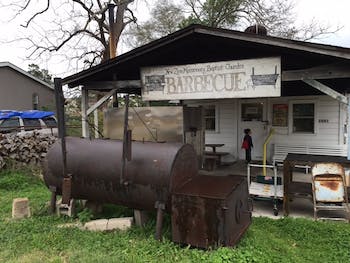 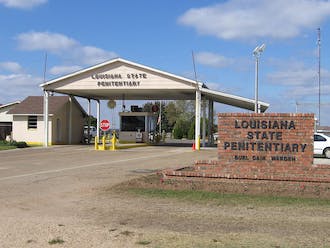 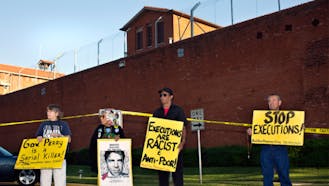