When the oil and gas business left James McFarland behind, he took it as a sign that it was time to become a barbecue entrepreneur. He already had a passion for barbecue, but when he was laid off, McFarland developed solid barbecue chops working for two of the best barbecue joints in the state, Tejas Chocolate and Barbecue and The Pit Room. In May 2018, two years into his barbecue journey, he opened up the Reveille Barbecue trailer in Magnolia with his partner Michael Michna. The oil and gas job came back just before the barbecue business got into full swing, and for now, he juggles both professions.

“Barbecue is my passion, but oil and gas supports my family,” he said. That means seven-day work weeks. After leaving the office on Friday afternoon, he heads straight to the barbecue trailer, where he serves up smoked meats until they close down on Sunday. Michna’s no slouch either. Firefighting is his day job, but after cooking for competitions with McFarland, he’s hooked on barbecue. Thankfully, Michna’s family provided the team with a cheap lease on a plot of land along FM 1774. A large wooden deck left by the previous tenant (who sold outdoor furniture) serves as the dining area beside the trailer.

There’s construction all along the road for miles both north and south of Reveille. McFarland isn’t sure if that’s what has caused business to slow a bit over the last couple months, but it can’t help. They smoke seven or eight briskets per day and the barbecue is usually gone by 3 p.m. The team has been trying to keep things interesting by changing up the menu often, sometimes in the middle of service. Last week, McFarland ground and stuffed a batch of banh mi sausage he made on a whim while Michna worked the window. The sausage was a hit later that day and into the next.

All the sides at Reveille Barbecue

Michael Michna (left) and James McFarland of Reveille Barbecue Co., which is closed for now.

When I visited, the daily special was taco sausage. The cheesy link was promising, but McFarland admitted over the phone that it wasn’t their best batch that day. While not as revelatory as the similar chile relleno sausage down the road at Tejas Chocolate and Barbecue in Tomball, it reminded me of that taste, which makes sense, considering McFarland’s previous employment there. This crew knows how to cook some barbecue, and they’ve got the right equipment as well. Next to the trailer, a smoker made by Evie Mae’s in the Lubbock area sits inside a screened-in pit room. It’s safe to say McFarland and Michael are off to a good start.

A massive beef rib was a steal at $20. That’s the flat price Reveille currently charges for the pepper-coated behemoth, so get one before they decide to make a profit on it. The heavy coating of black pepper was a theme throughout the menu, from the tender, smoky 44 Farms brisket to the lusciously fatty pork belly. The only fault in any of those items was that the shared rub was applied so heavily as to make it was hard to tell the proteins apart. Pork ribs, while still peppery, got a lighter dusting, as did the juicy smoked turkey. I wish each cut had more of its own personality, but I also enjoyed every bite.

There aren’t as many options for sides, but they’re all done well. The scoop of chunky red potato salad came from a McFarland family recipe. McFarland and his wife came up with their version of esquites, which they call “Tex-lotes.” It starts with roasted kernels of corn that are topped with crema, cotija cheese, and cilantro. Shishito peppers get a simpler treatment. They’re blackened a bit on the flat top and served with a spicy ranch, which was a good pairing with the beef rib too.

I asked McFarland what it would take for him to feel comfortable making barbecue his full-time job. He was candid about the importance of health insurance and a 401K, which he’d lose if he quit his corporate job. “We would need a lot more money,” was his honest answer. Trying to build a business while working elsewhere for five days a week is also a challenge. “We’re just trying to make good barbecue and hopefully people will come eat it. Maybe enough so that one of us can quit our job,” McFarland said. “We’re going to be in the grind for a while.” Eventually, he and Michna will have to either go all in on barbecue or fall back on their day jobs, but for now, McFarland is committed to it. “Giving up [on barbecue] is not an option right now,” he said. 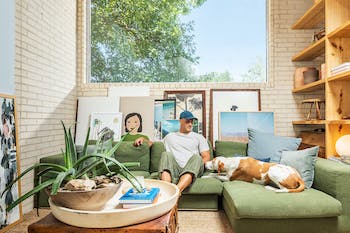 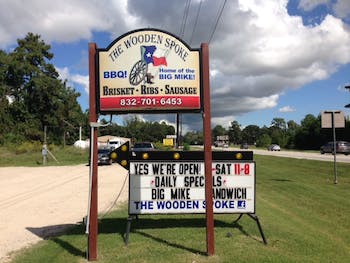 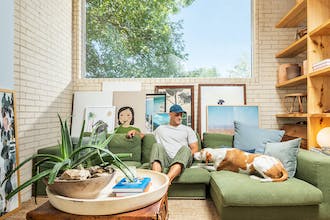 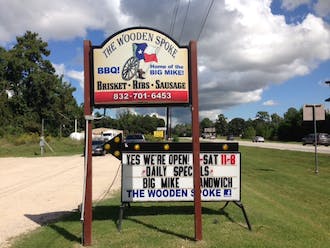 How to Be Southern