Every king needs his queen, and for Paul Qui – chef/owner of East Side King and winner of Top Chef Texas – that queen is Deana Saukam. Deana, better known for her alter ego the East Side Queen, has been by Paul’s side ever since his whirlwind rise to fame. After Paul’s win on Top Chef Texas, the couple has been traveling the world, planning new restaurant projects, and soaking up nothing but love from the Austin culinary community. 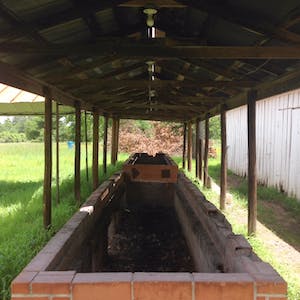 Not only has this been a great year for Qui; it has also been a banner year for Deana, who got engaged to Paul in New York earlier this year. The stylish, bubbly Deana talks with TEXAS MONTHLY about her year of traveling and eating, working in fashion, and what’s to come in 2013. This has been a big year for both you and Paul. Tell me about your world travels and what you two have been up to recently. We had a great year of travel. It was a whirlwind, beginning with the Top Chef Texas finale in Vancouver, British Columbia, with non-stop travel from February through November. The first set of trips – Louisville to London – was taken without any stops back to Austin in between cities. We went to Louisville, Kentucky for the Kentucky Derby and to visit Ed Lee, a contestant on Top Chef, and his wife, Diane; New York for the James Beard Awards. Paul won this year in his category, so that was a definite bonus; Paris to wine, dine, and shop; London for more delicious food, shopping, and to see the Snow White and the Huntsman premiere. We also had dinner from Heston Blumenthal, St. John, and Hakkasan; then, we went to Tokyo for more R&R. Highlights from that trip included Jiro, Tsukiji Fish Market, Ramen Inoue (a ramen stand in Tsukiji), the Tsukemen ramen in Tokyo Station, shopping in Ginza, and all the little izakayas next to the train stations. I also fell in love with MOS Burger, since I have a soft spot for really good burger chains, like In-n-Out. We went to Copenhagen for the MAD2 food symposium, hosted by Renee Redzepi. The whole conference was an incredible experience, and I have it on my list to go back every year. Copenhagen is so beautiful, and everyone is so friendly and fashionable, and the weather was amazing while we were there. We celebrated both our birthdays in Spain, starting in Madrid, on to Marques de Riscal, then San Sebastian, with a day trip to the Guggenheim Museum in Bilbao. During this trip, we did so much and had such a great time. We ate such amazing food in all the places we went. We went to Manila, Philippines to see where Paul grew up and experience all the cuisine and culture that really influence him. The food was delicious, and Paul’s family is really great. Paul had to make an appearance to promote the Emmys, so we hung out in LA for a bit. Other trips we took included Chicago; New York City; Las Vegas; Kansas City; Seattle; Vancouver; Portland; Aspen; Washington, DC; Columbus, Ohio; and Pittsburgh, Pennsylvania. I hope I haven’t forgotten any places we visited this year! Since returning from our last trip, we’ve been working on opening East Side King at Hole in the Wall and Paul’s upcoming flagship restaurant, Qui, which is planned to open in spring 2013. Also in development is a fifth East Side King location on South Lamar. We are taking a break from traveling so we can focus on East Side King and Qui, among other side projects. What was the most interesting or surprising culinary experience you had on your trips? Any crazy foods or restaurants you were exposed to? I would have to say that my top places to eat this year were Copenhagen, San Sebastian, and Tokyo. Every place we go to is surprising and interesting in its own way. I am a pretty adventurous eater. I eat pretty much anything and everything, so there wasn’t anything that was too shocking. They did serve us live tiny shrimp that jumped out of mason jars at Noma and larvae and ants during the MAD2 Food Symposium, provided by the Nordic Food Lab. The ants have the same chemical make up as lemongrass, so they were demonstrating how these naturally found proteins can be substituted for certain flavors. The “craziest” restaurant I ate at this year would have to be the meal we had with Nathan Myhrvold in his Cooking Lab. It wasn’t “crazy” per se, and it’s not an actual restaurant, but the entire meal was definitely extremely interesting, and the food was pretty much perfect. I was in awe during the entire meal. I am a bit of a nerd, so being around so much sophisticated laboratory equipment while eating an amazing scientifically prepared meal with a genius was pretty intense. Also, since it is not an actual restaurant, the experience felt even more special. From what I understand you, like Paul, had quite an interesting culinary upbringing. My mother is a really great cook, and my dad can eat a lot of food. Like a lot of food. It is pretty amazing. We’re Cambodian, so she would cook a lot at home. Cambodian food is very similar to Vietnamese food, but with influences from Thai, Chinese, and French cuisine. My family loves food, so we’re always eating and talking about food. We also have family in France, so we would travel there in the summers when I was growing up and, of course, eat everything. How have you been involved in the development of Paul’s new restaurants? I have been sitting in and giving input on the design development meetings for Qui, and I’ll also be handling all of their PR and Marketing. We are working with a tailor to custom some aspects of the server uniforms, and since I graduated with a degree