That IPA you prefer may be local, but stop calling it a “micro.” The suds formerly known as “microbrews” have officially evolved into “craft beers,” a lexical shift that reflects the exploding popularity of independent breweries (there are currently 2,500 nationwide, the most since the 1880’s). In Texas this means that more awesome beer is flowing than ever before. Lately, the state’s craft brewers have emerged as a force to be reckoned with, winning taste tests against top brewers from historically beer-proud regions like the Pacific Northwest and New England. At the 2013 Great American Beer Festival, in Denver, a kind of craft-brewing Super Bowl, Texas brewmasters brought home an impressive ten medals.

What’s more, new laws passed during the 2013 legislative session will make it easier for smaller, independent brewpubs, formerly restricted to on-premises sales, to package and distribute their beers, so there’s no doubt this trend will continue. The new rules also pave the way for larger breweries to add shops and barrooms. In other words, Texas craft beer is poised to get even bigger. “It’s more change than we’ve seen in Texas beer laws in a very long time,” says Tony Drewry, of the Texas Tavern League, a trade association. Austin and Dallas have the most diverse selection of breweries, but well-curated tap walls can be found from Houston to El Paso. We turned to some barkeeps and industry insiders for local recommendations.

Jester King Brewery
“Austin’s still in its infancy in terms of brewing,” says John Thomas “J.T.” Egli, who with his wife, Brandy, runs the bar Craft Pride. “But we’ve got some kick-ass beers.” Egli says the most ass-kickingest is Jester King’s barrel-aged Atrial Rubicite, which is made with one ton of Washington state raspberries. 13005 Fitzhugh Rd, Austin (512-537-5100). Open Fri 5–9, Sat & Sun noon–6. jesterkingbrewery.com

Lone Pint Brewery
At Houston’s Hay Merchant, owner Kevin Floyd dedicates about one third of his 85 taps to Texas beer. He says his current favorite is the Yellow Rose, from Lone Pint Brewery, in Magnolia. The beer is known as a “SMaSH” for its single-malt, single-hop recipe, deriving floral notes from a mild, citrusy new strain of hops known as Mosaic. 507 Commerce, Magnolia (281-731-5466). Open Sat 11–3. lonepint.com

Peticolas Brewing Company
With a sweet malt flavor and a heady amalgam of hops that help mask a 9 percent alcohol content, this imperial red ale ranks high on Tony Drewry’s list of Dallas craft beers. “The name says it all,” laughs Drewry. “It tastes smooth like velvet, but it hits you like a hammer.” 2026 Farrington, Dallas (214-234-7600). Public tours every first and third Sat 1–3. peticolasbrewing.com 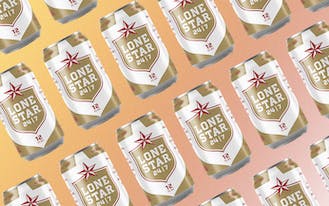