Frequently called the Julia Child of Mexican cuisine, celebrated author Diana Kennedy has written nine cookbooks of recipes she’s gathered during her extensive travels throughout every region of Mexico, from Chihuahua to the Yucatán. In April Kennedy, who is originally from the U.K., traveled from her home in Zitácuaro, Michoacán, to personally deliver her archives to the University of Texas at San Antonio. The UTSA Libraries Special Collections is receiving her personal papers and research documents as well as her collection of cookbooks—including eleven Mexican cookbooks from the nineteenth century. Those tomes will strengthen the school’s already impressive collection of Mexican cookbooks, which, at 1,900-plus titles, is one of the country’s largest. Kennedy, who is 96 years old, was also recently the subject of the documentary Nothing Fancy, which was directed by Austin native Elizabeth Carroll and earned a special jury prize at its premiere earlier this year at South by Southwest.

Kennedy is a traditionalist who has developed a reputation for her harsh critiques (she’s not a fan of Tex-Mex, to put it simply) and firm opinions on cooking. She’s spent more than half her life in kitchens, restaurants, markets, and forests across Mexico, learning directly from the people creating the food she writes about. During her recent visit to Central Texas, Kennedy discussed her legacy and the challenges she’s faced.

Texas Monthly: What do you think are some of the biggest misconceptions Americans have about Mexican cuisine?

Diana Kennedy: Well, what is Mexican cuisine? There are 31 states, and each of those states has different ingredients, different ways of treating them. You can’t just call it Mexican cuisine—it’s from Veracruz, from Hidalgo, places where the difference in the way you cook the beans will change the dish completely.

TM: How do you think your writing has changed those perceptions?

DK: When [The Cuisines of Mexico] was published, in 1972, it made waves. People realized there was more to Mexican food than tacos and guacamole. People were becoming aware of a country that we shared a two-thousand-mile border with, and maybe a small percentage only knew Puerto Vallarta and Acapulco.

TM: The documentary really highlights the lengths that you go to learn about and record recipes from the people making them. Throughout your career, why was achieving that level of accuracy important to you?

DK: I always stop and say thank-you and give credit. [The people I visit] have cooked these meals for generations, and I was very proud that they would welcome me into their kitchens, their neighborhoods, the forests near their houses. I’ve loved the people I’ve met with and the recognition I’ve gotten from so many generous people who are excited to see their recipe in print with their name.

TM: When you first moved to Mexico with your husband, in 1957, what were your first impressions of the food?

DK: I started trying traditional Mexican food that the cleaning lady would prepare. She showed me how to make tamales, and I started recording her recipes. Some of those recipes appear in my first book.

TM: You later moved back to Mexico from New York in the seventies and started traveling throughout the country to learn more about the cuisine. Were there any dishes or ingredients that stood out to you right away?

DK: The pipián mole that was thickened with pumpkin seeds—that was the biggest surprise. The food was very regional, more than regional. At fiesta time, they would have tamales based off of what food was growing at the time. The way they grew the corn, how they treated it, the different types of masa that were made, it was extraordinary to me.

TM: You’ve done extensive research for your books and traveled to every state in Mexico. What are some of the challenges you’ve faced in your travels?

DK: I wish my little truck could talk, because it has accompanied me to situations that you wouldn’t believe—landslides after a hurricane, water up to the floorboards, a burst tire. I would stay places for weeks at a time to see how people did the things they did, how they would have kids grind up the corn or how they’d go into fields to pick the hoja santa. It took years of traveling. I didn’t have a lot of money, but I’ve worked my ass off, and I’ve loved it. 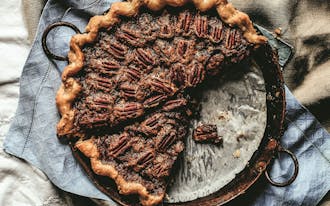 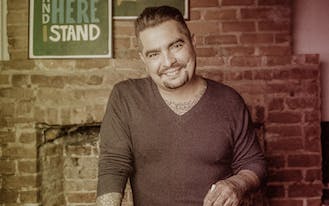