In the predawn darkness of March 24, 1990, three Chevrolet Suburbans filled with journalists bounced along the rough roads of Clayton Williams’s ranch outside of Alpine, heading to a spring roundup of calves that was supposed to highlight the cowboy image that had helped Williams sweep away his opponents in the recent Republican primary for governor. The fog grew so thick that when one vehicle lagged behind, it was lost in the mist for hours. The rest of us arrived at a large fire pit where ranch hands were grilling steaks and eggs beside a large pot of beans, with a blue tin coffee pot dangling on a hook over the fire. But there was no Clayton—or Claytie, as the candidate was known.

As the fog started to thin and daylight began illuminating the land around us enough to see about twenty feet into the distance, Claytie and his wife Modesta came striding down a hill. They were wearing chaps, padded coats, and well-worn cowboy hats. Modesta saw the female journalists and announced, “If y’all need a bathroom, the house is at the top of the hill.” Most of the female journalists took off.

Clayton was an obsessive talker. He began a patter about the weather and the fog as he filled a blue tin cup with beans. He sat down on a metal folding chair and rocked back on the hind legs as he spooned beans into his mouth, chattering between each bite. The roundup had to be delayed, he said, because of the fog. The calves would get down in ravines and low areas and be missed, forcing a repeat of the roundup. Nope. Nothing to do but wait until the fog lifts. Get another cup of coffee, another cup of beans.

Bad weather is like rape, he said; “if it’s inevitable, just relax and enjoy it.”

By that evening, Clayton Williams’s remark had spread all across the nation via the Associated Press, and he begrudgingly apologized without fully understanding why he was doing so. “If anyone was offended, I apologize deeply,” Williams said with the news media huddled around him in an Alpine steakhouse. It was “just a joke” made at a campfire in a man’s world. “That’s not a Republican women’s club that we were at this morning,” he said. “It’s a working cow camp, a tough world where you can get kicked in the testicles if you’re not careful.”

The myth that has grown up around that morning is that the rape joke cost Clayton Williams the election and put Democrat Ann Richards into the Governor’s Mansion. But that’s not the truth—at least not all of it. Several weeks later, Williams admitted that he had visited prostitutes in Mexico as a young man—it was the only way to get “serviced” in the 1950s, he said. Even after that, Williams still led Richards 46 percent to 38 percent in a statewide poll. Williams’s collapse in the race did not occur until the final month, after he made several rude comments about Richards and refused to shake her hand—which for anyone holding out at that point was an act of chauvinist piggery that went too far. Joking about rape, using prostitutes, and a lack of civility all combined to sink Williams. Richards won the race with 59 percent of the female vote, Democrats and Republicans.

Almost 30 years later, have politicians learned a thing? We have a president who boasted on tape about feeling so privileged that he could grab women “by the pussy” any time he wanted. The #MeToo era is in full swing, and now allegations of sexual misconduct in high school and college by Trump’s Supreme Court nominee, Brett Kavanaugh, threaten to upend the Republican voter advantage in places like Texas. Kavanaugh has been accused of molesting one woman at a high school party, wagging his penis in the face of another woman during a college party, and of possibly participating in the gang rape of drunk girls at parties—allegations that Kavanaugh has denied and that likely can’t be proved.

At the local level, state Senator Charles Schwertner of Georgetown has been accused of texting a photograph of his genitals to a University of Texas graduate student along with a message of sexual desire. His spokesman denies the allegation and has raised the prospect that the senator’s account was hacked. The Republican state senator in November faces a Democratic opponent, Meg Walsh, who is challenging him in his staunchly red district. “If these allegations are true, Senator Schwertner is unfit to serve in office,” she said in a written statement issued Wednesday. “These serious allegations deserve a full and thorough investigation.” Some internet sleuths were speculating by early today that Schwertner’s phone might have been spoofed to create a false text message. The University of Texas is investigating.

And over at the Texas attorney general’s office, Marc Rylander, the spokesman for incumbent Republican Ken Paxton, deleted his Twitter account last week after the Dallas Morning News raised questions about him using state time to retweet jokes about Kavanaugh’s accuser. Another one of Paxton’s top aides—Assistant Attorney General Andrew Leonie—resigned over a Facebook post criticizing “the pathetic ‘me too’ claims.”

Republicans are not the only ones who have faced allegations of sexual misconduct in the past two years in Texas. Democratic senators Borris Miles of Houston and Carlos Uresti of San Antonio have also been accused of inappropriate behavior. Miles was accused of forcing a kiss on a journalist while Uresti resigned after being convicted of fraud in a case that included testimony about him having sex with the target of the fraud. Then there is the conviction and prison sentencing earlier this week of comedian Bill Cosby—once known as America’s Dad—on charges that he drugged women and subsequently raped them.

Clayton Williams got a pass for months over his rape joke and admission about prostitutes, but in the age of the #MeToo movement, sexual misconduct can produce collateral damage even for politicians not directly involved. The Kavanaugh controversy creates a tough vote for Republican U.S. Senator Ted Cruz, who faces a tough reelection challenge from Democrat Beto O’Rourke. As a member of the Senate Judiciary Committee he will have to cast a vote on whether to move Kavanaugh’s nomination to the full Senate. Cruz has been a defender of Kavanaugh, and Monday night a group of protesters heckled Cruz and his wife, Heidi, until they were forced to leave a Washington restaurant. “We believe survivors,” the protesters chanted.

Cruz has been friends with creep Kavanaugh for 20 years. Now Cruz is on judiciary committee hearing his testimony.

For his part, O’Rourke urged people to treat Cruz with civility. “Not right that Senator Cruz and his wife Heidi were surrounded and forced to leave a restaurant last night because of protesters. The Cruz family should be treated with respect,” O’Rourke said. On the one hand, it was a nice gesture; on the other hand, protests like that could inspire greater Republican sympathy for Cruz.

Even before the Kavanaugh controversy erupted, a gender gap was developing in the Texas contest. An early September poll by an Austin public relations firm—the Crosswind Texas Pulse Polls–found Cruz supported by 53 percent of the men surveyed, while women backed O’Rourke 47 percent to 42 percent for Cruz. An NBC/Marist Poll conducted in August found Cruz had the backing of men, but O’Rourke led 51 percent to 41 percent among women.

One disaffected Republican is Jennifer Waisath Harris, who was an aide to former Republican Texas Railroad Commissioner Tony Garza. “I keep saying I am [a Republican], because I don’t want to give up on the party, but I’m definitely feeling a more independent streak,” she told me. “Obviously, I’m willing to cross some party lines because I feel like we’ve got to shake things up to bring things back to the center.”

Sexual impropriety and the #metoo movement cross party lines, Harris said, and for Republican women add to frustrations on bread-and-butter types of issues such as public school finance. She’s wary that allegations of men behaving badly drive all the headlines and draw attention from her other concerns, but ultimately she feels that the way politicians respond to sex scandals “is going to have an impact” at the polls. When it comes to Cruz’s role in the confirmation hearings, Harris said she is willing to give him the benefit of the doubt for the moment. “I appreciate the fact he said he will listen and wants to hear both sides. [But] at the end of the day, I’m not confident that he will listen objectively,” she said. “I just wish there was a thorough investigation and a fair hearing before everybody started to rush onto Twitter and rush to the microphone at the Capitol to weigh in on this.”

Margaret Justus was an assistant press secretary for Ann Richards when the Clayton Williams rape joke controversy erupted in 1990. She quickly put together a news conference for Richards for the following day so the candidate could tell the world that rape was not a joking matter, that it is an act of violence. Just as the joke ultimately played a role in Williams’s political downfall, Justus recently said sexual impropriety will drive women voters to the polls this fall and factor into their voting decisions. “You have to earn the vote. It is going to impact it,” Justus said. 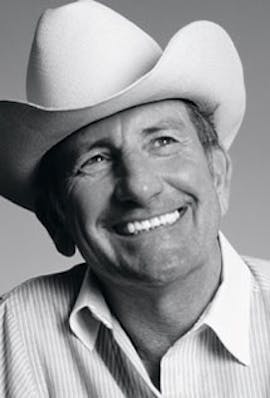 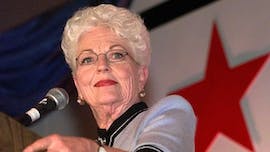 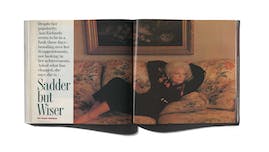