Pulling a big trout out of the vaunted waters of Baffin Bay requires the dogged determination and patience of a true fisherman. First there’s the drive from the nearest town of Riviera—population 700 and already on the edge of civilization. The trip then takes you down ten miles of narrow blacktop that forks to caliche paths before depositing you at whichever fishing lodge or motel you’ve chosen as your home base. There are no towering condos or sugary beaches in this remote area. Instead, these waters are fringed with tight rows of wooden piers that stick out from the jagged shorelines like spokes of a wagon wheel. Read the rest of Paul Knight’s account of fishing for solitude—and trophy trout—from the May 2014 issue. 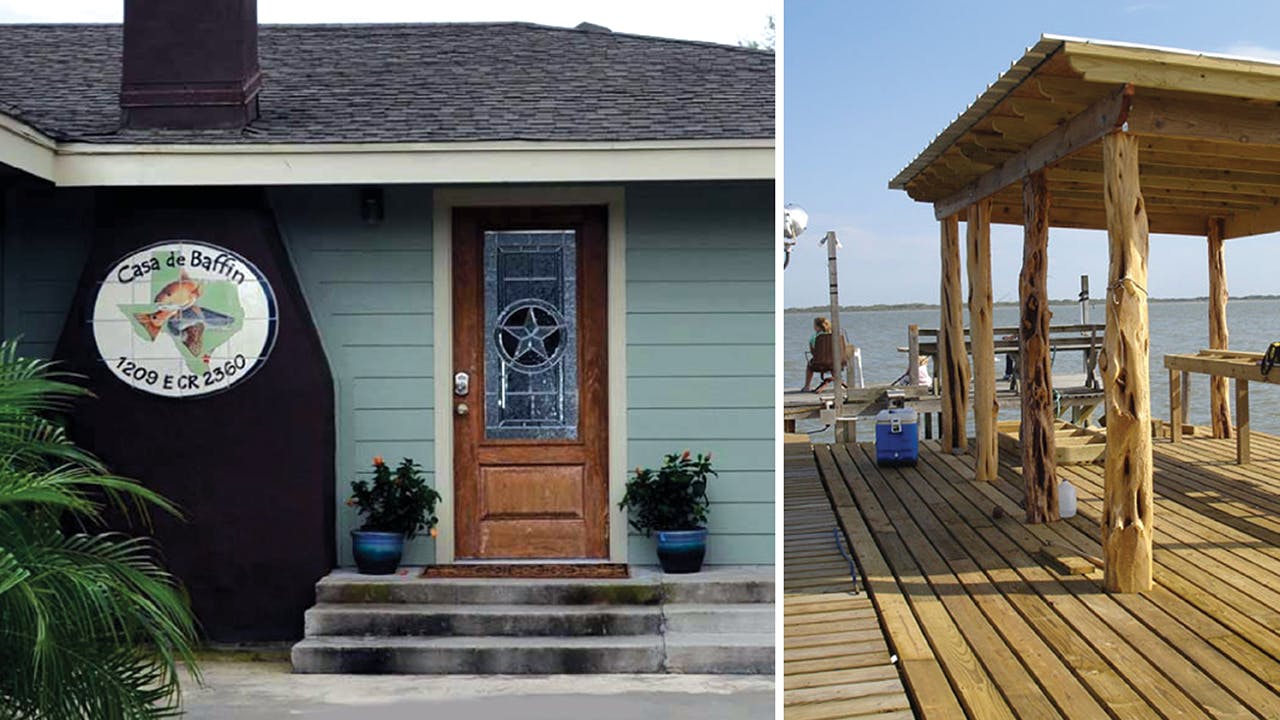 King Ranch Museum // Historic downtown Kingsville, about a 30 minute drive from Baffin Bay, features all the shops you’d expect in a town built around the state’s largest ranch that launched the modern era of Texas ranching. The best way to take in the history and legacy of the King Ranch is to visit the ranch’s museum, which features a large collection of historic photographs and artifacts, including saddles and automobiles used by ranch heirs. 405 N. 6th St., Kingsville (361-595-1881)

King Ranch Saddle Shop // This leather store was born from the saddle operation Richard King started a century ago in order to outfit his cowboys with quality horse tack. Descendants of the original Mexican cowboys who worked for King still work the shop. The pricey saddles are available for purchase, but a more affordable way to take home some King Ranch history is in the form of a leather handbag or wallet. 201 E. Kleberg, Kingsville (800-282-5464)

King’s Inn Restaurant // The King’s Inn has been serving seafood for close to seventy years to famous Texans ranging from George Strait to George W. Bush. The menu includes the standard fried offerings, along with whatever is caught fresh in the bay. The restaurant is closed on Sundays, and expect a lengthy wait for dinner — considering it’s the only restaurant in town — every other day of the week. Though the atmosphere is laid back, a gentleman will not be served if his hat is on. 1116 S CR 2270, Riviera (361-297-5636)

Sam’s Place // This beer joint, right around the corner from the King’s Inn, is a white cinder block building filled with smoke and pool tables and bartenders serving cold brew. Nothing fancy, but a great way to see how locals spend their nights on Baffin Bay. 950 E FM 628, Riviera (361-297-5267)

Brown’s Convenient Store // Gas is about 20 cents more than everywhere else but that’s because Brown’s sells gas that is free of ethanol, which accounts for the added expense. The government pays stations to use ethanol gas, so that’s a financial hit for the store, but ethanol also eats up the fuel lines on boat motors. Brown’s also sells bait, and here’s a sampling of prices: Shrimp for $6.50 a pound; Mullet for $5 a dozen, and whole squid for $5. You can also grab a 6-pack of Coors Light for $6.19 (that’s cheaper than at the Stripes).

Casa de Baffin // Casa de Baffin is one of the coolest— and nicest — fishing lodges on Baffin Bay. The property dates back to the beginnings of Riviera Beach, when it served as the original train depot for the railroad built by land developer Theodore Koch, in 1907, as part of his plan to attract tourists and new residents, and turn this strip of coast into a resort town and the Texas version of the French Riviera. A hurricane knocked out those dreams, but the property survives today as a completely renovated lodge ideal for groups of fisherman in the summer or dove hunters in the fall. The house, with a capacity for 15 people and all the amenities of a modern McMansion, features a sprawling stone patio with a fire pit, and barbecue grill and smoker. The wooden pier stretches out several hundred feet into the bay, decked out with lights for night fishing or for enjoying a few beers on the water after a long day in the bay. $300 a night for up two people, $35 for each additional person. Careful: Google and a number of other GPS maps have the location wrong, so ask for directions when making reservations. 1209 E CR 2360, Riviera Beach (361-813-7296)

Before heading to the bay check out the weather forecast and the fishing reports, such as those available from Texas Parks and Wildlife. David McKee’s Fishes of the Texas Laguna Madre includes some interesting stuff about Baffin Bay and the novel A River Runs Through It offers a more thoughtful examination of trout fishing, even though the book’s fly fishing is a totally different kind of trout fishing.

The best souvenir would be a cooler full of fish or a couple framed photos of the fisherman holding a trophy trout. I didn’t get either of those. I did come home with a fishing rod, a few lures, a pair of waders, and a Casa de Baffin beer koozie.