Don Quixote, the literary creation of seventeenth-century Spanish author Miguel de Cervantes, is an indefatigable character with a big imagination, one wild enough to make giants out of windmills and castles out of roadside inns. But even Quixote couldn’t have imagined what the present-day southern United States border would become: here, in recent decades, an abstract line on a map has been turned into an all-too-real militarized zone that separates families and incarcerates others—and it may soon be further transformed into a giant wall. Perhaps it’s no surprise that this region of contested American dreams and literature’s most famous hallucinator would come together eventually, as they do in El Paso-born playwright Octavio Solis’s new play, Quixote Nuevo, which opens at Houston’s Alley Theatre on January 17.

Solis, who studied at San Antonio’s Trinity University and Dallas Theater Center, has written more than twenty plays that have been produced all over the country, as well as a memoir, Retablos. Quixote Nuevo, which Solis developed slowly over years of workshops at the likes of Shakespeare Dallas and California Shakespeare Theater, reimagines Quixote as an elderly Spanish literature professor in far West Texas who is beginning to lose his memory and confuse himself with his favorite literary character. Played by Emilio Delgado (of Sesame Street fame), this newfangled Quixote sets off on a mission to find a long-lost love and becomes a borderland hero in the process.

Texas Monthly spoke with Solis and the play’s director, University of Texas at Austin professor KJ Sanchez, about the prescient project.

Texas Monthly: You’ve described Quixote Nuevo as a project that began as a more traditional staging of the Don Quixote story, but then gradually grew into a more radical adaptation with original story lines, settings, and characters. How has the play changed over time?

Octavio Solis: Well, it has become a border play. I set it along the border, and so it became about the issues we are dealing with today, with immigration and border politics. With each rewrite, the writing became more personal. The way I characterize it is that the first version I did, it was set in Spain. In the second one I did, for Dallas Shakespeare [in 2017], it was in Texas. With this version, I feel like I’ve come home, that this is my play. The thing that Eric [Ting of California Shakespeare Theater] always encouraged me to do was to take the book away from Cervantes, so I could make it mine. And in doing so, I felt like—especially with what’s going on today—I had to take a stand.

TM: What does taking a stand feel like to you in the context of writing about the border these days?

KJ Sanchez: One of the things I most admire about the play is Octavio is doing all of this with a very light touch. There’s nothing in the play that I find dogmatic, and there’s no preaching, whether to the choir or to the folks outside of the church. He’s framing the given circumstances in a really beautiful way that reminds us of the humanity at the core of all of these issues. But it is standing up for the voiceless in a really beautiful and loving way, and all the while with a remarkable sense of humor.

OS: I think people assume things about Don Quixote without ever having read it, but it’s a really hilarious book. It’s a page-turner. I’ve read it twice, and I just find it so, so funny. I said, “You know, that’s going to be my way in.” Except that I wanted to bring it out of Europe and bring it to the Americas, and by doing it through a Chicano scope, it means that it has a particularly Latin American kind of humor—broader, more colorful. It brings in elements of Day of the Dead, where death is a very present figure embodied in a person who has a sense of humor, with whom Quixote develops a relationship. Almost a friendship, a real core friendship.

KS: A Death character named Papa Muerte, and all of his bony angels, which we call the calacas—bony creatures that are following, playing with Quixote as he goes on his journey.

OS: Taunting him, teasing him, egging him on, throwing obstacles in his way. The play has this quirky humor that KJ just knew how to mine. I think it’s due to KJ’s input that the play has this lovely humor, this exuberant—

OS: Yes, but I’ve never seen anyone bring such joy and such exuberance to a rehearsal process. The way you have marshaled all these actors to all find that same joy and bring that joy on stage, so that the audience takes part in it, and their eyes are glowing with that same joy, it’s really delightful. In a play that deals with Alzheimer’s and with death and with harsh border issues, to still find that lovely joy at the core of it, it makes it magical. A lot of it, I think, is also due to Emilio.

TM: That brings us to your lead actor, the great Emilio Delgado, whom most of your audience will recognize as Luis from Sesame Street. Can you give me a sense of how his performance has played with audiences?

KS: There’s a given connection that so many of us have with Emilio because he was on Sesame Street for forty-some years. I feel like he’s part of my childhood. So from the minute he walks on stage, I feel like I have a connection with him because he, Emilio Delgado the man, is as one-of-a-kind and high-spirited and present as his character Luis was on Sesame Street. It’s so great to see audiences connect with him on that level immediately. This Don Quixote is a man who loved being a professor, loved literature, loved writing, and is forgetting who he is. Emilio has been able to tap into that in a way that is so moving and so cathartic for all of us who have had a family member that we’ve taken care of or that needs care-taking. He just is a perfect avatar for our own parents and abuelos and uncles and aunts.

Also, for his age, Emilio is unbelievably fit. He’s stronger than most of us who are a quarter his age. He does a lot of physicality. There are a lot of fights. Quixote, instead of fighting the windmills, he fights the Border Patrol surveillance balloon. He protects the innocent, and he gets in these brawls, gets knocked across the head and gets thrown to the floor, gets back up and rides a bicycle. He’s a miraculous human being.

OS: For us in our Latino/Latina community, there are very few role models we’ve had through TV that we can look to identify with. You could probably count them all on one hand, and Emilio is one of them. He’s one who has been consistently raising our children in this country for 47 years. When he walked into the rehearsal room, our company of actors were in awe of him, because he’s a giant.

TM: What does it mean for you to bring this project to Texas for the first time?

KS: I’ve used the phrase that we’re coming home. We’ve always kept our eye on Houston. There were so many directorial choices I was making that were really led by my thinking about this play in front of a Texas audience. And I just can’t wait because they’re going to get all the jokes! There are a few jokes that just went over the heads of our dear audiences in Boston and in Hartford.

OS: I mean there are Dallas Cowboy jokes in there, and Marfa jokes. I think people in Texas will really get it. It’s got all these very strong Texas references. It has the music that Texans will really intimately recognize, and it’s peppered with Spanish and Spanglish throughout, which all Texans speak, if they’re really honestly Texan.

TM: The Don Quixote character is so enduring, here and even more so in the Spanish-speaking world. How do you think he has managed to remain relevant to the contemporary themes you’re dealing with in this play, so many centuries after his invention?

KS: Cervantes was using the novel to comment on the people, culture, and community of his time. I think Octavio has found a great way to transpose that and comment on our time. Also, the heart of the book, and the heart of our play, is that Don Quixote is longing for a time of gentility, of kindness, of reparation, of protecting those who are weaker than ourselves—a chivalrous time. I think that hunger for a world in which we can treat each other better, in which we can find the grace and the beauty and the dignity and the loyalty in every person, is something that is at the heart of Octavio’s Don Quixote. And I think it’s something that we’re all really hungry for right now. 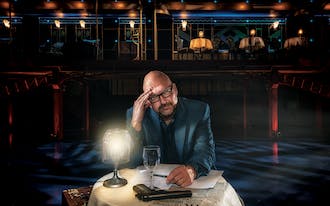 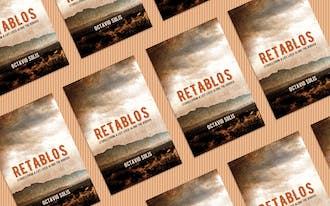 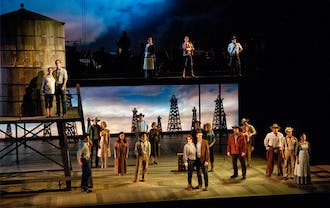 Is the Dallas Theater Center the Most Important Theater in Texas? 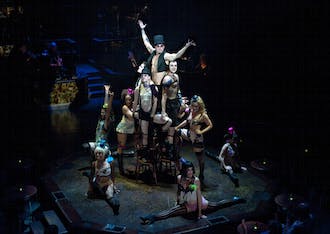