The entrance to the glass palace of poetry is tucked back in a serene courtyard, concealed from the slushy Chicago street, overseen by small, evenly spaced trees. Most monthlies dedicated to a noncommercial art form are not housed amid such tasteful grandeur—the abstract mural in the lobby, the two-story book wall, the acoustically ideal performance space—but Poetry magazine is special. Special because it has been around for a century and has published the likes of W. H. Auden, Sylvia Plath, and T. S. Eliot. And special because in 2002, Ruth Lilly, the lone heir to a pharmaceutical fortune, donated a reported $185 million to the magazine’s foundation, dramatically upgrading what had been a modest operation. They have to buzz you in.

Christian Wiman is king here, though not for much longer. He’s been the magazine’s editor for a full decade and in that time has tripled the circulation to 30,000, picking up a couple of National Magazine Awards along the way. Each year he and his staff winnow down more than 100,000 hopeful submissions to the 300 or so worthy of Poetry’s pages. Lilly’s largesse allows the foundation to award generous fellowships to gifted young poets and neglected older ones and to send correspondents to far-flung locales. Right now, they’re compiling examples of a unique form of traditional, anonymous poetry written by women in Afghanistan. Such a project would not have been possible before.

Wiman jokes that this was his first real job, the sweet spot he landed in after a peripatetic early adulthood that took him far from his West Texas childhood and saw him uprooted forty times in fifteen years. He absorbed new landscapes and languages, went broke, passed in and out of relationships, and became a much-praised and widely published poet. One critic ranked his last collection, Every Riven Thing, among the best of the past twenty years. Another said his poems don’t so much remind you of other poets as make you forget them.

Wiman is serious in person and on the page, though you get the sense he doesn’t take himself that seriously. On this day, he’s dressed casually in an unzipped black vest over an untucked blue shirt. On his desk is a book of criticism by the British poet Geoffrey Hill and a box of Grape-Nuts. Showing a visitor around the impressive Poetry headquarters, he worries that the tour is dull: “You don’t want to see this, do you?” he asks. Wiman hasn’t written a poem in five months and wonders if, at age 46, he’s already written too much. He also wonders whether his work will last. “If you think of all the poets writing, almost none of them get remembered,” he says. “There’s a good chance I won’t be. That’s one of the agonies of poetry.”

These days he seems more inclined to give sermons than readings. An essay he wrote in 2007 for the American Scholar about his return to church after a long absence struck a chord with thoughtful believers, including the influential blogger Andrew Sullivan, and inspired more letters than his critically lauded poems ever had. He expands on his reconversion in his new book, My Bright Abyss: Meditation of a Modern Believer (Farrar, Straus and Giroux), a collection of mini-essays about searching for God in, to use his phrase, “a discount shopping mall of myth.” He’s not abandoning poetry—he’s not sure he could ever do that—but the book signals a shift from, in a sense, verse to verses. This June he’s leaving his plum poetry gig to become a senior lecturer of religion and literature at the Yale Institute of Sacred Music and the Yale Divinity School, a job that was offered to him a couple of years after he lectured at the institute. “My life has been aiming at this,” he says. “It seems to me incredibly exciting but also a necessary thing for me to put my faith more on the line on a daily basis.” As for why a divinity school would hire a guy with no graduate degree in theology—or indeed in anything—Martin Jean, the director of the institute, says it’s because of the “careening roller-coaster ride of imagination and perception” that Wiman brings to his lectures and writing. “You’re a different person walking out of the room after hearing him speak,” Jean says.

To understand why Wiman would make such an odd mid-career switch, you have to begin in Snyder, that “flat little sandblasted town in West Texas,” as he puts it in My Bright Abyss, where he came of age. It’s a landscape, he says, that still figures heavily in his imagination, even though he rarely returns. Growing up in Snyder, Wiman believed in Jesus. He didn’t know anyone who didn’t. At around twelve he had a Holy Spirit–infused awakening, or possibly a breakdown, weeping and shaking and generally causing a scene in a church basement. As a teenager, he did drugs, took a powerful liking to the fairer sex, and got into fights over nothing and everything. He remembers furrowed-brow Baptist folk showing up at his house to chew over his worrisome slide into sin. He was rebelling for sure, but not against God, not yet. “I was chafing against the limits of that whole world,” he says. “I had no idea that there was a world outside of it.” In college, at Washington and Lee University, in Virginia, some hip atheist undergrad floated the exotic notion that God might not actually exist. “Holy shit,” Wiman thought. “You’re gonna get struck by lightning, man.” When no heaven-sent bolt was forthcoming, his own faith fell away so gently he hardly noticed it was gone.

That was one revelation. Another came when an English professor encouraged him to sign up for a summer program at the University of Oxford. England was a long way from Snyder, which was what Wiman wanted. He studied Renaissance literature and history and discovered a love for travel that would turn him into a vagabond. He also bought a volume of poems by Yeats and Eliot that he remembers reading in a park, where he realized he, too, wanted to make words line up on a page in such a way that feelings are produced, universes are evoked. “I couldn’t understand a lot of the poems, but I just knew that the sounds of them were amazing to me,” he says.

In the years that followed, he made good on that epiphany, emerging as a poet and an often stringent critic of fellow poets. During this time, his faith remained shriveled and dormant. He was in his late thirties before the “tiniest seed pod of belief” started to sprout the tiniest of vines. He had married a woman he met in a cafe in Chicago, and they prayed together before meals, not quite seriously at first. He stood on the steps of a church once and thought about entering the sanctuary, but then changed his mind. Then, on the afternoon of his thirty-ninth birthday, he was diagnosed with Waldenström’s macroglobulinemia, a rare, incurable blood cancer that could take him suddenly or spare him for decades. He and his new wife—they had been married less than a year—soon found themselves seated in a pew at the United Church of Christ up the street. That first service seemed to “tear all wounds wide open,” but along with the wrenching trauma came longed-for comfort. Not that his doubts vanished. Not at all. But something divine had intervened.

In My Bright Abyss, he discloses more about himself and his illness than he originally intended, more indeed than he’s comfortable sharing with strangers. He writes about his profound despair, and the physical pain that made it impossible to even think, and his wife’s smile the moment before he told her about the cancer. Mixed with the confessions are hard-won reflections on the emptiness of ambition, the anxiety of existence, the decay of belief, the “true and terrible scope” of God. He references the “still, small voice” audible to the prophet Elijah even in the din of disaster. “I think people often make the mistake of believing that people turn to God because they’re scared,” he says. “And I don’t know that that’s quite it. I think they turn to God because the noise of life has been turned off, and suddenly you can hear.”

Recently he received a respite from the terror and the pain. In 2011 he underwent a bone-marrow transplant that has left him, for now, cancer-free. Tumors once so large he could see them bulging through his skin have retreated. He may have many healthy years yet with his wife and twin three-year-old daughters, though he is all too aware that, as he puts it, an “errant malevolent cell” could be lying in wait, ready to hand him a hospital gown. “So much of faith,” he writes, “has little to do with belief and so much to do with acceptance.”

Wiman believes that our souls survive our deaths but finds the usual descriptions of heaven absurd. He gets bored in church. He is uncomfortable on his knees. He is uninterested in the noisy, noxious dispute between full-throated fundamentalism and the “clock-minded logic” of the New Atheists. “It’s just not the God I’m wrestling with,” he tells me. “[The atheists] want to prove—what?—that Noah’s ark didn’t happen? That there wasn’t really a garden and a talking snake? Fine.”

For Christians, the resurrection is the climax of the Bible, the hinge that holds it all together. When asked if he believes that the son of God, the Word made flesh, was actually crucified and placed in a tomb only to rise again after three earthbound days, Wiman glances up at the ceiling of the perfectly quiet conference room in the stylish offices he will soon vacate. His eyes close behind his rectangular glasses. It’s probably unfair to ask a poet and a conflicted Christian, a man who writes carefully and slowly and wonderfully, to opine off the cuff about a topic so weighty. He does believe it, he says, though not in the same way he believes in evolution or in the fact that the earth revolves around the sun. It is a different sort of belief, a deeper kind of truth. Finally, he finds the words: “I try to live toward it.” 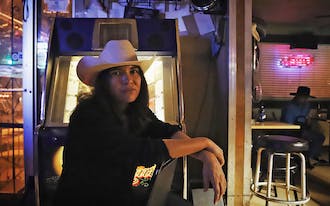 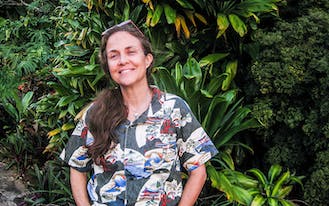 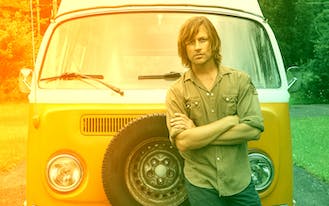 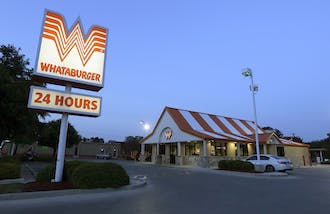 Whataburger Is Looking For A Few Good Poets