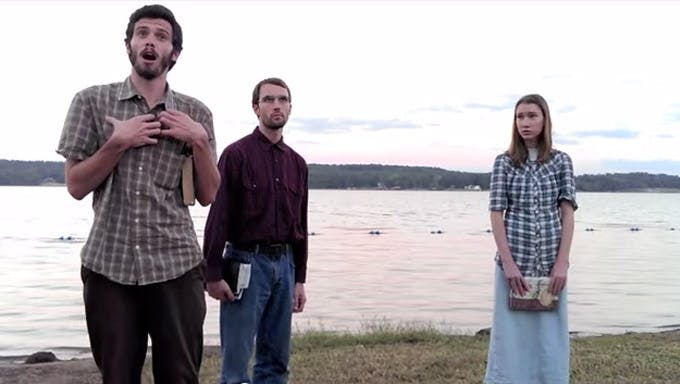 A full 21 months after Catherine Grove slipped away from her apartment in Arkansas without a word to join the Church of Wells, a controversial evangelical group in East Texas that many consider a cult, she was reunited with her family at their farm in the Ozarks Friday.

Catherine’s parents, Andy and Patty Grove, were so crushed by their daughter’s departure in July 2012 that they put aside everything else in their lives and moved into a borrowed RV in the small town of Wells for a few months in hopes of having a one-on-one conversation with their daughter, the third of their five children. The Groves’ vocal struggle brought considerable media scrutiny to the Church of Wells, including coverage by CNN and Nightline. Her parents have maintained that Catherine was being brainwashed by the group, which purports that they are the only group in America practicing true biblical Christianity. But 26-year-old Catherine, legally an adult, wouldn’t budge, and has had only sporadic and fleeting contact with her parents since leaving Arkansas.

The Groves quickly learned that they weren’t alone in their plight; many of the church’s 65 adult members were and are estranged from their families, as the church’s doctrine, crafted by the group’s three twentysomething elders—Sean Morris, Ryan Ringnald, and Jacob Gardner—mandates that members cut ties with relatives who do not support their membership in the church. (For more background on the church, see my feature article from February 2014 on the Church of Wells and Catherine, and my follow-up story on Morris and Ringnald’s time at Baylor.)

But this Thursday afternoon around 4 p.m., Catherine suddenly reached out to her family, breaking months of silence when she phoned her father, Andy, and said simply, “I need you in Wells,” before hanging up. About four hours later, Catherine was spotted walking south down U.S. Highway 69, towards Lufkin, wearing a grey mock turtleneck and a long black skirt over her thin frame, carrying only her brown-and-white striped purse. The 28-year-old was pale, and her blonde hair was pulled back into a limp, low ponytail. “I had seen her around town a lot, but this time she had a different look on her face, a look of both determination and frustration,” said Kevin Johnson, who lives next door to the R&R Mercantile, the now-shuttered gas station and convenience store once operated by the church. When he pulled over to ask if she was okay and needed a ride, she didn’t respond. “She wouldn’t even look at me, she just kept walking.”

Just after Catherine crossed the line into Angelina County a few minutes later, another passerby stopped and let her use her cell phone to call 911. On the call, available here, she sounds confused and frightened, almost as if she has forgotten how to interact with the world. “Um, I need somebody to pick me up?” she starts out. A deputy responded and drove her into Lufkin, where she met Captain Alton Lenderman of the Angelina County Sheriff’s Office. “She was very meek and very afraid to speak,” he recounted on the phone Friday afternoon, adding that he did not press her on why she wanted to leave the church. “She never once mentioned wanting to go back to Wells.” If she had, he would have been legally obligated to drive her there. Catherine brightened a bit when Lenderman asked her if she was hungry, and she replied she’d like a burger and fries from Burger King. Eventually, after a stay at the local women’s shelter was ruled out, Catherine said she’d like to call her parents. As her smartphone was dead, she borrowed Lenderman’s cell phone and reached her father in Denton, where he was attending a Bible conference, and he quickly embarked on the four-hour drive to see his daughter.

Catherine and her father were reunited just after 1 a.m. at the Angelina County Sheriff’s Office in Lufkin, but she initially seemed reluctant to leave with him. At this point, Lenderman stepped in with a personal appeal: “I just met your father, but I look at my 38-year-old daughter the same way he looks at you,” Lenderman said. “A father’s love is hard to explain, but to him you’re still the little girl playing with dolls at his feet. All he wants to do is protect you. Family is more important than anything.” That seemed to reach her, and she agreed to go home with her dad.

As Lenderman was walking them to the car, he noticed that her face had finally lost the blank expression she had worn since they met, shifting to a smile. But when he remarked on this development, the smile melted away. “She just looked at me and said ‘I wish I could help you but I can’t. You’re demon possessed, your daughter’s demon possessed, and you’ll never know God.” Speech in that vein is frequently deployed by members of the church when interacting with outsiders, which suggests Catherine still has a lot to work through. Catherine’s comment led Lenderman to believe that her religious convictions she learned with the group remain intact. “I think there was something going on there that she needed to get away from, but I don’t think she’s changed her beliefs—you can’t just turn them on and off,” Lenderman said. “I just hope they can get her help. She’s not out of the woods, by any means. She is so vulnerable right now.”

This isn’t the first time Catherine has had disagreements with the church. In November 2013, she took off on foot after she and other members reportedly argued about Scripture, and Cherokee County deputies used a bloodhound to track her to where she had been hiding in the woods for eighteen hours. But she has always insisted that she was fine and did not want to speak with her family, according to Captain John Raffield with the Cherokee County Sheriff’s Office. Several people who have followed Catherine’s situation expressed relief that a different set of authorities were involved this time. (Previously she had been picked up by deputies in Cherokee County, where Wells is located; this time she walked south, crossing into Angelina County’s territory.) “The consensus is she would not be home today if it hadn’t been Angelina County that responded,” said one person close to the case. “They were very respectful with everybody. It was totally different treatment than the family has received in the past.”

It remains unclear what prompted Catherine to leave the church this time. Multiple messages sent to Sean Morris, the lead elder, had not been answered as of press time. But Morris claimed in an interview with Jessica Cooley of the Lufkin Daily News that church members had offered her a ride, which she declined. Elder Jacob Gardner told the local ABC affiliate, KTRE, that Catherine “left with a bitterness in her heart for the Lord,” but they would welcome her back.

Patty Grove took to Facebook to ask for privacy for the family while they acclimate to these new happy circumstances: “Dear friends we see your posts your messages your prayers thank you. Our hearts rejoice. At this time our family is taking this time to maintain our privacy as our prayers are answered during this beautiful Easter celebration of our Lord’s death and resurrection on the cross of Calvary.”

Since the Grove controversy started, members of the town led a successful boycott of the church-run R&R Mercantile, forcing them to shut their doors. They still hold their church services in that building, though their new church building, a wooden structure with a red roof on the other side of town, is nearing completion. This Saturday marks one year since relations between the church and town bubbled over from mere frustration into physical violence, when townspeople and several church members, including Morris, got into an altercation during the town’s annual Homecoming Parade after church members had shouted at the crowd, which included children, that they were going to hell.

Back in Wells, members of the community were heartened by this happy turn for Catherine’s family. “Maybe this will be the thing that makes the other girls open their eyes,” Johnson said. But the plight of the other families, who still yearn to be in touch with their loved ones, can’t be forgotten. “A God of love prevailed here,” the person close to the case said. “I hope everyone can remember there are many families for whom this is not over.”

Sinners in the Hands 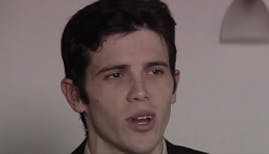 The Younger Years of the Church Elders