“You don’t cuddle or hang out with them.”

—San Antonio Spurs guard Danny Green, to the San Antonio Express-News. The sharp shooter apparently owns snakes. Like, big pythons. His teammates have more traditional pets, including some very, very good dogs and cats (see the Express-News story for more on those little guys). As for Green? Nah. Snakes. 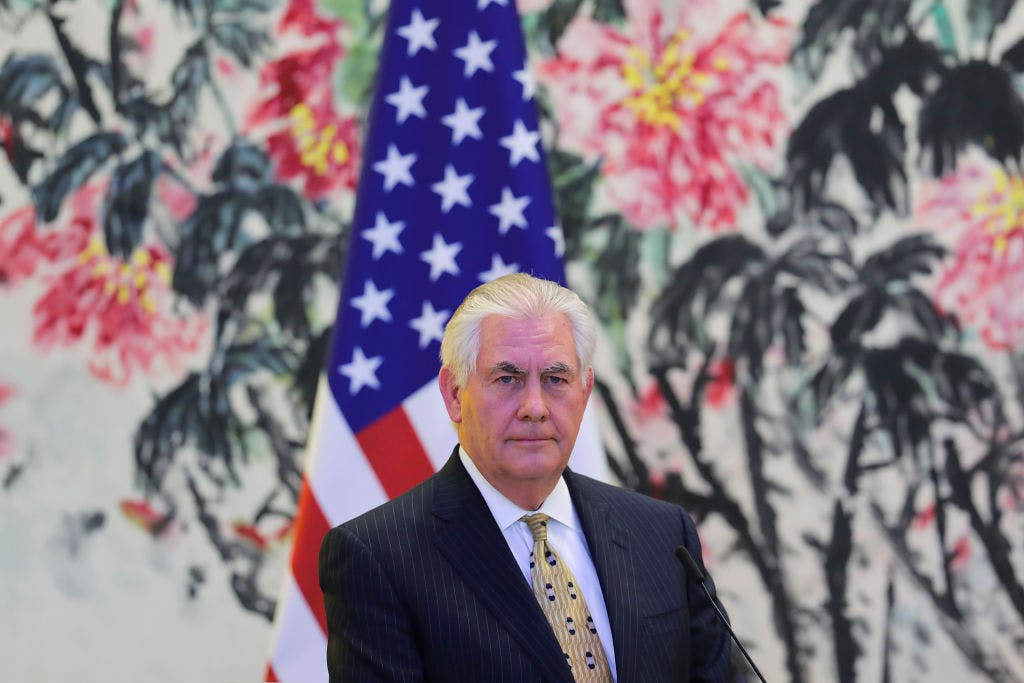 Rex Goes to Russia
Wichita Falls native and former Exxon CEO Rex Tillerson is one month and change into his tenure as Secretary of State. Just to give you an example of how things have gone for him so far, here are some Tillerson-focused headlines from the past few days: “Rex Tillerson Is Still Acting Like A CEO,” The New Yorker; “Tillerson Bumbles Around Asia,” Politico Magazine; and “What Is The Point Of Rex Tillerson,” from Slate. On Monday, the State Department announced Tillerson will travel to Russia next month, a week after he plans to skip a NATO summit meeting, according to Reuters. Tillerson’s decision to head to Russia was announced on the same day intelligence officials revealed that the FBI is investigating the White House’s ties to Russia in a congressional hearing. Tillerson’s well-documented dealings with Russia during his time at Exxon were mentioned briefly by lawmakers in the House Intelligence Committee hearing, though FBI Director James Comey refused to answer questions about specific people and their roles in the investigation, according to CNBC. Bailing on the NATO summit has implications on the perception of this administration’s relationship with Russia too. In 1949, NATO was formed “to provide collective security against the Soviet Union,” according to the State Department’s website. A State Department spokesperson told Reuters that Tillerson would be meeting with most of the NATO nations at a separate summit on dealing with ISIS in Washington, D.C. on Wednesday, which is apparently why he doesn’t think it’s necessary to attend the later NATO summit. Congressman Eliot Engel, the top Democrat on the House Foreign Affairs Committee, told Reuters that the Russia visit is a “grave error that will shake the confidence of America’s most important alliance and feed the concern that this Administration [is] simply too cozy with Vladimir Putin.” You can bet Tillerson will be under the spotlight next month when he rolls into Russia.

Broken ICE
Remember when U.S. Immigration and Customs Enforcement rounded up about 50 people over the span of a few days in Austin last month, and publicly characterized the raids as simply “routine” enforcement actions? Well, turns out the raids were not “routine.” Instead, Austin was targeted as retribution for the Travis County Sheriff’s sanctuary policies. On Monday, Austin U.S. Magistrate Judge Andrew Austin said in court that he and another magistrate judge were briefed by ICE shortly before the raids, and they were told by ICE to expect a “big operation,” a “specific operation,” and that “it was the result of the sheriff’s new policy that this was going to happen,” Austin said, according to the Austin American-Statesman. Austin was questioning an ICE agent in court when he revealed this nugget, and the ICE agent confirmed that what he said was true. You can listen to the audio recording of the exchange on the Statesman‘s website. In related news, ICE released a report on Monday claiming Travis County declined more ICE detention requests than any other county included in the report, which examined a one week span between January and February, shortly after Travis County Sheriff Sally Hernandez announced a new policy limiting cooperation with ICE, according to the Statesman.

Jersey Boys
New England Patriots quarterback Tom Brady had his jersey stolen after the Super Bowl in Houston last month, and miraculously, the stolen jersey has been found. The NFL announced on Monday that the jersey had been recovered in Mexico, thanks to the FBI, which tracked it down to the director of a Honduran newspaper, Martin Mauricio Ortega, according to ESPN. The feds even found another game-worn Brady jersey from a different Super Bowl, alongside what may or may not be an authentic helmet worn by Denver Broncos player and former Texas A&M Aggie Van Miller during Super Bowl 50. Apparently footage from Fox’s big game this year actually shows Ortega reaching into Brady’s bag and placing the jersey into a black plastic bag before leaving. The Houston Police Department also helped track down the missing gear. “The reason the jersey has been recovered is because of the men and women of the Houston Police Department and their outstanding work,” Houston Police Chief Art Acevedo said in a press conference on Monday, according to KHOU. “You don’t come to Texas and embarrass us on our home turf.”

Texas Flavor
On Monday, the U.S. House Intelligence Committee held a hearing to investigate whether President Donald Trump’s administration has or had improper ties to Russia. Three Texans were there as members of the committee: U.S. Representatives Joaquin Castro, Will Hurd, and Mike Conaway, according to the Texas Tribune. Castro’s questions focused on any connections between Trump associates and Russia, but FBI Director James Comey pretty much refused to get answer those questions. Hurd wanted to know the nitty gritty of how the hack into the Democratic National Committee went down, and pushed for answers regarding the FBI’s response to the hack. Conaway, uh, talked about football. Yes, really. In what was by far the strangest moment of the marathon hearing, Conaway attempted to use the Texas versus Texas Tech gridiron rivalry as a metaphor to help explain a larger point: that he disagreed with Comey’s conclusion that because Vladimir Putin didn’t like Hillary Clinton then he must have been pulling for Trump, according to the Dallas Morning News. “That might work on Saturday afternoon when my wife’s Red Raiders are playing the Texas Longhorns,” Conaway told Comey. “She really like the Red Raiders. But all the rest of the time—the logic is that because he really didn’t like candidate Clinton, it automatically [meant he] liked Trump. That assessment’s based on what?” The exchange was confusing, to say the least.

This San Antonio mom shot the biggest, scariest rattlesnake you will ever see San Antonio Express-News