“Jesus Christ lady, you should have gone to the mall!”

—One of Santa’s helpers, allegedly to a woman standing in line with her child while waiting to sit on Santa’s lap. The un-elf-like altercation supposedly occurred, according to one mom’s account of events, as families were turned away after waiting for hours to see Santa at Fort Worth’s Sundance Square. The woman told CBSDFW that a volunteer shut the gates “in [their] faces” with fifteen minutes left until closing time, much to the chagrin of those still waiting in line. A Sundance spokesperson denounced the volunteer’s alleged actions, saying that the volunteer “did not represent Santa.” Good to know. 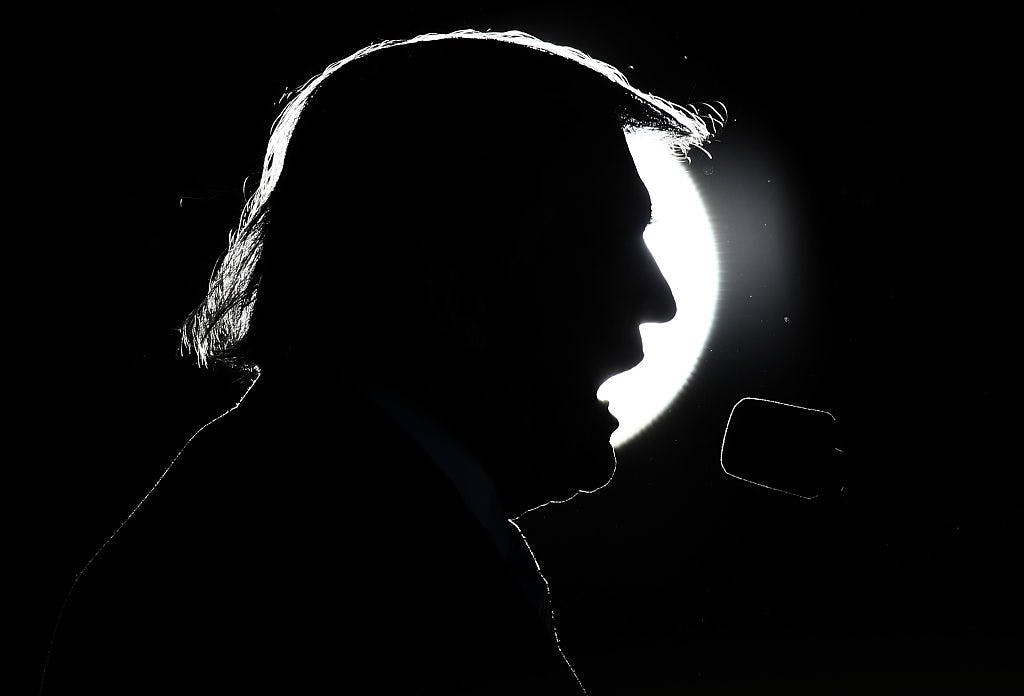 College Finals—Today is the big day for members of the Electoral College. All across the country, they’ll gather to cast their ballots for president, either staying faithful to their representative states’s results, or, well, not. While it’s extremely unlikely that enough electors will vote against their state to snatch the Election Day Electoral College victory from President-elect Donald Trump and hand the presidency to popular-vote winner Hillary Clinton instead, there have already been some instances of electors gone rogue in the Lone Star State. At least two electors from Texas have already made headlines for their admitted unfaithfulness, with one, Art Sisneros, resigning rather than vote for Trump, and another, Chris Suprun, writing in the New York Times that he won’t be polling for Trump, despite the business mogul having won in Texas. It should be quite a scene when the Lone Star electors gather at the Capitol Building in Austin later on Monday to vote. According to KXAN, dozens of protesters were outside the Capitol Sunday night, “braving the cold,” in an attempt to make their voices heard and to convince the electors to “vote their conscience,” rather than feel bound to voting for Trump even if they don’t feel he’s the right guy for the job. The protesters will be holding another rally Monday, from 9 a.m. until 3 p.m., after the electors are scheduled to vote at 2 p.m. inside the Texas House chambers. Meanwhile, a group counter-protesters is set to make an appearance at a little before two, in support of Trump. With the allegiance of the state’s electors slightly in doubt, the state’s GOP leadership is doing its part to make sure the majority of Texas’s 38 voters stay loyal. “We expect that our electors will honor their pledge,” state GOP Chairman Tom Mechler said in a statement last week, according to the Texas Tribune. “To cast a ballot against the will of the voters after signing an affidavit promising to do so, is to refuse to accept the outcome of an election.” No one knows for sure what will go down today, but one thing is clear: we’re in uncharted waters.

Water Fail—Corpus Christi’s ban on tap water was finally lifted on Sunday, three-and-a-half days after it first went into effect after a chemical from somewhere within the city’s industrial district leaked into the water supply. According to the Corpus Christi Caller-Times, the Texas Commission on Environmental Quality said on Sunday that some people may have fallen ill after using tap water, citing “four unconfirmed reports of possibly related symptoms from prohibited water use.” Those residents apparently reported skin and intestinal problems, which are both symptoms of exposure to Indulin, the asphalt emulsifying agent chemical believed to have spilled into the water supply. At this point, there are more questions about the water crisis than answers. As the Caller-Times notes, the city hasn’t publicly revealed the party suspected to be responsible for the contamination, and no one seems to know exactly how much of the chemical slipped into the water supply or over what period of time the leak was active.

Duncan Day—The San Antonio Spurs honored franchise hero Tim Duncan Sunday night, unveiling his number 21 jersey in the AT&T Center’s rafters. According to the San Antonio Express-News, something rather extraordinary happened during the ceremony: Duncan, known as much for his talent on the court as for his calm and even-keeled demeanor off it, actually became emotional. Yes, that’s right, the quiet and humble giant reportedly struggled to hold back tears while thanking his coaches and teammates in a speech. Duncan’s former teammates Sean Elliot, Manu Ginobili, and Tony Parker, and his former coach, Gregg Popovich, all gave speeches toasting the man of the hour, revealing some truly fantastic anecdotes about the surefire Hall-of-Famer (like, for example, his obsession with carrot cake). Meanwhile, Duncan apparently won himself a handful of bets on his big day. “I didn’t wear jeans,” Duncan said in his speech. “I wore a sports coat. I didn’t wear a tie. And I spoke for more than thirty seconds.”

Baby, It’s Cold Outside—Temperatures across Texas dropped drastically over the weekend, with some areas experiencing a difference of more than forty degrees from Saturday to Sunday. So volatile was Old Man Winter’s mood here on Saturday that the low temperature in the state, in Amarillo, fell to just six degrees, while the high, in McAllen, reached 93, according to the National Weather Service. The cold weather reportedly caused power outages for more than 1,000 people across North Texas and left thousands more without power in West Texas, and caused flight cancellations in Houston. The cold front is expected to stick around until the middle of the week, leaving Texans with just enough of a taste for true winter weather in time Christmas. In the meantime, be sure to bundle up, because the wind chill will make you feel even more frozen. No point in sugar-coating things: “It’ll feel brutal,” National Weather Service meteorologist Lee Carlaw told the Dallas Morning News.

Could this El Pasoan be the worst cook in America? He sure hopes so. El Paso Times