—Lisa Ramsey to WFAA. Ramsey, a paralyzed former Fort Worth cop, just married off her mutt, Trooper. The boxer met the love of his life, Sophie, during a service dog training class. The two apparently hit it off, and they tied the knot in an actual ceremony. Trooper wore a tux and Sophie wore a white dress. The dogs live about 45 minutes apart, but they swapped dog tags at the ceremony so they’ll always be together. 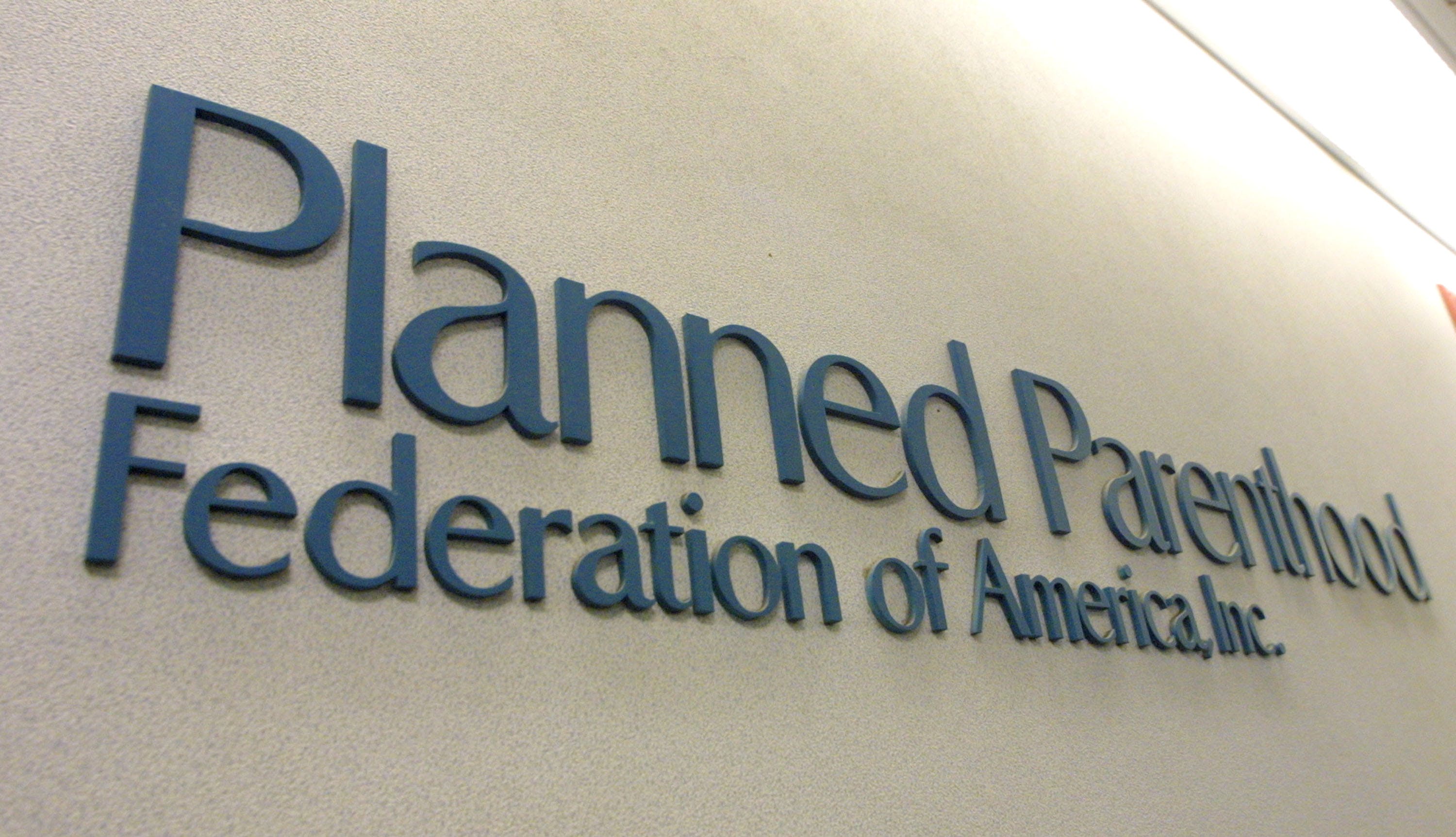 Medicaid Stayed
A federal judge ruled on Tuesday that Texas can’t kick Planned Parenthood out of Medicaid, according to the Texas Tribune. If there was ever an appropriate use for the “fire” emoji, it could be used to describe U.S. District Judge Sam Sparks’ 42-page ruling. “A secretly recorded video, fake names, a grand jury indictment, congressional investigations—these are the building blocks of a best-selling novel rather than a case concerning the interplay of federal and state authority through the Medicaid program,” Sparks wrote. “Yet, rather than a villain plotting to take over the world, the subject of this case is the State of Texas’s efforts to expel a group of health care providers from a social health care program for families and individuals with limited resources.” Sparks was clearly not a fan of the state’s argument, which relied heavily on the existence of videos clandestinely recorded by anti-abortion activists purporting to show Planned Parenthood officials discussing the sale of fetal parts—an accusation that has been debunked by multiple investigations. The judge wrote that Texas “likely acted to disenroll qualified health care providers from Medicaid without cause.” The case was resolved relatively quickly—several temporary injunctions followed Planned Parenthood’s lawsuit challenging the state, which they filed shortly after Texas issued a final notice that the group would be kicked out of Medicaid in December. But the battle isn’t over just yet. After Sparks’s ruling, Attorney General Ken Paxton released a statement, promising the state will appeal the decision. Planned Parenthood currently serves thousands of low-income women who rely on the organization for a wide range of health services, including cancer screenings and family planning.

Broken ICE
Harris County Sheriff Ed Gonzalez announced on Tuesday that the county will cut ties with U.S. Immigration and Customs Enforcement’s 287(g) program, which trains local law enforcement to essentially act as deputized immigration agents, granting them the ability to interview, arrest, and detain suspected undocumented immigrants. It’s a bold move, given the current political climate. Governor Greg Abbott continues to wage his war on “sanctuary cities” and has targeted Travis County’s sheriff for standing in his way, while President Donald Trump just signed an executive order that expanded the 287(g) program—but Gonzalez is treading somewhat carefully. According to the Houston Chronicle, Gonzalez said the decision wasn’t politically motivated, but instead came down to “an issue of resources.” Apparently the county jails are so overcrowded that staff shortages have left the county with a $1 million overtime bill every two weeks. He’ll be reassigning Harris County’s ten ICE-trained deputies who had been tasked with determining the immigration status of jailed suspects to other duties in the jail complex, where their services are apparently badly needed. “We’ll still be cooperating with local, state and federal authorities as we always have,” Gonzalez said, “we just won’t have our manpower resources inside the jail doing that.”

Day Two—San Antonio is still recovering after five tornadoes hit the area on Sunday night, according to the San Antonio Express-News. On Tuesday, Mayor Ivy Taylor officially sought a disaster declaration from Governor Greg Abbott, which could help the city get some federal aid toward recovery. In order to qualify for aid from the Federal Emergency Management Agency, citywide damages have to exceed $6 million, a number San Antonio seems to have already far exceeded. Early estimates by the Insurance Council of Texas have the cost of damages at nearly $100 million. More than 160 traffic signals were damaged, and the city has removed 118 downed trees. By Tuesday morning the city had already hauled off an entire football field’s worth of debris. Amazingly, there have been zero reported injuries related to the twisters, but the storm left some businesses severely damaged, raising questions about whether they’ll be able to reopen.

Hog Wars
The “Hog apocalypse” is nigh, according to Texas Agriculture Commissioner Sid Miller, who announced on Tuesday a change in state rules to allow the use of a pesticide to target feral hogs. “This solution is long overdue,” Miller said in a statement. “Wild hogs have caused extensive damage to Texas lands and loss of income for many, many years. With the introduction of this first hog lure, the ‘Hog Apocalypse’ may finally be on the horizon.” The pesticide “Kaput Feral Hog Lure” is now approved for statewide use. According to the Austin American-Statesman, the weapon of mass hog destruction will target only feral hogs, so Babe et al. will be unharmed. Miller hopes the new poison will put a major dent in Texas’s thriving feral hog population of about 2.5 million. “If you want them gone, this will get them gone,” Miller told the Statesman. But not everyone is hoping for this particular “hog apocalypse.” According to CBSDFW, Miller’s move prompted more than 1,200 hunters to sign a petition protesting the use of the pesticide, out of concern that the poison could taint their meat.

Editor’s note: An earlier version of this article incorrectly stated that the Baptist General Convention kicked out three churches against gay marriage.