“You can’t be brilliant at anything if you think you’ve never failed. I think it was Einstein that said the illusion of knowledge is far worse and far more dangerous than the lack of knowledge. When you pretend you’re smart and you’re not, it’s far worse particularly from a presidential candidate. Nobody in business has ever batted a thousand.”

—Mark Cuban to the Dallas Morning News. The billionaire had some choice words for Donald Trump, referring to the Republican presidential nominee’s claim that he “brilliantly” used tax laws to his benefit. This came after the New York Times reported that Trump could possibly have avoided paying federal income taxes for eighteen years after declaring a loss of nearly $1 billion on his 1995 tax returns. 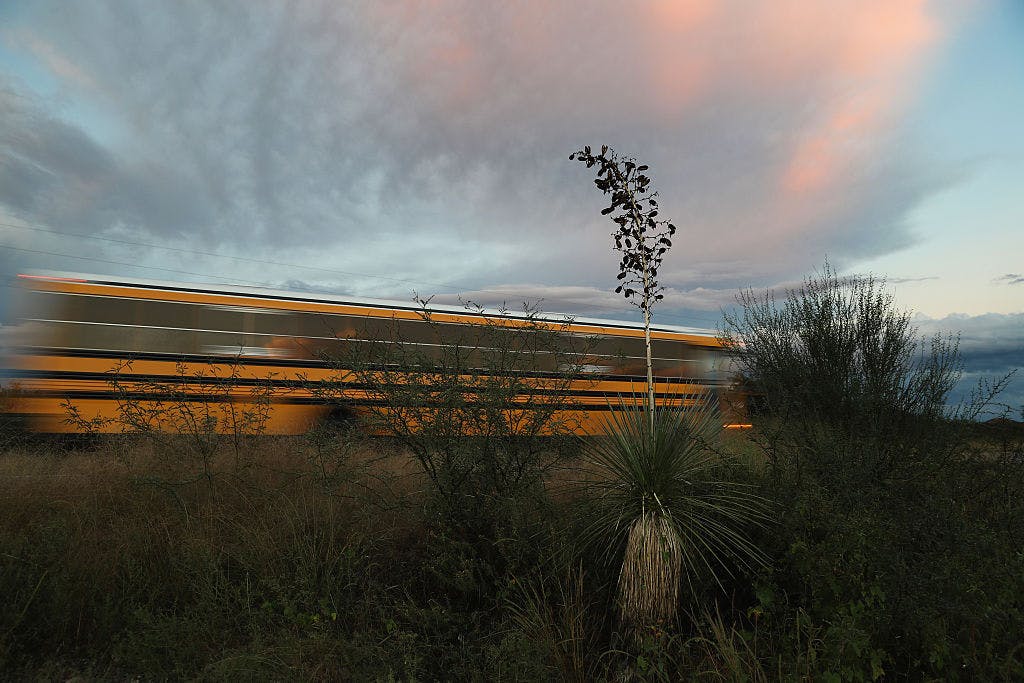 Democracy Is Booming
More Texans are on pace to register to vote since the March primaries than in any of the past three presidential election years. According to the Austin American-Statesman, 764,000 voters have signed up since the primaries, putting the state on pace to blow by recent presidential election years: 2004 saw 834,000 registrations between March 1 and the October 11 registration deadline, while 2008 saw 823,000 post-primary registrations and 581,000 registered in 2012 (the primary was held in May that year). The surge has put Texas just a tick under 15 million registered voters, compared to the statewide voting age population of 19.3 million. The Statesman says the recent registration surge should help the Democrats, since there are a lot of women, Hispanics, and young people among the new registrants. Of course, the surge isn’t necessarily predictive of a high voter turnout, which Texas isn’t particularly good at. As the Statesman notes, nearly three-quarters of the state’s voting age population was registered to vote in 2012, but only 58.6 percent actually cast their ballots that year.

Southern Hostility
The Dallas Morning News noticed that a British newspaper recently said some not-nice things about Dallas. Travel writers for the Independent, a newspaper serving the United Kingdom, gave their picks for the world’s least-friendly cities, and Dallas was at the top (or bottom?) of the list. “Texas is a land apart, a big-hearted state with three warm and welcoming cities: Houston, Austin and San Antonio,” wrote Independent travel writer Simon Calder. Thanks, Simon! “But not Dallas.” Oh. Apparently, Calder found Dallas to be “grudging,” instead of making him feel “appreciated at least for the income” he brought. Calder quoted a Dallasite who said, “Shopping and eating, that’s all this town is good for,” though Calder praised the city’s history and art museums. To recap: shopping, food, history, art—Dallas is good at each of these things. So, uh, what else is there? It’s unclear exactly what made the Big D seem so unfriendly to this Brit. Overall, the Independent‘s write-up is probably the weakest criticism of Dallas that we’ve ever heard.

Food Stuff
The Texas Rangers are in the playoffs, and the concession stands at Globe Life Park will be serving up some special, Frankenstein-esque offerings sure to cause Rangers fans more gastrointestinal distress than a full count with two outs in the bottom of the ninth of a tie ball game. The Rangers’ culinary experimentation is certainly not new, but this most recent round of creations is particularly grotesque. Seriously, just look at these monstrosities. It’s like the Rangers hired Hieronymus Bosch as head chef or something. Among the new additions, according to the Dallas Morning News: a two-pound $27 “Atomic Burger,” with bacon, cheese, and spicy “ghost pepper sauce”; the “TamArlington Dog,” a $12 concoction involving a tamale, a hot dog, and a ton of chili-cheese; and the “Never Ever Quit (NEQ) Sandwich,” a Philly cheesesteak with fried jalapeño slices, onion rings, waffle fries, mozzarella sticks, and Captain Morgan dipping sauce. Those are all pretty awful, but it’s the “Popcornopolis Pita” that will send you straight to therapy: a pita-from-hell stuffed with smoked brisket, mac and cheese, and (why, God, why?) caramel popcorn. The worst may be yet to come. According to the Morning News, the Rangers are expected to roll out two or three new items for each playoff round the team advances. We’re not sure our guts can take a World Series run.

One of George W.’s daughters showed up at a Hillary Clinton fundraiser San Antonio Express-News

More African and Asian immigrants are passing through Central America and Mexico into the U.S. Texas Standard