“I know I’m going to win the election.”

—Former pro-wrestler Booker T, to KHOU. The ex-WWE star announced his bid for mayor of Houston last month, and, as any true showman would, he is already guaranteeing a victory (the election isn’t for another three years). 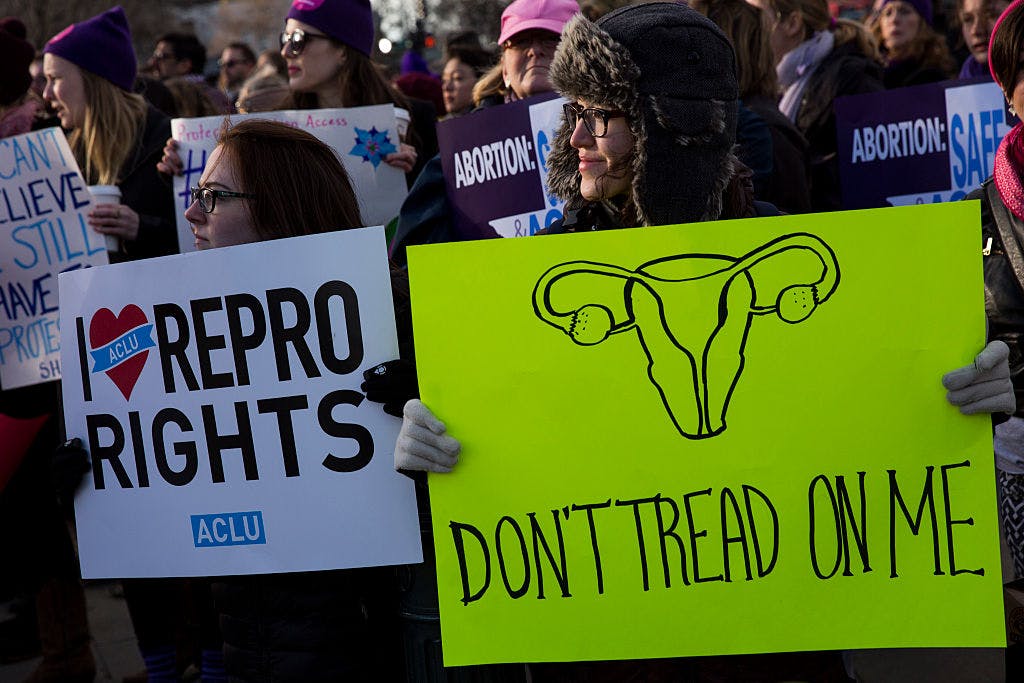 Fetal Positions
A federal judge heard arguments Tuesday in the lawsuit filed by women’s healthcare providers against Texas, challenging the state’s new rules requiring fetal remains be buried or cremated. According to the Texas Tribune, the U.S District Court room in Austin was “nearly packed to capacity” for the day-long hearing. Attorneys and witnesses for the women’s healthcare providers argued that the rule is too “vague,” has no public health benefit, and could potentially be extremely costly for healthcare providers, funeral homes, and women obtaining abortions. The arguments echoed the loudest criticism against the rule: that it is simply a way for the state to strip women from access to safe abortion services. On the flip side, a representative of the Texas Department of State Health Services argued that the costs for providers wouldn’t be that bad. “We wanted to ensure our rules promoted human dignity,” Jennifer Sims, deputy commissioner of DSHS, said in the hearing, adding that the department wanted to ensure the rules were in line with Texas’s conservative values, according to the Houston Chronicle. She also said the agency never reached out to any hospitals, abortion clinics, funeral homes, or crematoriums while shaping the rule. The hearing didn’t go very well for the state. According to the Austin American-Statesman, Judge Sam Sparks became “visibly frustrated” at Texas’s attorneys at one point in the hearing, apparently because it became clear the rule, which prohibits fetal remains from being discarded in landfills, kind of goes against another state law that says cremated ashes can be scattered on any private property with the owner’s consent. Sparks demanded answers from the state’s legal team, which is expected to present most of its case on Wednesday. The judge issued an injunction blocking the rule after the lawsuit was filed last month, and, according to the Chronicle, he’s expected to make a final decision in the case on Friday.

Lockheed Meeting
Leo Mackay Jr., a senior vice president for Lockheed Martin and a native of San Antonio, met with President-elect Donald Trump in New York City on Tuesday, according to McClatchy. The meeting came almost two weeks after Trump threatened on Twitter that he was considering possibly cutting back on manufacturing Lockheed’s Fort Worth-made F-35 plane, leaving Cowtown pretty shaken up, given the city’s economic dependence on the plane’s production. But Tuesday’s meeting apparently had nothing to do with that stuff. Instead, it seems Trump may be considering Mackay to fill one of his last open cabinet positions, secretary of veterans affairs. The pair met for about twenty minutes, and afterward Mackay confirmed to reporters that they talked about veterans issues and not about the F-35. Mackay is a Navy vet, and he served as deputy secretary of veterans affairs from 2001 to 2003 under President George W. Bush, so he’s no stranger to politics.

New Year, Same Stuff
Well, it sure doesn’t seem like one of Texas’s New Year’s resolutions is to cut back on suing the feds. Just three days into 2017, Texas filed its first lawsuit against the federal government, this time in an attempt to force the Food and Drug Administration to fork over a shipment of execution drugs bound for Texas. According to the Dallas Morning News, the lawsuit stems from the FDA’s tentative decision in April denying Texas a shipment of 1,000 vials of sodium thiopental, a drug Texas wants to use for executions, on the basis that it lacked required warnings and directions and needed federal approval first. The feds initially intercepted the shipment at Houston’s George Bush Intercontinental Airport in July 2015, but they still haven’t made an official final decision on whether Texas can have the stuff or not, so Attorney General Ken Paxton is using the lawsuit to try to get them to turn over the drugs. “Because FDA’s delay is unreasonable, TDCJ requests the Court to declare that the delay is unlawful and compel FDA to render a final admissibility decision,” the lawsuit says.

Party Crasher
A teenage girl who was body-slammed by a McKinney police officer during a pool party in 2015 has filed a lawsuit against the ex-cop and the city of McKinney, seeking $5 million in damages, according to the Dallas Morning News. The girl was fifteen-years old when former Corporal Eric Casebolt, while responding to a “rowdy” pool party in an affluent McKinney neighborhood, forcefully threw her to the ground and pinned her arms behind her back as she cried. The entire incident was caught on video, and the footage quickly went viral. Casebolt resigned shortly after the incident, and McKinney Police Department officials publicly decried his actions. A grand jury decided not to file charges against him. The lawsuit alleges Casebolt used excessive force against the girl and held her without probable cause, and alleges the city didn’t train its officers properly. According to the Morning News, the city denied the allegations.