“It shocked me at first. And I kind of thought about it, and I was like, ‘Yeah! I’m a passer. That’s what I do. I create. I create and I give people opportunities to make them happy, to make them score.'”

—Houston Rockets point guard James Harden to Bleacher Report. New Rockets head coach Mike D’Antoni has apparently made the scorer into a distributor this season. According to Bleacher Report, when Harden got word that his coach said he hopes Harden can double last season’s assists output—which would mean an average of fifteen dimes per game—Harden balked, saying “coach trippin’.” Of course, that was before Wednesday night’s season-opener, when Harden dropped a career-high seventeen assists. Now, if only D’Antoni can get Harden to improve his defense just a little… 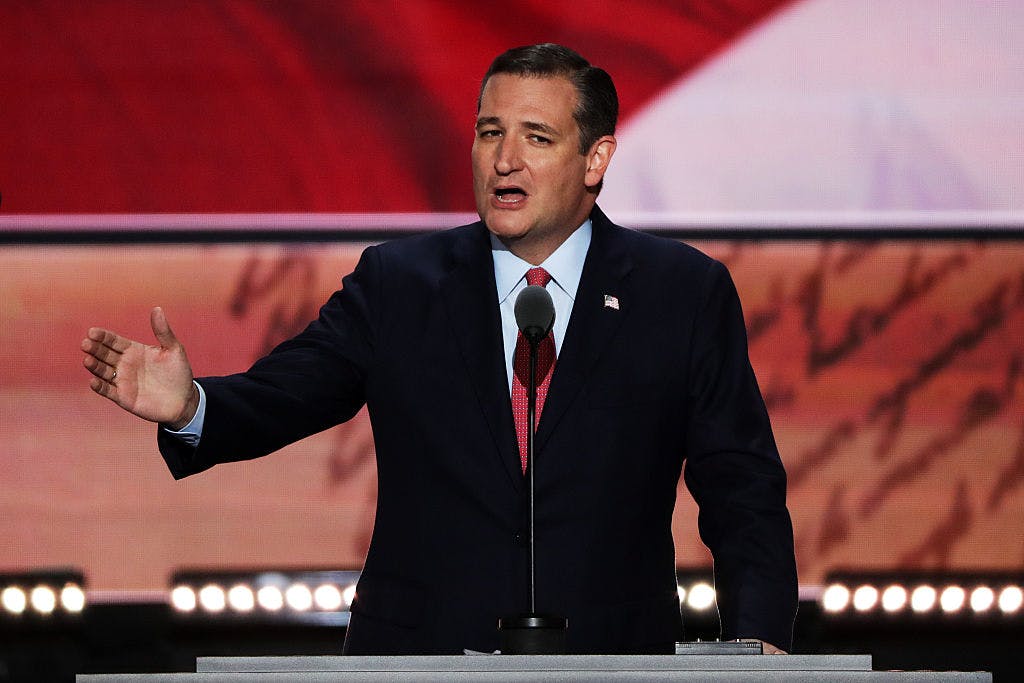 Crazy Eight
Senator Ted Cruz apparently thinks the U.S. Supreme Court is getting along just fine with just eight justices, and he indicated that Republicans in the Senate could continue to block any nominee that comes from Hillary Clinton, should the Democratic candidate win the presidential election. “You know, I think there will be plenty of time for debate on that issue,” Cruz told reporters in Colorado on Wednesday, according to the Washington Post. “There is certainly long historical precedent for a Supreme Court with fewer justices. I would note, just recently, that Justice Breyer observed that the vacancy is not impacting the ability of the court to do its job. That’s a debate that we are going to have.” Cruz isn’t the only high-profile Republican senator to say that SCOTUS can keep playing down a man or a woman. As the Post notes, Senator John McCain recently said Republicans would be “united against any nominee” put forward by Clinton, similarly to how Republicans have been blockading SCOTUS nominee Merrick Garland for months. Anyway, Cruz’s latest comments aren’t necessarily surprising, but they do seem to go against comments he made back in February, shortly after Justice Antonin Scalia’s death in West Texas left the SCOTUS spot in question up for grabs. In February, Cruz tweeted: “Justice Scalia was an American hero. We owe it to him, & the Nation, for the Senate to ensure that the next President names his replacement.” But with polls consistently indicating that an Election Day victory for Republican presidential candidate Donald Trump is unlikely, Cruz apparently seems to think that the next president maybe shouldn’t get to name Scalia’s replacement. “I think for those of us who care passionately about the Constitution and Bill of Rights, who care about free speech and religious liberty and the Second Amendment, the best way to protect those rights is to win on Election Day so that we see strong conservatives nominated to the court, and maintain a Republican majority in the Senate to confirm those strong conservatives,” Cruz told reporters Wednesday.

Foster Care Crisis
State legislators held a hearing on Wednesday to address Texas’s ongoing foster care failures and review a new $53.3 million proposal to overhaul the system, according to the Texas Tribune. Lawmakers on the Senate Finance Committee were pretty tough on Department of Family and Protective Services Commissioner Hank Whitman, the guy Governor Greg Abbott recently put in charge of the departmental facelift. “You can beat on me all day, I’m a tough guy, beat on me, I don’t care,” Whitman said during the hearing. “But I’m telling you right now, we need help, and it’s in a monetary way.” Legislators said Whitman hasn’t done enough to improve the system. They were particularly critical of his proposed spending plan’s failure to include higher pay for caseworkers, and of the department’s continued failure to reach nearly 2,800 high-risk foster care kids who haven’t had visits from caseworkers in weeks or months. According to the Houston Chronicle, lawmakers demanded these kids be located and sent a special squad of state police out across the state on Thursday to find them. “Get the National Guard or the Texas Rangers or whoever out to each house to see these kids now,” Senator John Whitmire of Houston said at the hearing. “Hell, they may die before we get there.”

Bad Angle
Justin Timberlake’s celebrity voting booth selfie in Tennessee seems to have sparked discussion of one of the more important issues we face here in 2016: can you take a ballot selfie? In Texas, the answer is no. According to the Texas Tribune, state law prohibits the use of “wireless communication device” or “any mechanical or electronic means of recording images or sound” within 100 feet of a polling station. But if you get an extra-long selfie stick and can maneuver it a little… er, no. Just no. Don’t do that. But it’s not like you’d do time for snapping a selfie—there are no criminal penalties to enforce this particular law—but if a poll worker catches you making the duck face, then an election judge could kick you out of the voting station. Texans are apparently unfazed by the legal limits on their self-expression, considering they are already flocking to polling stations in record numbers to vote. But if there’s no selfie to record such an important event, then did it really even happen? There is, however, a loophole: the law does not apply to those casting absentee ballots. So selfie at will, absentee voters, but please, keep your distance.

Half-Baked
A small group of conservative students at the University of Texas at Austin held a kind of racist bake sale on Wednesday to protest affirmative action, selling cookies at different prices for people of different races ($1.50 for Asian males, 75 cents for white females and 25 cents for Hispanic females). Uh, have they never eaten a black-and-white cookie? According to the student newspaper, the Daily Texan, other students weren’t thrilled with the mix of sweet pastries and sour race relations, and about three hundred students showed up to counter-protest the bake sale, chanting “racists go home.” In a statement, the university’s vice president for diversity and community engagement criticized the bake sale, calling the anti-affirmative action protest “inflammatory and demeaning.” Not only did the anti-affirmative action protesters violate the nonpartisan sanctity of the bake sale—a very important thing—they also didn’t appear to have even baked anything. Reselling store-bought cookies is grounds for a counter-protest all on its own.