“Our future depends upon you casting a ballot.”

—George W. Bush in a video clip on NBC’s The Tonight Show with Jimmy Fallon, according to the Dallas Morning News. Bush encouraged people to vote—but did not say who we should vote for—in the video clip, alongside cast from the musical Hamilton, rapper Nas, Senator Elizabeth Warren, and others. 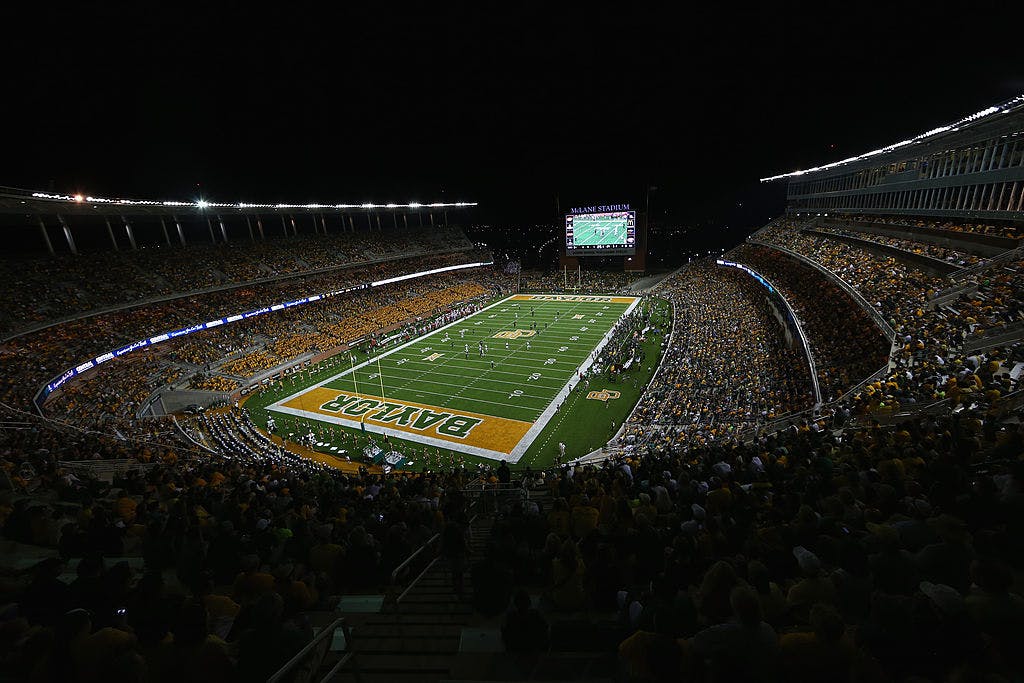 Title IX Trouble
On Wednesday morning, less than two days after she resigned from her post as Baylor’s Title IX coordinator, Patty Crawford sat down with CBS This Morning for a lengthy interview to explain her side of what went down in Waco. “I think Baylor set me up to fail from the beginning,” Crawford told CBS. “The harder I worked, the more resistance I received from senior leadership.” Crawford said that while she was Title IX coordinator—a role that includes handling cases of sexual assault—reports at the office increased “700 percent,” but that “it became clear that was not something the university wanted.” Crawford didn’t name names, saying only that the resistance came from “a group of senior leaders” who were “protecting the brand” of the university. When prompted, Crawford also said that she believes the systemic failures at Baylor described in a report by independent law firm Pepper Hamilton continue to this day. Crawford said she recently filed a complaint with the U.S. Office of Civil Rights, alleging Baylor officials retaliated against her for doing her job and, in general, violated Title IX regulations. “I never had the authority, the resources, or the independence to do the job appropriately,” Crawford said. She also alleged that Baylor continuously left her out of the loop and made decisions without her, “based on more protection of the brand than protection of our students.” After Crawford resigned Monday night, Baylor released a statement saying that she had demanded $1 million dollars and asked to “retain book and movie rights” while the two sides were attempting to negotiate a settlement. Crawford’s lawyer responded to that statement on CBS, saying only that Baylor violated state law by discussing what went on during mediation “in a desperate attempt to smear Patty.” Meanwhile, Baylor’s already hired Crawford’s replacement. According to the Waco Tribune-Herald, Kristan Tucker, who was senior deputy Title IX coordinator at Baylor under Crawford, was promoted to the head of the office Wednesday night.

Texecution
The state of Texas executed its first death row prisoner in six months Wednesday, ending its longest execution-less streak since 2008, according to the Texas Tribune. Barney Ronald Fuller Jr. was put to death for murdering his neighbors in East Texas in 2003. He gave no last statement, and was officially ruled dead at 7:01 p.m. Wednesday evening. As the Atlantic noted, the execution was also the first in the U.S. in nearly three months. “I don’t know if this is our answer or not,” the sister of one of Fuller’s victims told the Tribune about the execution. “We’re hoping to see a closure once this has all happened.” In other Texas execution news, the U.S. Supreme Court seems close to ruling in favor of Duane Buck, a Texas death row inmate who alleges his sentencing trial was unfair because an expert witness provided by a seemingly incompetent defense attorney testified that black men are more likely to commit crimes. According to the New York Times, every single one of the justices who spoke in court Wednesday concluded that such testimony was definitely not okay.

Throwing In The Towel
Patrick Johnson, the man Austin police suspect was at least partially behind a wave of rock-throwing incidents along I-35 earlier this year, wrote a letter to the Austin American-Statesman saying that he won’t go to trial and would “rather confess and plead no contest” to the crime. Johnson’s already doing time in an unrelated conviction for sexually assaulting a minor, so at this point the rock-throwing case “is irrelevant considering I already have a 99 yr [sic] sentence,” Johnson wrote. He won’t be eligible for parole until he’s 90 years old. Johnson is facing seven felonies related to rock-throwing, including two assault charges in rock-throwing incidents that left one person with brain damage and another that left someone permanently blind in one eye. Johnson’s attorney, however, said the letter was just “an emotional response,” and said he’d keep fighting the rock-throwing allegations. Johnson’s letter didn’t include anything about why he threw rocks at cars.

Cruzin’ To Help
A little more than a week after his controversial endorsement of Republican presidential nominee Donald Trump, Senator Ted Cruz put his money where his mouth was and did some old-fashioned get-out-the-vote grunt work. According to the Fort Worth Star-Telegram, Cruz visited a Republican phone bank in Tarrant County and actually picked up the phone a few times to call potential voters and tell them to vote Republican down the ballot in November. According to the Telegram, a handful of Texans may have found a voicemail from Cruz waiting for them at home, imploring them to “support freedom, the Constitution and the Bill of Rights.” Whether Cruz’s newfound urgency to get Texans to vote for Trump is because he truly likes Trump, however, is unclear. “I’m doing everything humanly possible to defeat Hillary Clinton,” Cruz said at the phone bank, according to the Telegram. The Dallas Morning News reported Cruz also said, “Although I have long had significant concerns with Donald, by any measure, Hillary Clinton would be an absolute disaster as president.”

2016 was a challenging year for pumpkin farmers, but the harvest has turned out all right Lubbock Avalanche-Journal

More clowns. This one had a chainsaw. Great. Austin American-Statesman