“Anybody who knows the whereabouts of Kong please contact police.”

—Corpus Christi police Lieutenant Chris Hooper, to the Corpus Christi Caller-Times. Kong is a large inflatable gorilla that was stolen from its post outside a Fiat car dealership in Corpus on Sunday. His whereabouts remain unknown, despite this, uh, unique description from Hooper: “It’s a large black gorilla, wearing white sunglasses, red shorts and it’s holding a yellow car above his head.” #findKongyall 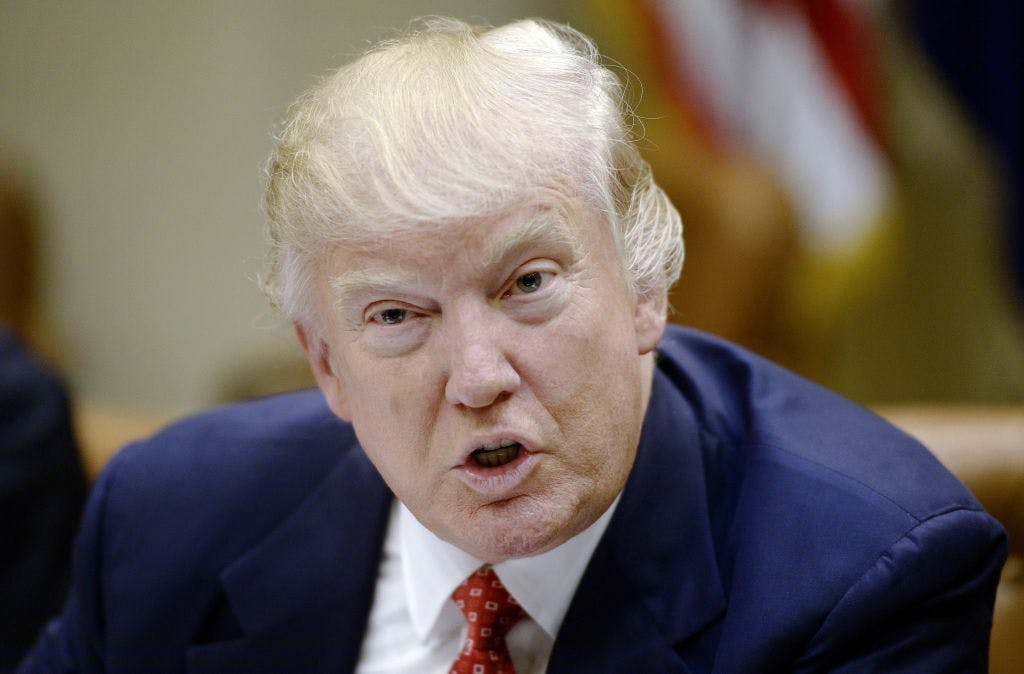 LGBT Loss
On Wednesday, President Donald Trump rolled back federal guidelines implemented by his predecessor, Barack Obama, to protect transgender students, according to the Texas Tribune. The move essentially leaves it up to the states to decide whether transgender students can use school restrooms that coordinate with their gender identity or if they must use the restrooms of their assigned-at-birth sex. Texas has been at the forefront of the national battle. As the Dallas Morning News notes, the Trump administration’s decision could serve as further fuel to the fire for Lieutenant Governor Dan Patrick, who has been championing  Senate Bill 6, a proposal that would limit where transgender people can use public restrooms. “We agree with President Trump that this is a state issue,” Patrick said in a statement. “SB 6 does not discriminate against anyone.” Texas is also the leader of a group of states that challenged the legality of Obama’s transgender protections shortly after he implemented the guidelines last May. The state successfully argued before a federal judge that the feds had overstepped their boundaries and risked forcing folks to go against their religious beliefs. In January, U.S District Judge Reed O’Connor issued a temporary injunction that blocked the guidelines. Trump’s rollback of the guidelines, however, leaves Texas to reevaluate whether it should bother moving forward with the lawsuit.”The action taken today by the Trump administration is encouraging and my office is evaluating what impact it might bear on our ongoing litigation,” Attorney General Ken Paxton said in a statement. “Our fight over the bathroom directive has always been about former President Obama’s attempt to bypass Congress and rewrite the laws to fit his political agenda for radical social change.”

Rest In Peace
Texas Monthly lost a legend on Wednesday with the passing of writer Gary Cartwright. He was among the magazine’s first hires in the early seventies and stuck around TM for most of his career, which spanned about 40 years and brought us some truly unforgettable stories. “Gary was a master storyteller,” former TM publisher Mike Levy told the Austin American-Statesman. “Great writers do three things: get the stories—in other words, get people to talk, and Gary could get anybody to talk—then put all the pieces together and have the wisdom to figure out what it meant.” The North Texas native honed his craft at the Fort Worth Press under legendary Texas sportswriter Blackie Sherrod, an integral part of a group of Sherrod-taught Texas writers that includes Bud Shrake and Dan Jenkins. “For all of his books and wonderful magazine pieces, he’ll always be remembered best for his lede on a Dallas Cowboys game, which went something like: ‘The Four Horsemen rode again yesterday. You know them: Pestilence, Famine, Death and Meredith,’” Jenkins told the Statesman. This magazine is a writer’s magazine, and, as TM‘s John Spong writes, that’s because of Cartwright. “For all the great voices that have come through Texas Monthly in the meanwhile, Cartwright’s is the chief reason the reputation persists.” You can read our collection remembrances here.

Second Chance
The U.S. Supreme Court gave a Texan sitting on death row a new lease on life, ruling on Wednesday that Duane Buck could ask for a new hearing to challenge his death sentence, according to the Houston Chronicle. Buck’s SCOTUS challenge was centered around whether or not racially-biased evidence was used to put him on death row. During the original trial, Buck’s own attorney called on a psychologist, Walter Quijano, who proceeded to tell the court that the color of Buck’s skin made him more dangerous. In the majority opinion, Chief Justice John Roberts wrote that Quijano’s testimony “coincided precisely with a particularly noxious strain of racial prejudice, which itself coincided precisely with the central question at sentencing. The effect of this unusual confluence of factors was to provide support for making a decision on life or death on the basis of race.” Roberts wrote that “Dr. Quijano’s report said, in effect, that the color of Buck’s skin made him more deserving of execution,” adding that “It would be patently unconstitutional for a state to argue that a defendant is liable to be a future danger because of his race.” So Buck’s case will be kicked back to a lower court in Houston for review.

Drunk Love
Wednesday was National Margarita Day (so, too, is today, in the sense that literally every day is National Margarita Day), and one Galveston writer took it upon himself to celebrate the occasion by restating a dubious claim: that the Texas island gave birth to the refreshing tequila-and-lime drink. “As an Islander, I will proudly boast that Santos Cruz of Galveston Island, Texas invented the Margarita,” Roane wrote on Galveston.com. “I dare you to prove me wrong. Give me your best salty shot.” Roane claims Santos Cruz fellow first thought up the margarita while bartending at The Balinese Room in Galveston, as a special concoction for singer Peggy Lee. Roane had apparently written about Cruz last year, too, but after a year’s worth of margaritas it must have been time for a refresher. Anyway, Roane threw some shade at Texas Monthly, claiming we erroneously identified the inventor of the margarita in a 1974 story. “They go on and on about some guy, Pancho Morales, who drives a milk truck in El Paso,” Roane writes. Well, Roane, we’re sticking to our story. It’s worth noting that Galveston.com is the “official website of Galveston tourism and marketing,” so the story was probably mixed in favor of the island. After all, who wouldn’t want be known as the first Margarita City? We can debate the issue over ‘ritas.