Reporters at the Austin American-Statesman managed an impressive feat yesterday. Not only did they create the best homage to the Rick Perry post-mugshot photo at Sandy’s, they also gave it an appropriate name: say hello to #Perrying: 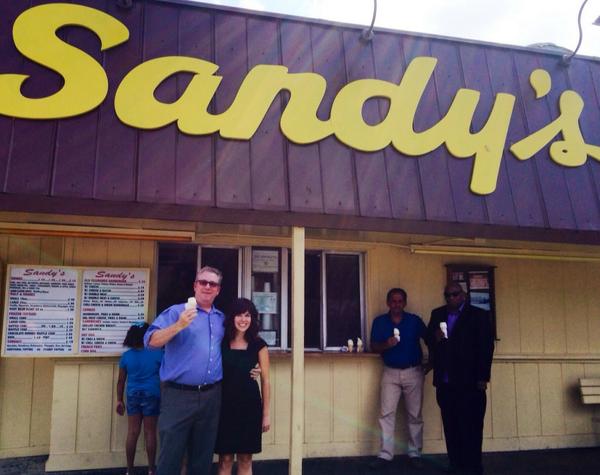 Matthew McConaughey proudly sported a fanny pack while watching the Astros play the Red Socks yesterday. “‘I’m not afraid of the fanny pack,” declared McConaughey, before offering a little fanny fashion advice. “You gotta kind of put it on the side to make it look a little not as nerdy, but still, practicality wins out.'” Uranium, Texas — Great news for any Texan with a desire to become a superhero by being exposed to radioactive material: Texas now has uranium. The only caveat is that you’ll have to dig it up. “Depleted uranium from federal energy facilities can be buried at a nuclear-waste dumping site in West Texas, state regulators decided Wednesday,” according to the Associated Press. “The 3-0 vote by the Texas Commission on Environmental Quality also will triple the Dallas-based Waste Control Specialists facility’s capacity of storing low-level radioactive waste from the majority of U.S. states — going from 2.3 million cubic feet to 9 million cubic feet.” For those worried about contamination, don’t worry. To “ensure safety, the depleted uranium will be disposed of at the greatest depth possible, commission spokeswoman Andrea Morrow has said.” Also, it’ll be cost-effective for the burial company. The same vote approving the uranium also reduced “the amount of money the company is required to have available to fund potential liabilities” by $50 million. Because lax liability has gone over so well when it comes to other containment areas, like fertilizer plants. On the plus side, the decision was done efficiently. “Commissioners made no comment about the amendment before voting. A call seeking comment from commission Chairman Bryan W. Shaw was not immediately returned Wednesday.”

Just Plain Sick — In Texas, there’s a triple combo you really don’t want to be: poor, sick and Hispanic. A new report found that “nearly 600,000 of the state’s Hispanics who would have benefited from Medicaid expansion are going without coverage,” according to the San Antonio Express-News, which offered one bit of despressing news after another. “Texas Latinos are disproportionately represented among those falling into the Medicaid coverage gap, accounting for 60 percent of all Texans who earn too much to qualify for Medicaid assistance and too little to qualify for health insurance tax credits — even though Hispanics account for only 38 percent of the state’s population.” New Obamacare regulations would have allowed for more to be covered by expanding Medicaid eligibility requirements, but Texas is one of 24 states that thougt it best to nix any expansion. At least Texas is consistant in not providing health care for the population group that will become majority by 2050. As the story notes, “little more than half … without health insurance are Latino.”

For The Love of the Money — Dallas Cowboys owner Jerry Jones knows that though he’s had Akins and Sanders on the team, it’s really all about the benjamins. Like McDonald’s marking how many hamburgers it sells, the Cowboys have become the first team to top $3 billion in value, reports the Associated Press. Officially at $3.2 billion, only the soccer team Real Madrid is worth more by a mere $800,000. For what used to be just a game, the numbers are somewhat staggering. “Dallas posted the NFL’s highest revenue, $560 million, and operating income, $246 million. … For the 2013 season, the average NFL team generated record revenue of $299 million and operating income of $53 million.” In the NFL, even when you’re not that good, you’re still doing good. As the Houston Business Journal notes, even though the home-town team had the worst record last year, “For the third year in a row, the Texans held onto their No. 5 spot on Forbes’ ‘The NFL’s Most Valuable Teams’ list, with a value of $1.85 billion. That’s up 27.5 percent from $1.45 billion a year ago.”

Media Mishaps — The Washington Post has apologized for declaring “We’ll Need More Fajitas” in a headline meant to announce the popularity of new resident (and former San Antonio mayor) Julian Castro. Once word got out, the author of the piece offered a very detail-specific, buck-passing apology. “”The copy editor who wrote it — a brilliant and supremely reliable colleague who had a bad day — was attempting to evoke the Texas origins of the secretary and his aides. He has apologized.” The offending headline, the excuse for which seems reasonable enough was later corrected to something that, while not offensive, made almost no sense as a sentence in English: “Castro aides with him.”

UT Medical School Deans Thanks Livestrong for Donation, Should Watch His Phrasing