Image of the day

Someone tried to send cocaine-stuffed tamales to the United States, according to ABC News. They were seized at the Houston airport. 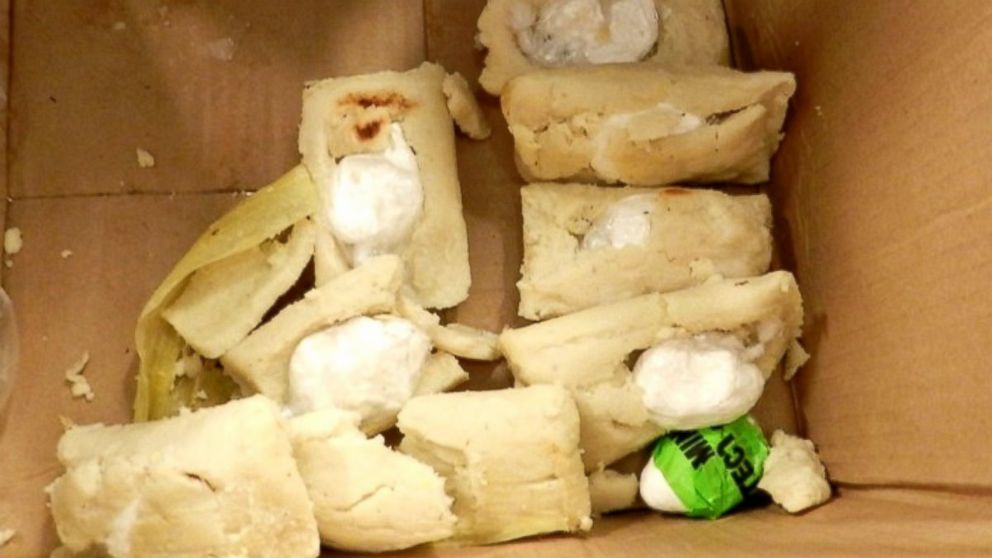 Over the weekend at SpaceX’s facility in McGregor, the private space company attempted a test flight of its reusable rocket, which one day might be able to send supplies and personnel. The rocket experienced an “anomaly” and self-destructed, making it one of the more expensive firework displays to date:

The War In Rio Grande — At least one positive thing is coming out of the Ferguson, Missouri, disaster: people are taking a serious look at the militarization of the police. Hot off the heels of a similar Lubbock Avalanche-Journal piece from last weekend, The Monitor has published the first in a two-part serious examining the use of military equipment for its local law enforcement. “In the last eight years, more than $5.32 million worth of military equipment has flowed to law enforcement in three Rio Grande Valley counties from the U.S. Department of Defense,” reports The Monitor. “… More than 78 percent of the $5.32 million worth of military equipment that came to the South Texas area went to Hidalgo County. … High powered rifles of various calibers. Pistols. Night scopes. Smoke goggles. Combat boots.” Officials said the heavy duty tools are mainly for the SWAT team and they’re even send back some of the M-16s (after using them). The slightly hilarious part? “[I]nexplicably, an unidentified Hidalgo County law enforcement agency in April 2013 acquired 92 pairs of assault snowshoes.”

Cashing In — RickPAC, a political action committee supporting Governor Rick Perry, is selling a $25-t-shirt that turns lemons into lemonade. “The front features Perry’s mug shot and says he is ‘wanted’ for ‘securing the border and defeating Democrats,'” according to the Texas Tribune. “The back shows the unflattering mug shot snapped of Travis County District Attorney Rosemary Lehmberg following her arrest for drunken driving. The shirt says she is ‘guilty’ of ‘driving while intoxicated and perversion of justice’. … The wide visibility of that swag shows just how quickly Perry’s backer — in an ironic twist – have sought to exploit his legal troubles to boost his political profile.” But that swag money is apparently not going toward relieving taxpayers of Perry’s legal bill. Perry said “he will tap his campaign account to pay for his defense from this point forward — a reversal of his initial plans  … But it was unclear whether his campaign would repay the $80,000 in state funds that Texas Comptroller Susan Combs had already authorized be paid to the firm of one of his criminal defense attorneys…”

A Slight Chance Of Good News — Forget the cloud having a silver lining, we want that rain. “[A] new report from the Climate Prediction Center states that drought conditions in Texas most likely will improve or end by the end of the year,” according to the Associated Press. “The only area in Texas that will experience persistent or intensified drought conditions is the southern point of the state. … Unfortunately, [Victor Murphy, climate services program manager for the National Weather Service] said although wet conditions will return, the drought’s symptoms may never leave. … ‘I’ll be honest, I’m not sure it’s ever going get to back to where it was,'” said Murphy, sunning on everyone’s parade.

Crusading Science — Clearly confused on how faith and science work (and ironically, proving a lot of Proverbs absolutely correct), a group of “scientists” in Dallas are attempting to prove the Biblical story of creation. “[At] the Institute for Creation Research in northwest Dallas, a group of nine Ph.D.s from places like Harvard and Los Alamos National Laboratory say all that molecules-to-man stuff is nonsense,” according to the Dallas Morning News. “‘Our attempt is to demonstrate that the Bible is accurate, not just religiously authoritative,’ said Henry Morris III, CEO of the nonprofit with a 49-person payroll and an annual budget in the $7 million range.” The Morning News piece does offer some evidence the group found to support its claim, but according to the group’s research director (an astrophysicist), their effort really is mostly in vain. ‘”[Lisle] said he has no chance of winning a Nobel Prize, even if he makes a groundbreaking discovery. Secular scientists, he said, would never bestow the field’s highest honor on a creationist.”

Where The Bison Roam — “The state’s historic bison herd just got more room to roam in a West Texas park,” reports NBCDFW. “About 100 bison descended from the Southern Plains herd now have access to 10,000 acres in Caprock Canyons State Park. Park staff last week opened the acres up to the animals that are members of the Official Texas State Bison Herd.” Intially, the Bison weren’t too eager to go on a walkabout and had to be coaxed/tricked. “And when they saw the bison metal cutouts (an art installation), they took off running to them. When they figured out they weren’t really bison, they moved on,” the park’s superintendent told the Amarillo Globe-News. The expansion is “a big step [in] widening the animal’s access” even if the bison appear to have only “settled into an area of about 200 acres.”

A Tour Through the State’s ‘Rough Country’

‘Dozens’ of Chests on Display in San Antonio