“Let’s get a pull up bar out there and see who can do more pull ups.”

– Rick Perry in his latest squabble with Donald Trump

For an example of how a Texas presidential candidate can look a little less desperate, here’s Ted Cruz with a cool-for-a-politician joke about interning for him: 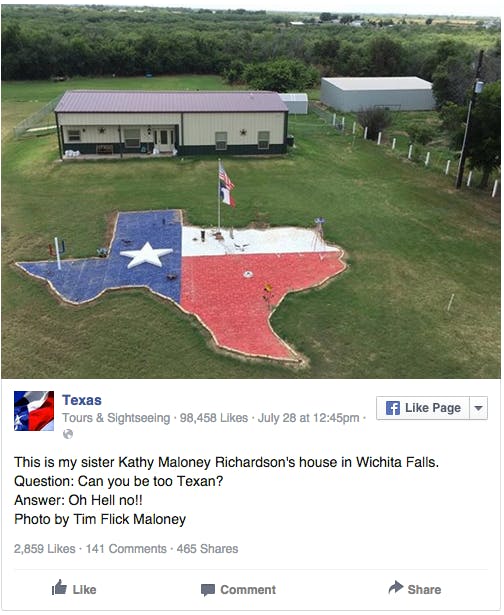 Parenthood Problems – Planned Parenthood took a beating yesterday during a Senate Health and Human Services Committee meeting, which focused on the ongoing investigation into secret videos taken of the group’s leaders. Whether or not it would have helped if Planned Parenthood had actually attended is debatable. “In a letter, Planned Parenthood of Texas rejected a senate committee’s invitation to share details about whether or not any of their clinics are profiting from the sale of fetal tissue samples,” reports Texas Public Radio. Attorney General Ken Paxton was in attendance, and he offered a few details about his office’s ongoing investigation. “Paxton said his office had ‘gained possession’ of ‘hours of recordings’ involving a Planned Parenthood clinic in Texas as part of its inquiry into Planned Parenthood’s practices regarding fetal tissue donation in Texas. Paxton declined to go into specifics about the recordings and how they were obtained,” according to the Texas Tribune. The subject of the hearing was pretty grim, but at least there was one slightly humorous moment just after the proceedings. In an effort to avoid reporters who want to know about the grand jury probe into Paxton’s unrelated felonious activities, the attorney general tried to dodge “much of the press by diverting his staff out the back door while exiting himself out the front,” writes the San Antonio Express-News.

Death in the Jailhouse – Prompted by Sandra Bland’s death, the Houston Chronicle has an interesting, if sad, look at suicides in Texas jails. Since September of 2009, “when state regulators began tracking those statistics,” 140 people have killed themselves with in custody in Texas county jails. Bland’s suicide follows a larger trend, it seems. “Of the 140 suicides, the overwhelming manner of death was by hanging, according to state records. Inmates used linens to kill themselves in 76 cases; clothes in 21 cases; phone cords or other cords in 18 cases, and bags in six cases.” As the story notes, “The numbers represent more than a quarter of the 501 deaths in county lockups during the last six years and a fraction of the approximately million bookings that occur in the state’s more than 240 county jails.” The piece, a must read on the subject, goes on to detail the challenges jail officials face when trying to control inmates..

Bruised (Organic) Fruit – Every bougie person’s favorite grocery store took a hit in profits thanks to its very capitalistic practices. “Whole Foods Market executives said Wednesday that negative media attention from its overcharging of customers in New York earlier this year hurt the company’s sales and contributed to an earnings report that didn’t impress Wall Street,” writes the Austin American-Statesman. “Whole Foods said its same-store sales plummeted from 2.6 percent in the first 10 weeks of its third quarter to less than half a percent after the New York overpricing story broke.” Don’t feel too bad for the local food store national corporation, though. The company’s “hurt” sales just means Whole Foods didn’t do as well as it wanted. It “reported third-quarter earnings per share of 43 cents and revenue of $3.63 billion. … Analysts had projected earnings per share of 45 cents and $3.69 billion in revenue.”

Game Replay – People just can’t get enough of Friday Night Lights, the book/movie/TV/idea that seems to sum up everyone’s favorite feelings about backwoods-but-earnest Texas. Milking one of his only notable contributions, self-involved blowhard Buzz Bissinger is releasing a 25th anniversary edition of his book about Odessa and its football team. In conjunction with that, Sports Illustrated has not only excerpted the book, but put together a sorta-interesting video that focuses on a few of the book’s characters and their reflections a quarter of a century later. Former players Ivory Christian, Brian Chavez and Mike Winchell, as well as photographer Robert Clark, offer a little bit of commentary in Sports Illustrated’s five-minute retrospective. And if you want even more rehashing, the magazine also sat down with Bissinger for its SI Vault podcast. Clear nostalgia, full wallets, can’t lose.

“How Many of These Texas City Nicknames Do You Know?”

The Music Capitol of the World? Musicians Are Beginning to Argue with That

Officially, Jesus Can’t Welcome You, But Jesus-Loving Businesses Can